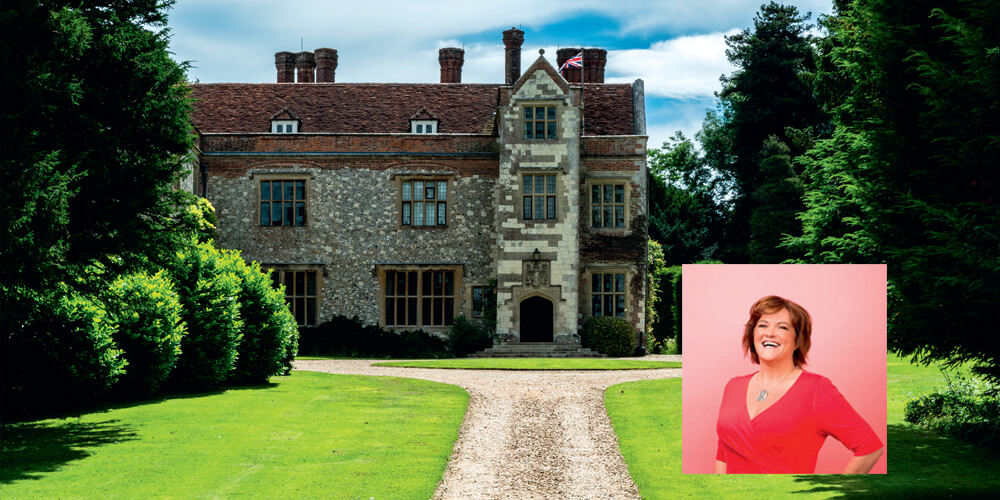 Caroline Jane Knight has a story to tell about a grand English estate in a little country village, a family of landed gentry that can be traced back 400 years and a great aunt by the name of Jane Austen.

Knight, who now lives in Melbourne, kept her ancestry as Jane Austen’s fifth great niece hidden until recently. Not only did she want to forge a business career on her own merits, without the shadow of one of the world’s greatest literary figures looming over her, but she wasn’t inclined to go public about her family’s heartbreaking loss of the Chawton House estate where Austen lived and wrote her most celebrated novels, including Pride and Prejudice, Sense and Sensibility, Emma, Persuasion and Northanger Abbey.

But living in Australia for the past nine years has encouraged Knight to relax her British stiff upper lip and she has now written a book, My Austen Heritage and will visit the Coast in July to speak at Voices on the Coast.

Knight is a direct descendent of Jane’s brother, Edward Knight and until the age of 18, she lived at Chawton House (Jane lived at Chawton Cottage 400 metres from the main house) walking the same paths as Jane, dining at the same table, eating off the same Wedgwood dinner set and reading in the same library, which held 3000 books.

Knight and her family were forced to leave the estate when her great grandfather, Edward Knight III, the 15th Squire of Chawton, passed away.

“What happened to us with Chawton was effectively running out of money and the estate becoming bankrupt. That’s happened to 95 per cent of the ancestral homes of England. It’s due to social and economic changes at the end of the 19th century and early part of the 20th century. It was designed to redistribute the wealth away from the landed gentry, who owned everything. It was the right thing to do but when 15 generations come before you and you can’t keep it, it’s not necessarily a time for celebration or talking.

“It wouldn’t have been a story I would have ever told,” she says. “For me it has been very challenging to write about – the loss of our ancestral home after 400 years had been difficult. Four years ago was the anniversary of the publishing of Pride and Prejudice and I ended up going to the celebrations in Melbourne at the Jane Austen Society. It was just a
life-changing day. The first thing I realised was just how popular Jane has become globally today. It was the first time I had stood with the Jane Austen crowd and said who I was and talked about my connection, and the interest was just overwhelming.”

In the 200 years since Austen published Pride and Prejudice there have been more than 70 film and TV adaptations of Austen and her work – there’s even a Pride and Prejudice and Zombies book and film. In 2014, Knight set up the Jane Austen Literacy Foundation as a way to channel the growing Austen mania towards a good cause.

“The Jane Austen Literacy Foundation came way before the book,” Knight says. “There’s this huge Austen following and I just thought, if there are all these people getting together for events, festivals, high teas in all these societies across the world, there has got to be a way I can harness that passion for Jane by encouraging the community to contribute to literacy.”

The Jane Austen Literacy Foundation raises money to buy books for Indigenous children in remote communities of Australia, supports the programs of the Australian Literacy and Numeracy Foundation and pays for literacy kits for schools run by UNICEF in Syria, among other projects.

Knight first tried to read Pride and Prejudice at the age of nine but it was too early. When she picked it up again at age 16, it was uncanny how the theme of inheritance so closely matched her own.

“I didn’t even notice Lizzie and Darcy, I was completely distracted with what was going on with the Bennets,” she says. “Occasionally people ask me which Bennet sister are you? I think I’m Mrs Bennet, because she was the one saying what is going to become of us all? She was, although comically written, expressing the concerns that I was feeling at that time and was unable to talk about with anybody.”

Knight’s favourite Austen book isn’t the standout favourite Pride and Prejudice, but Northanger Abbey: “I think it’s fun, it’s different from the others and I think it’s the novel that best dispels the myth that Jane was a prudish, straight, woman from an English village who didn’t have much experience in life.”

Of her own writing, she says while she has published a non-fiction book, she’s not about to venture into fiction: “That will never happen. When you’re a part of Jane Austen’s family the bar is set phenomenally high. I wouldn’t even begin to try to match up with Jane.

“But I’m really pleased with my book. I’m glad I’ve contributed to the history of the family. It has been really cathartic for me. When I first started this project, we wouldn’t have been able to have this conversation; I would have been crying. But Jane backed herself and I wanted to do the same. I literally had this moment of suddenly realising that yes, I do have an interesting story and I’m going to share it.”

Continue Reading
You may also like...
Related Topics: Books, Profile