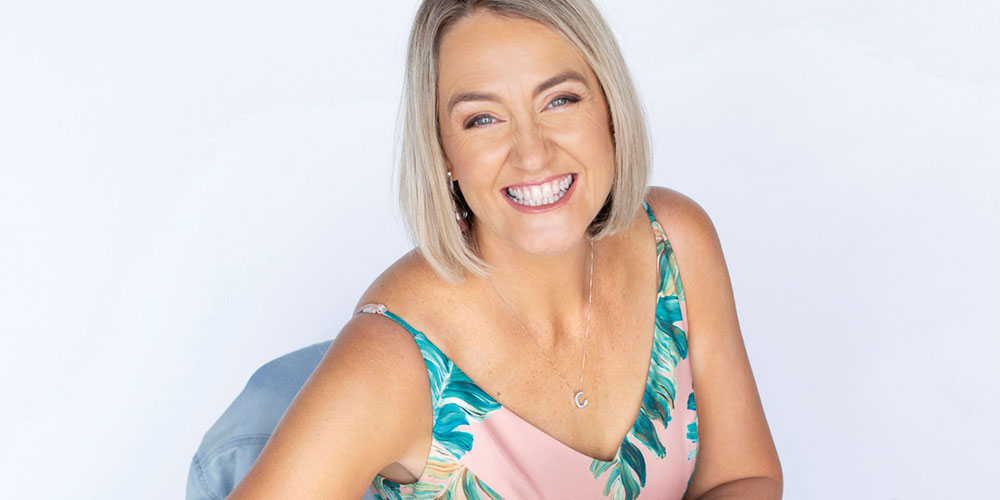 You may not immediately know the name Cass Dunn, but you’ll almost certainly have heard of her books with the catchy titles Crappy to Happy and Crappy to Happy: Love What You Do.

The clinical psychologist, podcaster and author is a guest speaker at the second annual Shine Business Women’s Conference.

“I’ll be talking about how to get that balance of doing what you love but in a way that really supports your lifestyle,” says Ms Dunn. “Women in business end up doing everything. They’re overwhelmed and exhausted and have flexibility but end up chained to their laptops. How do you structure your work to stay in that space of being inspired and creative and get paid for it?”

After moving from Brisbane for a quieter lifestyle, Ms Dunn has lived in Eudlo for almost five years. As a mindfulness meditation teacher, she thought it would be nice to have a country space with animals, out of the city, where she could teach classes.

“My husband always wanted to be near the beach and we eventually found this perfect property up here,” she says. “What I also really wanted to do was move my work away from one-on-one work and do more online work. I had dreams of writing a book and I ended up bringing out two books this year.”

It seems we’re swimming in information about how to live healthier, happier lives, so why aren’t more of us taking that advice on board and living our best lives?

“For some people it’s a lack of clarity,” Ms Dunn says. “I think we often get carried away with the flow of life rather than choosing a direction, taking opportunities as they come rather than being very intentional about how you want to spend your time.

“Women are their own worst enemies in terms of self-doubt, lacking confidence, perfectionism, being stuck and indecisive for fear of making a wrong decision. It’s a big theme that seems to filter through, whether in health and fitness or work, just in life generally – that constant self-criticism and overthinking every little thing. Overthinking but through a negative lens, looking for the problems as opposed to the solutions.

“Underneath it there can be a bit of self-sabotage,” she adds. “As a coach and psychologist, I know there’s a lot of stories we tell ourselves. I just came back from running a retreat in Byron Bay for 22 women. They gained a lot of insight into their own patterns and why they’re stuck. Being able to take that space away from the day to day, looking at things in a different way, away from that routine, is so helpful.

“They were able to see their patterns of people pleasing, needing to be the fixer and rescuer. They realised they gained self-worth from being all things to all people, but they weren’t really prioritising themselves. Those women have come back and are making huge changes in the way they live.”

Many can no doubt relate to the idea of self-sabotage – starting a new healthy eating or exercise plan, only to go off the rails after a few weeks. According to Ms Dunn, it happens to the best of us. “Our brain is very intent on keeping us where we are. It wants to maintain the status quo, so anything we do differently to that, it will pull us back into our hold habit. We have to understand that about how we’re wired.

“Secondly there’s a whole lot of unconscious stuff going on. A lot of people don’t recognise the mind we use for thinking, goal setting and so on is a very small part of our mind. What is going on underneath is far more powerful and it’s running interference the entire time.

“Until you have really uncovered what is going on at that unconscious level, you’re going to be continually frustrating yourself by saying you’re going to do one thing and doing the complete opposite. You have to do a bit of digging. If there’s a particular area of your life where you feel stuck and frustrated, it might be worth working with a coach or asking yourself, ‘what are the things I’ve always believed to be true about this? What’s the trade off?’ See what you can uncover.”

Finally, she says, it’s important to take a good look at your values and goals and see whether they really are in alignment.

“Sometimes it’s just the case you’ve picked the wrong goal,” she says. “The only reason you want it is because society has told you it’s what you need. Is it a goal that really matters to you at the end of the day?”

A life well lived
Daniel’s Race For A Cure