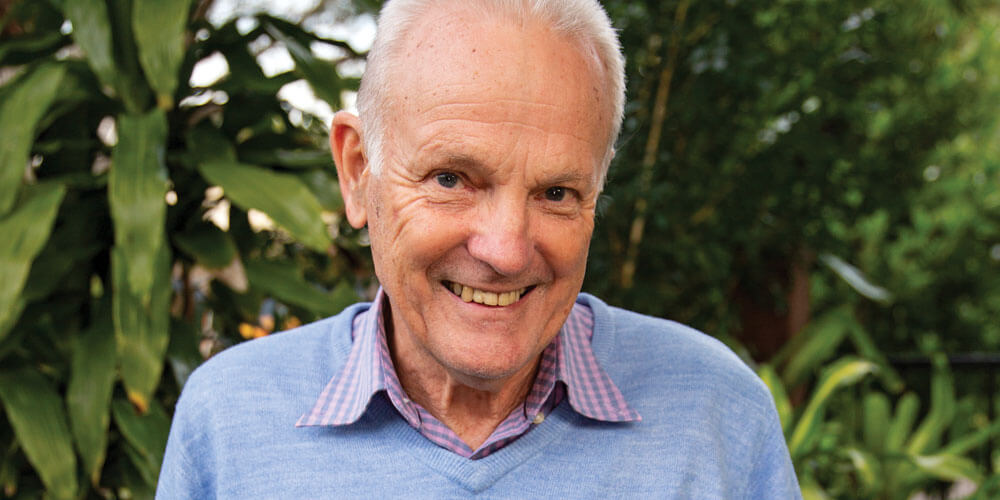 The  Buderim Foundation, would not be the successful organisation it is today without the invaluable input, creative ideas, marketing and communications expertise of John Devers.

Mr Devers was involved in the initial planning stages and launch of the organisation in 2004 until his departure from the board in 2017. During that time, the foundation has awarded 139 grants worth $459,443 to 77 organisations in the 4556 post code and distributed $154,950 worth of back-to-school vouchers. That’s a benefit of nearly $615,000 to the Buderim community.

As a communications strategy specialist for more than 40 years with large corporations and media organisations, Mr Devers is credited with being the brains behind the organisation’s successful marketing program.

“The secret is some pretty old-fashioned principles of talking within your neighbourhoods and networks about the possibility of making a bequest, giving a donation, participating in an event, contributing your time and talent to the work the foundation does.

“The foundation developed an ambassador program pretty early on in its life simply for the purpose of talking positively about the work the foundation does. That ambassador army has grown to around 400 people. You think about the power of that when conversations are had with neighbours and families. A sticker gets put on your car or your mailbox – ‘I’m a Buderim Foundation ambassador’ – it’s good old-fashioned promotion that works, especially when its face-to-face and based on quality relationships.”

Mr Devers has been inspired by the Buderim War Memorial Community Association (BWMCA), as well as family members who served in WWI and WWII as well as all Australians past and present who have served Australia in the armed forces.

“I’m also influenced by Hugh Mackay, the social researcher. He says it’s not where you live but how you live – we need communities and communities need us.”

Mr Devers implemented a number of successful marketing strategies during his 13 years with the organisation, including being the principle contact with the foundation’s three sponsors, Buderim Pharmacy, Edenlea on Buderim and Sunshine Toyota.

“Their donations have underpinned the cost base of the organisation, which has enabled us to say that if you donate a dollar, that whole dollar goes into the fund and never gets spent in perpetuity – it’s a great concept and very appealing. The organisation’s admin costs, insurances, hosting websites and all those sorts of things are covered off by our three very generous sponsors.”

Mr Devers is the kind of positive, wise soul you could easily chat for hours with over a cuppa, picking his brain about what he’s learned about happiness and success in his life. If he had to sum it all up, he’d say it all comes down to relationships.

“Invest heavily in quality relationships with family, extended family, neighbours, friends and colleagues,” he says. “The more heavily you can invest in quality relationships on a really good, solid, meaningful face-to-face basis rather than social media or texting, the better. The reciprocal exchange of value when you are engaged with people who are important to you gives a lovely balance and it gives a social dividend for the individual.”

While Mr Devers will always be involved with the Buderim Foundation, albeit in an unofficial capacity, he feels he stepped down from the board at the right time.

“After 14 years it was time for me to do some serious succession planning. We needed fresh eyes, fresh energy, some new thinking.

“That’s all important but I guess, it’s anchored in something that actually has runs on the board, policies and procedures and methods that have been demonstrated to work. I like the idea of renewal, but I also like the idea of being able to look in the rear view mirror and say, what we’ve done has worked.”

The Buderim Foundation’s grant applications close on July 21 – so be quick! Successful applicants will receive their grants at the Grant Giving Celebration on September 14.

Continue Reading
You may also like...
Related Topics: Buderim Foundation