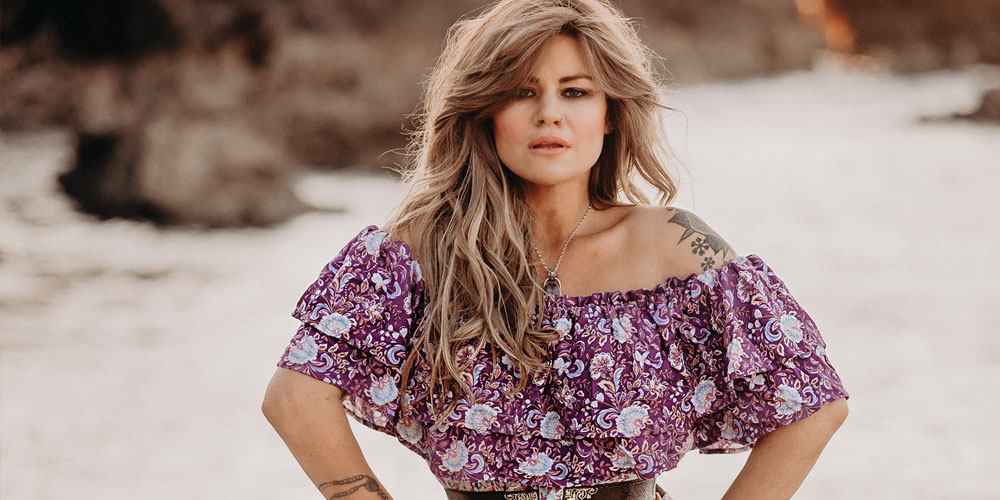 When social media star Constance Hall appeared on 60 Minutes recently, she had a simple message for women who struggle – if I can do it, anyone can do it. And therein lies her appeal.

She doesn’t pretend to have it all together. She shares her deepest vulnerabilities and insecurities, her most unflattering failures and flaws with her followers, in the hope of connecting and helping other women feel better about their less-than-perfect lives.

“I don’t do a huge amount of media but when 60 Minutes wants to do a story on you, you just go for it,” she tells My Weekly Preview.

“They wanted to show the contrast between my life at home with the kids hanging shit on me all day and going out and being on stage. They wanted to ask, how did a foul-mouthed, uneducated woman from the middle of nowhere get to where I have?”

It seems mainstream Australia has finally accepted this loud, brash and big-hearted woman isn’t going anywhere. She’s not about to change to please bullies or trolls, and why would she?

Her books have sold hundreds of thousands of copies and her clothing line, Queen the Label, is a huge success. This year, she was a runner-up on Dancing With the Stars, she delivered a TedX Talk in New Zealand and another one for Facebook in Singapore and continues to support African charity Rafiki Mwema.

Now in the midst of her national Queens Rise Tour, she’s about to visit the Sunshine Coast to meet her local ‘queens’, the name she gives her followers. By her side are husband Denim Cooke and their relationship counsellor Katie Eden Todd.

This year, Ms Hall began broadcasting their counselling sessions live on Facebook. “Denim and I have been together three years in March,” says Ms Hall. “I’ve always shared my relationships so openly and the beauty of meeting Denim when I was already doing so well is I could say ‘this is what I do’.

“It wasn’t as if he could say ‘I don’t want you to share this’. He was cool with it; he knew he wasn’t going out with someone who’s really private.

“Everyone’s got problems and I just thought, let’s open up about the fact I’ve pretty much met my soul mate now. I love him to bits but our relationship is still f***ed. No matter how in love you are, you’re still going to come up against huge problems, especially when you have a baby.

“My first therapy session, I walked in crying. Katie changed my life. I respect Katie. She can say to me, ‘you’re being an absolute idiot, you’ve stooped too low’ – but in a really loving way. She always says when you’re in child mode, when you’re angry and furious and losing your s**t, you’ve got to calm yourself down rather than taking it out on each other.”

Sharing these kinds of intimate details about her relationship online are par for the course for Ms Hall, but taking it all on the road, face-to-face with her fans, and including her therapist, takes things to another level entirely.

“During my shows people get so vulnerable with me because they know they can be themselves,” she says. “They’ll stand up and talk about their drug-addicted husbands or the fact they’ve been to jail and don’t want anyone to know. It’s this beautiful, open environment where if you’ve got a problem dwelling in your brain, having it out makes you feel so much better.”

Bennett plays his own game
Out and about: Christmas celebrations