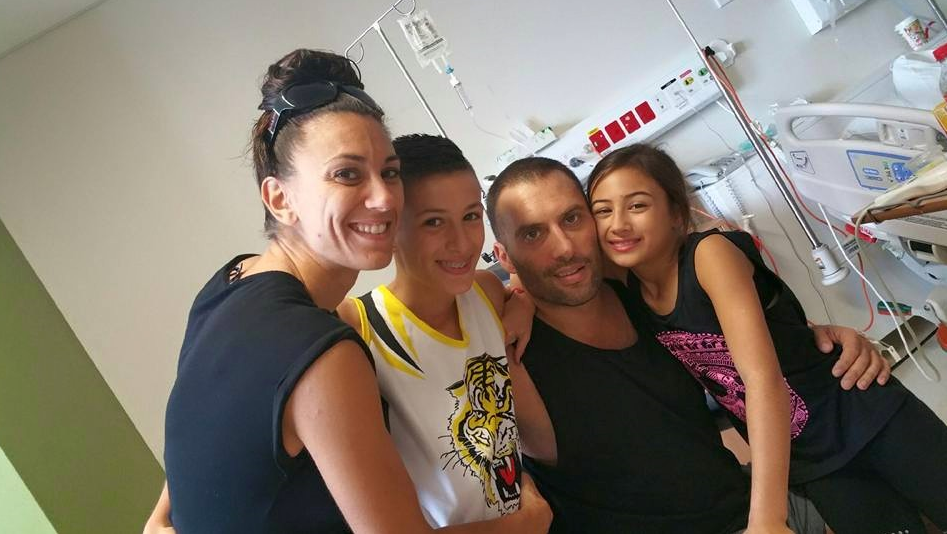 “The Darron you know will be no more.” These were the words spoken to Bianca Eastwell by the medical team who were looking after her husband after he was found unconscious on a pathway in the Tewantin National Park two years ago.

The then 41-year-old father of two had set off for a solo mountain bike ride on the morning of May 23, 2015 and was later found unconscious by two passing cyclists.

He was in an induced coma at Nambour Hospital when Bianca received an update call at midnight to say Darron had a severe brain injury called a diffuse axonal injury, a fractured skull, a wedge fracture to his T7 vertebrae, and a fractured neck.

Doctors said there was a 90 per cent chance Darron would not wake from his coma and if he did, he would most likely be in a vegetative state.

Despite the odds being so heavily stacked against him, the Buderim man woke from his coma seven days later. Although he was suffering from post-traumatic amnesia and couldn’t remember where he was or what had happened, he was able to recognise his wife and children and even took his first tentative steps that same day.

Darron spent a total of two months in hospital, first at Nambour, then Caloundra before being moved to the Princess Alexandra Hospital in Brisbane for intensive rehabilitation.

He continued the program as an outpatient at Caloundra for another year and took advice from his occupational therapist to start writing a journal – an activity that would help improve his memory, handwriting, speech, and fine motor skills.

“Over the next 12 months I had handwritten many pages of everything about my recovery. Then I started to read a few books about traumatic brain injuries (TBI), trying to understand my own injuries,” he says.

“It was then that I was motivated and inspired to try and re-learn how to use the computer to type up my notes in a book.”

Darron reached out to American TBI survivor and author David Grant, who helped him to edit the book, The Day I Broke My Brain, which was released on Amazon last month.

“Like so much of life after brain injury, it was uncharted territory for me. Neuro-fatigue was the biggest challenge and even today, when it gets to 3pm it’s like I’m done for the day,” Darron says.

“My hope is that my new book may provide others with hope, motivation, and inspiration to keep positive and push themselves during their own recovery process.

“I believe that everything in life happens for a reason. I often say to myself that I survived my TBI so that my experience can help others.”

Darron says the reality of living with a brain injury is that he will never fully recover, but nearly 650 days after his accident, he got back on his bike and has fulfilled his pre-accident dream of getting Japanese Irezumi art tattooed on his arms and back.

The Day I Broke My Brain is available in paperback version and as an e-reader. Visit darroneastwell.com.au.