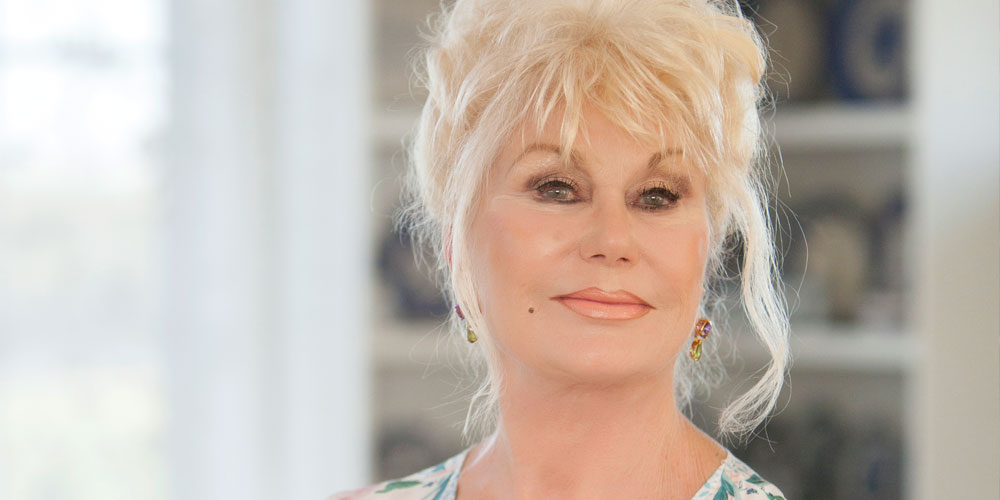 Di Morrissey recalls how it felt like “jumping off a cliff” when she made the decision to leave Australian television and the role on Good Morning Australia she had occupied for eight years to stay at home and write books.

Little did she know at the time, but that leap of faith was the start of a career that would see her become one of Australia’s most successful authors.

Speaking with My Weekly Preview following the release of her 26th novel, Arcadia, Ms Morrissey says you could not have imagined a worse time for her to have a dramatic career change than in 1989 when she was almost 40.

“I felt that I’d had the best years [on Good Morning Australia] and things weren’t as fresh and exciting as when I first started,” she says. “But I was on my own, I was divorced, the kids were in college and I had no money. I decided to go for it and I rented a cottage in Byron Bay and wrote. A year later, I had my first book.

“I don’t think I felt that gob-smacking moment until the book arrived in the post. I opened the box in the Byron Bay post office, stood it up on the counter and everybody looked at it and I cried.”

The raw emotion of that moment has been the driving force for Ms Morrissey to create engaging tale after tale.

She says it is the settings of the book that come to her before the storyline unfolds in her creative process and although she has visited Tasmania a few times, it wasn’t until she started to think about climate change, land clearing and other environmental elements that the island seemed the perfect backdrop for her latest novel.

“I am a big admirer of [environmentalist] Bob Brown and I thought I’d just go down there and look. It’s funny how when you put it out into the ether and you say it out loud, things start to manifest and I began to learn amazing things.”

Ms Morrissey admits she is “obsessed with trees” and was intrigued by king’s holly, the oldest plant in the world. It is thought to be 43,000 years old and one small cluster is growing in a secret Tasmanian location.

“All these elements create a sense of mystery and when I went [to Tasmania] last year in September, I experienced an incredibly brooding winter and it was very evocative. I went up the Franklin-Gordon Wild Rivers National Park and saw dripping forests with dark dropping hills towering over the river and the rapids. It was an extraordinary setting,” she says.

Arcadia evolved into a contemporary novel about two young women in their thirties who were childhood friends that reunite and set off on a road trip around Tasmania, but it becomes a sinister journey for both of them.

Even before Arcadia had returned from the printers, Ms Morrissey had already begun exploring the basis of her next novel. Making that mental switch the day after the final proofread goes off to the editor has allowed Ms Morrissey not to remain attached to the characters she has already brought to life – a hazard she found in her early years of writing books.

“You live with these people seven days a week for seven months and you think about them and breathe every moment with them, so I have to give myself a psychological turning-off point so I can move forward,” she says.

There is no doubt Ms Morrissey has firmly placed her stamp on the literary world. The Underwood typewriter her grandfather taught her to type on is now on display in a museum near her Manning Valley home in New South Wales.

Ms Morrissey is a passionate ambassador for the Royal Institute for Deaf and Blind Children and established the Golden Land Education Foundation to raise funds for a school she set up outside Mandalay in Myanmar.

While she loves spending time in the garden on her two-acre property, cooking and making marmalade, she does not have much spare time since she launched The Manning Community News, which distributes 8000 print copies and has an online edition.

The foundations of her career were built on print journalism – Ms Morrissey’s first job was as a copy girl and then cadet at The Australian Women’s Weekly. She went on to work for Northcliffe Newspapers on London’s Fleet Street for several years and says even during her days on Australia’s first ever current affairs breakfast show, she continued to write.

Ms Morrissey says she was driven to start up the new monthly publication in her home town because she became increasingly dissatisfied with the reporting in the existing local newspaper.

“I didn’t feel like the community had a big enough voice, so I started an independent publication to represent the community and it’s gone gangbusters,” she says.

While she has some volunteer contributors, Ms Morrissey does the bulk of the work writing, editing and publishing the newspaper each month.

“Once you’re a journalist you never stop being a journalist. Those skills helped me enormously with interviewing and researching for my novels and this is why I go to each place I write about; I couldn’t imagine just making it up,” she says.