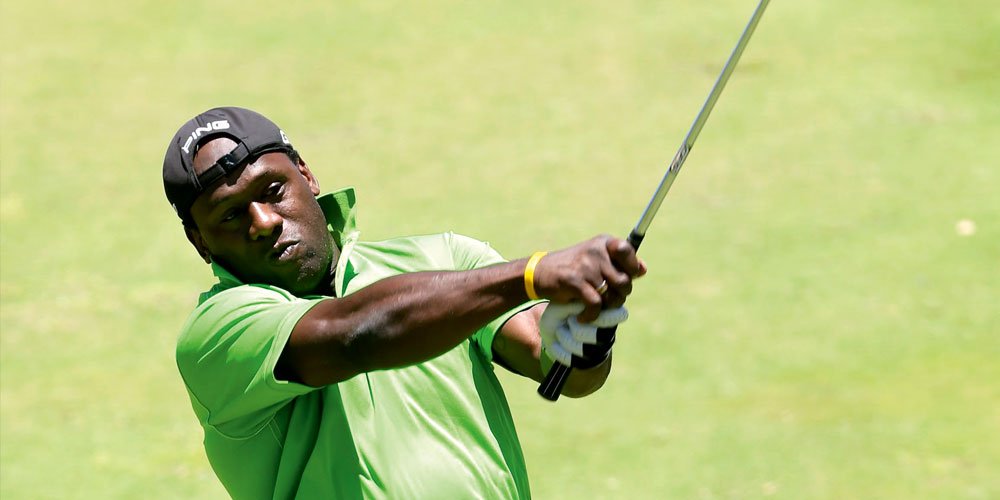 Former footballer Wendell Sailor is a self-confessed golf nut, so when he was asked to join the BOQ Maroochydore Celebrity Golf Classic in support of SunnyKids, he jumped at the chance. Not only was he keen to hit a few rounds in one of his favourite parts of Australia, he’s a true champion of good causes and is full of praise for SunnyKids.

He’s no stranger to the Sunshine Coast, (he  married wife Tara in Noosa), but it’s his first appearance at the Golf Classic.

“I’ve heard about it before; Wally Lewis and other celebrities have been part of it,” he says. “When I got the call about six weeks ago asking if I’d be available, I said yep!”

Mr Sailor calls the football on Thursday nights and Saturdays and works at Triple M radio on weekends, so he asked for time off especially for the event.

“For me, the work SunnyKids does is so close to home,” he says. “It’s wonderful what they do, both the Bank of Queensland and SunnyKids. I enjoy doing charity functions; you get a lot out of it. You hear people talk about their passion for projects and the networking part is fun, too. I love golf so it combines two of my loves – golf and charity.”

Mr Sailor is revered as one of Australia’s best dual-code football players. In rugby league, he won four premierships as part of the Brisbane Broncos during the 1990s, represented Queensland in the State of Origin and played for Australia 16 times, including winning the 2000 Rugby League World Cup.
In 2001, he switched codes to rugby union, playing for the Queensland Reds, the New South Wales Waratahs and the Wallabies, playing the final of the Rugby World Cup in 2003. He returned to rugby league in 2008 and played for two seasons before retiring. He now works in television and radio.

Mr Sailor makes no secret of the fact that he has experienced some personal struggles in his life and career, which is one reason he signed up as an ambassador for R U OK? Day and continues to support a number of social support charities and Indigenous programs.

“When I went through some adversity, I was with a group called Youth Insearch and I used to stay with these kids at Kurrajong Heights. Just to see the kids and what they’ve gone through, girls saying what their dads had done to them. You understand why they’re so angry. You job as a parent is to give them the best upbringing you can. Some of these kids have been assaulted and told they’re going to be nothing. I want to sit those kids who have suffered trauma down and tell them, just because you’ve been through what you’ve been through, there’s no way you can’t be whatever you want in life.”

Mr Sailor was deeply affected by the murder of Hannah Clarke and her three children in Brisbane and calls on our society to do more to keep women and children safe.

“It just broke me,” he says. “When I saw that, there weren’t any words I wanted to use… We need to be better as a community and as people.”

It’s clear Mr Sailor isn’t one to stay silent and that fierce determination and courage he showed on the field permeates into all aspects of his life, driving him to do whatever he can to help organisations like SunyKids help the vulnerable of our community.  “It’s going to be a couple of good days up there supporting SunnyKids and playing golf,” he says.  “What I like about golf is it doesn’t matter what level you are, the time you spend with someone, you get to know more about them and what they do. You’re not just playing against yourself and other people but against the elements and the course.

“When you play in these charity golf events, a lot of people are coming together from different walks of life and it’s wonderful.”

The BOQ Maroochydore Celebrity Golf Classic will feature an impressive list of celebrities including Richard Champion, Guy Leech, Scott Hill, Jack Reed, Corey McKernan and Mick Hancock. Last year the 2019 BOQ Maroochydore Celebrity Golf Classic raised an impressive $50,012 for SunnyKids, which enabled up to 80 at-risk children on the Sunshine Coast to partake in the Mentoring Through Sports program run in partnership with the Brisbane Broncos. SunnyKids works to ensure every child, family and individual who needs help can get it. It provides emergency accommodation, domestic violence and referral counselling, and partners with education, child protection and health agencies to keep kids safe.