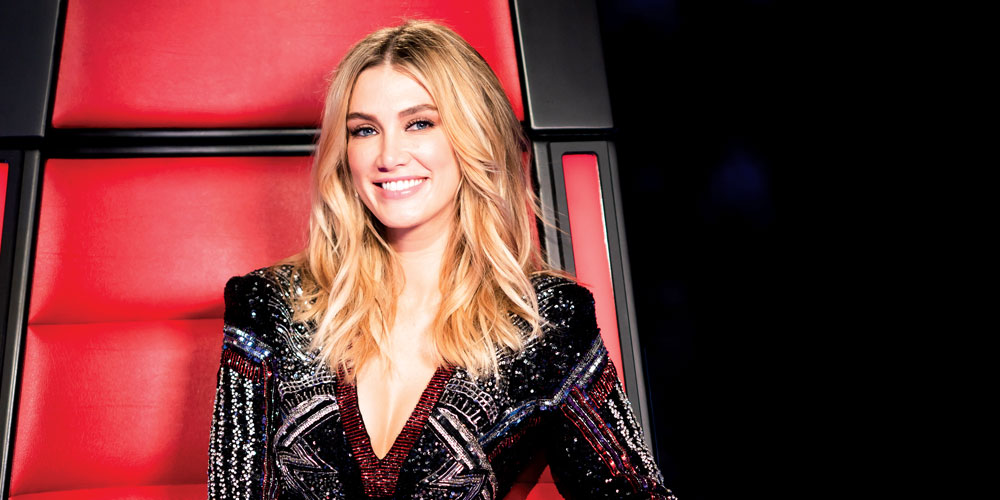 When Delta Goodrem was a teenager, she dared to dream of living a life where she could make a difference in the world. Through acting and music, she has achieved all of this and more, continuing to inspire young creatives and support those who are going through cancer battles through her philanthropic efforts.

Ms Goodrem is pumped to once again be on The Voice judging panel, this year alongside Guy Sebastian, Kelly Rowland and Boy George.

She hints there will be some familiar faces on this year’s show, with some singers returning for another crack at the title, raising the bar yet again on the level of talent attracted to the popular show.

“While we are competing to secure the vocalists that we love to get them on our team, we all sit in our own lanes and there is so much energy, love and wisdom on the panel,” she tells My Weekly Preview.

Ms Goodrem has managed to take two of her Voice team members all the way, winning the 2016 and 2017 seasons. But she still has moments of FOMO (fear of missing out) when a performer she has her heart set on chooses another judge to team up with.

“There are others that I hesitated to turn around for and then wonder why I let that person go. Every season there’s a couple that get away and I still hold onto them,” she says.

While Ms Goodrem has been appearing on Australian television shows since the age of seven, it was as a 16-year-old that she became a household name when she won a Silver Logie Award for Most Popular New Talent for her role as Nina Tucker on Neighbours.

After signing a record deal at the age of 15, Ms Goodrem’s 2003 debut album Innocent Eyes became one of the highest-selling debut albums in Australian history. She has since achieved multi-platinum-selling status, nine number one singles, four number one albums, 17 top 10 hits, nine ARIA Music Awards and three World Music Awards.

Ms Goodrem says she is working on a new album and after taking on the role of Grizabella in the musical theatre production of Cats and playing her idol Olivia Newton-John in a television biopic, she is opening up her mind to a world of new possibilities.

“I’m one of those people that is continually dreaming of another dream goal every day of my life, I am open at all times to feeling what is going on in this moment because you never know what you might dream up and create – it could be something magical – and I believe that anything is possible in any moment,” she says.

“I love the arts in any form and working in different spaces gives me variety.

“For me, writing an album is organic. It can’t happen unless you’ve got something to say. Every album I have released is different because it’s a reflection of what I am feeling about myself and the world, what I’m observing, listening to and watching. Sonically, no one album is the same because you feel this is a new chapter with each album and it comes down to knowing yourself.”

Ms Goodrem fought a very public battle with Hodgkin’s lymphoma at the age of 18 and believes strongly in giving back. She is now the patron of the St Vincent’s Curran Foundation and has a long-standing relationship with Starlight, Camp Quality and Make-A-Wish.

“It’s crucial to remember that songs are healing and the fact that I am able to stand here as a pillar of hope and strength to somebody who is in the fight and remind them that they are alone is truly amazing,” she says.

The Voice begins on May 19 at 7pm on Channel Nine.