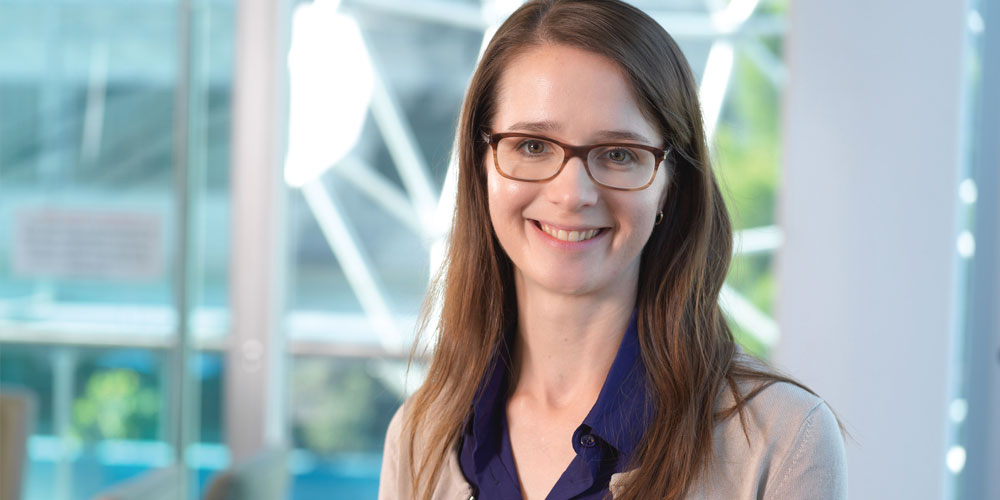 When Dr Laura Bray addressed the High Tea by the Sea event at Maroochy RSL recently, her words struck a chord with the 400-strong crowd who had gathered on a wet Sunday to raise money for the National Breast Cancer Foundation. An award-winning biomedical researcher who specialises in 3D modelling to study breast and prostrate cancer, her work is world-class, but she spends much of her time applying for grants.

If you’ve ever wondered why there seems to be a cancer fundraiser every other week, this is one reason.

“The Australian Government’s National Health and Medical Research Council funds a lot of research, but the success rate [in other words, those who receive a grant] is only about 10 to 15 per cent,” Dr Bray says. “So there’s a rejection rate of about 85 per cent.”

Since Dr Bray completed her PhD in 2012, she’s received about 50 rejections and won about 10 prominent funding grants.

“It’s hard on a lot of researchers,” she says. “It’s not that any of the ideas people have are bad – most ideas are wonderful – but there’s just not enough money.

“For me, my job is not so much in the lab anymore, it’s writing grants to keep the research going. I spend many months of the year writing grants to the Australian Government and different philanthropic organisations. It’s very time consuming and the success rates are very low. It’s a big journey to get to the point of getting the funding.”

Growing up on the Sunshine Coast and moving between Caloundra, Maroochydore and Nambour with her family, who owned a construction business, Dr Bray knew she wanted to work in health sciences from a young age. She was homeschooled along with her two brothers, which enabled her to pursue her passion at full-speed.

“Through homeschooling I was able to accelerate through the schooling grades, so I finished high school two years early,” she says.

“I think homeschooling made me more self-motivated. It’s mostly a self-driven curriculum, so you work through the booklets on your own. I don’t know whether I’d say I was extraordinary. I just worked hard.”

Dr Bray initially wanted to be a vet, but while studying her bachelor’s degree at the University of the Sunshine Coast, decided to pursue biomedical science. She graduated with first class honours at the age of 18 and went on to complete her PhD at Queensland University of Technology.

In 2012, Dr Bray was awarded the inaugural Prime Minister’s Queen Elizabeth II Diamond Jubilee Award, allowing her to work with Professor Carsten Werner at the Leibniz Institute for Polymer Research in Dresden, Germany for three years.

“The award was given to only one woman in Australia and that was very humbling,” Dr Bray says.

“I was very honoured to receive that award. For any researcher, it’s a good idea to experience a different lab environment, whether nationally or overseas.

“My mentor during that fellowship, Professor Werner, is a polymer chemist and I still work with him today.”

Following her stint in Germany, Dr Bray received a National Breast Cancer Foundation postdoctoral fellowship and a Cure Cancer Australia project grant and moved her research to the Institute of Health and Biomedical Innovation at the Queensland University of Technology in 2016.

Through the use of state-of-the-art matrix engineering techniques, her work has led to a number of significant advances in knowledge in the area of 3D tissue engineering and culture techniques.

“I’m now just over halfway through that fellowship,” she says. “The first part of it was all about designing the 3D modelling specifically for breast tissue. The second part of the fellowship, which I’m moving into now, is ‘how do we make this applicable for patients?’

“We hope we can further understand the different sub types of breast cancer and we want to further understand what treatments will be best, and hopefully into the future we can then match that to patient response and use it to personalise treatment.

“Making a difference in cancer patients is what drives me,” she says. “I want to help them. I want to help fill in the unknowns they’re going through at the time. They don’t know how they’re going to respond to cancer treatment, they don’t know if their cancer will metastasise, is the cancer going to come back… I’m trying to address those kinds of questions. I’ll spend my career doing it and that won’t even be the end.

“I would love to find something that impacts a patient, even if it’s one patient. I just want to make a difference to somebody’s life and I would hope in the future these models can be used routinely in a hospital to diagnose and predict treatment for patients.

“It will be 20 to 30 years before it’s a truly routine procedure. Most scientists have something that drives them during their career and often it’s after their career ends that what they’ve designed becomes a reality.”