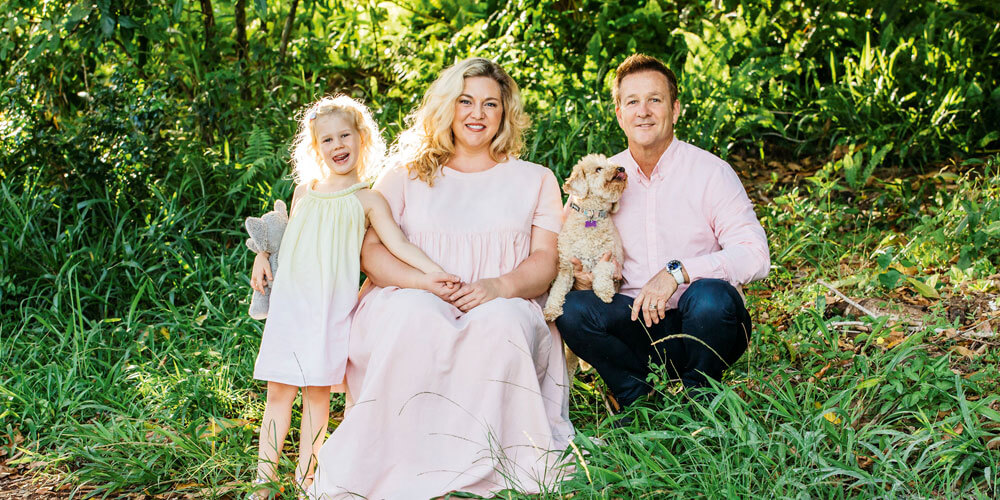 Like King Midas, it seems everything Heidi Meyer touches turns to gold. The woman behind Buderim’s proposed $100-million Badderam eco-resort has led an adventurous life, and says the many glamorous paths she’s taken have led her to where she is today.

To be the visionary and creative director of what could be the largest development project Buderim has ever seen – a zero-waste seven-star luxury resort – you’d have to be smart, determined and full of positive energy, and that’s exactly how Mrs Meyer comes across.

Born in the Blue Mountains, she grew up in Katoomba and spent a lot of time exploring nature with her bushwalking father, a Dutch immigrant and passionate landscape architect who taught her to care for the natural world. Mrs Meyer hails from a hardworking Dutch family – her grandfather made Australia’s first seatbelts – and the spirit of entrepreneurship was instilled in her at a young age.

“I was raised very entrepreneurially to go out and seek to create your own business,” she says. “There wasn’t another way of thinking in my family. My grandparents and parents set an example and at the time I didn’t realise it, but it was a gift.”

As a savvy young woman, Mrs Meyer started her own business importing essential oils from France at the age of 15 and sold it for $130,000 at the age of 19, giving her the funds to set off on a 12-month solo backpacking adventure across six continents, eventually arriving in London to look for work.

Providence struck when she landed a catering job for the then CEO of Time Warner, Michel Pepe, who heard her laughing in the kitchen and came to tell her how bad her broccoli was. When she admitted she wasn’t a chef, he invited her to his office on Monday morning.

“He said, ‘I’d like to talk to you about your career.’ That was a golden moment,” Mrs Meyer says.

“I could have gone, ‘no I don’t think I’m up for that’. It was a life-changing moment of seizing the opportunity and saying yes. Of course, I had fear.

“Do I have any fear about being a new developer, a woman developer at the age of 42 on the Sunshine Coast in a predominately male-dominated industry working on a $100-million-dollar project? Yes, I do have fear, but you have to feel the fear and do it anyway.”

Mr Pepe encouraged her to go into publishing, and though she had no experience, he offered her work on InStyle magazine and she later moved to Vogue and Harper’s Bazaar.

“Working for women’s magazines in London gives you the opportunity to find out what you love and being in that magazine world is a stepping stone that provides you with extraordinary contacts and skills, a black book that opens the world for you to be able to step into whatever is next for you.

“I started out as the ‘celebrity wrangler’, quickly moving my way into a place I felt more credible, writing about and styling celebrity homes. It was a normal day to fly from London to Santa Monica in the US to interview a Hollywood A-lister on the finer details of the interior of their home.”

At the age of 25 she was headhunted to work for a new luxury celebrity travel title called Jaunt and and developed a penchant for luxurious getaways as she worked on photo shoots with the likes of Kate Moss in an oasis outside Marrakesh, Heidi Klum in a lagoon in Iceland and the Spice Girls in a hot tub in the Maldives, later joining the prestigious Condé Nast Traveler magazine.

It was during this time she learnt about luxury resorts and the habits of wealthy people who consume luxury travel, which is often far from eco-friendly.

She began to take notice of how she felt travel needed to evolve to become more sustainable. As a travel writer, she has written the ‘sustainability’ notes on more than 900 luxury hotels, providing the background homework for Badderam.

Her experience as a travel journalist led her to found the UK-based Yohm Retreat & Spa Company (now owned by In:spa Retreats), providing executive wellness retreats hosted in castles, chateaus and heritage properties around the world.

While based in London, Mrs Meyer became a founding member of The Women’s Foundation, a charity that trained prostitutes and abused women for new careers and was invited to have lunch with Queen Elizabeth at Buckingham Palace.

“Through our work, we and several other women’s charities were invited to a lunch with the Queen for her to say thank you,” she says. “She talked to everybody personally, held our hands – she’s a beautiful and gracious dignitary. She’s an extraordinary role model – she’s selfless in the way she serves. She’s very earthy; she’s always got her gumboots on and is always up at Balmoral in the vegie garden.”

During her 18-plus years in Europe and the Americas, Mrs Meyer studied interior design and architecture, her true passion. She had bought her first investment property in Noosa at the age of 30, with a view to settling on the Sunshine Coast one day, and it was during a visit to Noosa that she met her husband, Kim Carroll, a born and bred Sunny Coast local, and had their daughter Chalcot Darcy Clementine, now four. They’re a true husband and wife team, with Mr Carroll taking on the role of investment director at Badderam.

After marrying “the world’s best husband” and having her child, Mrs Meyer sees Badderam as her greatest achievement.

“I’ve been a leader and not a conformist,” she says.

“We have already made a way for ourselves and our family and we’ve retired at a young age. You then ask yourself, what can I do to give back? It’s part of your social responsibility to give back.

“If you’re going to live in a region you really enjoy, you want to make sure the region thrives. All of my life, everything I’ve ever done in life are pieces of a puzzle that have led to this point.”