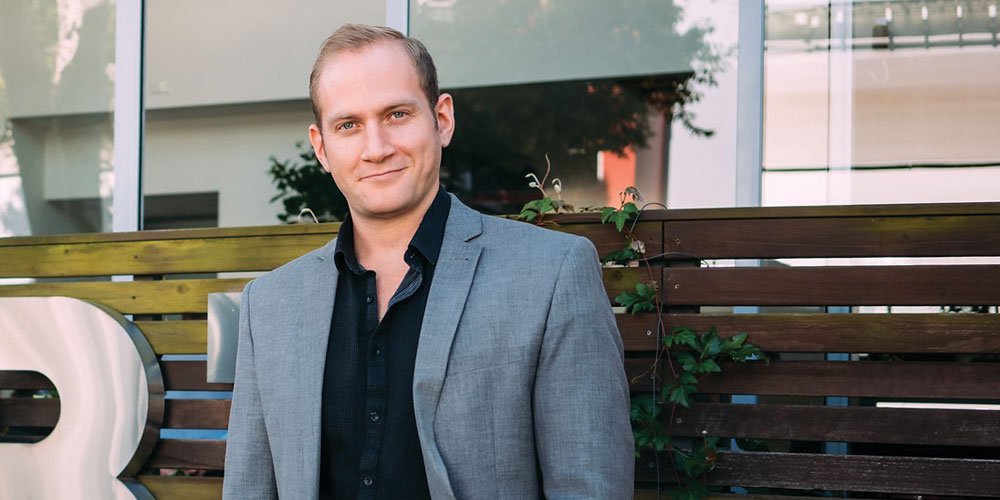 Breaking his mother’s computer as a kid may have been the best thing that ever happened to Kane Sajdak. The family could not afford a new computer and Mr Sajdak was tasked with fixing it. He worked tirelessly to figure it out and in doing so, his love for IT flourished.

Growing up with hippie parents on the Sunshine Coast, no one could have predicted he would go on to become one of the state’s most dynamic tech entrepreneurs. The founder of BITS Technology Group, he owns three IT businesses and is a multi-award-winning entrepreneur. But he has not forgotten his roots.

“The irony that all my businesses are in tech is not lost on my parents,” Mr Sajdak says. “I wasn’t allowed to play with guns, let alone computers and tech. They think it’s pretty funny. They are the best parents anybody could ask for.

“They’re my best friends and they’re just proud of me. They say I was always pretty driven and I always had a bit of a notion that if I wanted to do something, I’d make it happen.

“When I had to fix the computer, it was the first time I had a real responsibility and had to figure something out for myself. Mum and Dad didn’t know how to fix it. Dad was playing music and doing what he could to support the family.

“We lived at Mudjimba back when it was literally nothing, just half a dozen houses. My dad was a muso and a carpenter, helping do all the construction happening at Noosa in the late ’80s. On the nights and weekends, he’d play at local bars.

“They were old hippies at heart and liked the alternative lifestyle Maleny offered, so we moved up there and I went to Maleny State School until I was about nine or 10, when they packed myself and my sister into a caravan and off we went around Australia.”

After travelling around Australia, the Sajdak family settled in to the town they believed was the most beautiful in Australia – Kingscliff. Mr Sajdak now lives on the Gold Coast to be near his parents, but has fond memories of his younger years in Maleny.

“Growing up, I loved going to Mary Cairncross park in Maleny. I loved the Glass House Mountains. I remember there was never a lack of wildlife around.

“We had a couple of acres and I’ll always remember my aspiration when we lived in Maleny was to drive a tractor with a slasher on it. It’s a far cry from what I do now. We lived in a little cottage with a potbelly stove; it was very rural. We didn’t have TV for a long time and when we did have one, it was tiny. We just ran around, played in the bush and tried not to get caught in the lantana.

“I go back pretty often and I still have lots of friends there,” he says. “My heart will always be there. It’s a beautiful spot and when I’m done trying to conquer the world, I could end up living there again.

“It has become modernised and is now a tourist destination. You can only keep a good thing secret for so long. In  my line of work, one of the things we’ve seen is the advent of the internet. Before, if you lived in Maleny, you worked in Maleny. It was a community and you had to live and work there. Now, we live in a global community. I could run my businesses in Maleny because of how connected we are.”

Mr Sajdak runs three businesses: a managed IT services business; Cloud Torque, which is a digital workspace; and his latest venture, HomeGuardian, an artificial intelligence device that is a world-first in falls-detection technology. Driven by the worry for their family and friends’ health and safety, HomeGuardian was created to save lives.

“We launched it in October and the reception has been really dramatic. I’ve presented it at Parliament House and the Royal Commission into Aged Care. We need help in Australia to care for the elderly. Part of the challenge is that 50 per cent of aged-care workers will have retired and be in care themselves in 15 years’ time. We would have to employ about 2000 people a month, every month until 2047 to keep up with the demand to retain the current level of care that we have.

“People caring for the elderly is not a solution. Not enough people are applying to be aged-care nurses. How we can solve these problems is with really smart, ethical technology. This is a monitoring device that sits in the room and monitors all behaviour. If an elderly person falls on the ground, it alerts a nurse to come. It also detects violence or abuse. It does all of this by detecting it on the device and alerting whoever is set up to respond to it. The fact we’re not sending any pictures or videos means we don’t compromise people’s privacy and dignity – nobody wants a CCTV camera in their bedroom.

“Mum and Dad live 45 minutes away from me and I worry about them. People die because they have a fall and we don’t get to them fast enough. Some people lie on the floor for days – what a horrible way to go. We’ve made this an inexpensive device that allows someone to respond immediately.”

The product sold out of its first production run and will be global by the end of the year.

Mr Sajdak says he knows he’s onto a good thing because even his hippie dad – who says he wouldn’t want Big Brother watching him – feels comfortable having a HomeGuardian in his house.

It seems things have come full circle – from a young Mr Sajdak breaking his mum’s computer and having to learn how to fix it, to now having invented his own device that accompanies his parents as they grow older and allows him to live a very busy life on the cutting edge of tech entrepreneurship, knowing his parents are okay.

“It was a fate thing, breaking the computer,” he says. “My parents barely had the money to get one computer, so there’s no way they’d have been able to buy another one. The universe put me in a position where I had to figure it out. It’s funny how a combination of the right place, right time and right circumstances have led me to where I am today.”