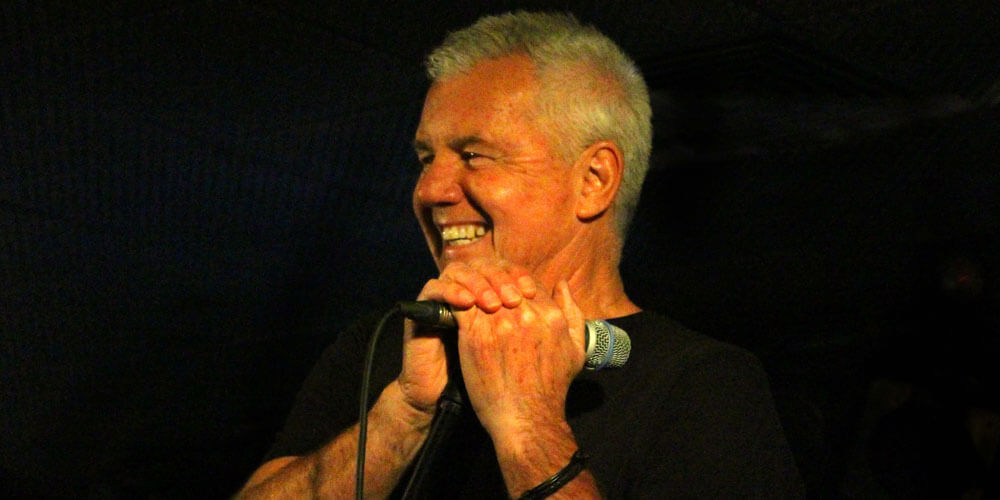 Daryl Braithwaite shows no signs of slowing down. Cementing himself as a successful artist, he is the voice behind Australia’s unofficial anthem, Horses, and in 2017, more than 40 years after launching his career, he was inducted into the ARIA Hall of Fame as a solo artist. This month he will perform at the Caloundra Music Festival. “I’m happy I took up singing,’’ he says. “Why it’s lasted this long, I think it’s because I love doing it.”

Where do you live?
I live in Caulfield, Victoria.

First job?
My first job was at a car wash in South Yarra, which is still there today.

What are you currently working on?
Planning the next six months, including a possible recording schedule and the gigs up until April 2019.

Your family includes?
My son Oscar, brother Glenn and his wife Jill. Plus nieces and four grandchildren.

Favourite book?
To Kill a Mockingbird by Harper Lee.

What are you reading now?
The Old Man and the Sea by Ernest Hemingway.

Favourite song and why?
There are too many. But Castle on the Hill by Ed Sheeran.

What are you watching right now, would you recommend it, and why?
The Bureau on SBS. It’s a fascinating series.

When was the last time you played sport and what was it?
I went surfing (bodyboarding) about nine months back. Lazy!

Best advice you’ve been given?
It came from my dad – no one likes a show-off.

What is your favourite place on the Sunshine Coast and why?
Noosa Heads, because it hasn’t been built out.

You are happiest when?
When I’m in or near the water.

If you won $1 million, how would you spend it?
Wisely.

Best day in your life and why?
When my son Oscar was born.

Can you nominate a day in your life that turned out to be a turning point and why?
When Oscar gave me Green Day’s DVD Bullet in a Bible in 2006. I had the impression they were a soft folk style band, as they had a song out called Time of your Life. I watched the DVD and was converted. I wanted to be so like Billie Joe Armstrong, he was larger than life, cheeky and so confident. The next gig we did after watching the DVD was at the Floreat Hotel in Perth. I could hear the audience chanting my name, which took me by surprise, as I hadn’t had that happen before. It got louder until we went on and then it was unbelievable, they sang nearly every song we played, including Howzat from the ’70s. By the time we got to playing The Horses, the feeling of elation had already been etched into my brain as something that I wanted to experience again. It was amazing. The majority of the audience were from the uni and around 20 years of age. This was a tipping point.

What frustrates you the most?
Some people’s rudeness or lack of manners.

Advice to your 18-year-old self?
Treat people with the same respect as you would like.

If you could have dinner with any three people, dead or alive, who would they be?
Barack Obama, Roger Federer and Meghan, Duchess of Sussex.

Tea or coffee and how do you have it?
Coffee – piccolo.

NRL or AFL?
Both.

The 12th annual Caloundra Music Festival will be held at Kings Beach from September 28 to October 1. The festival of sun, surf and soul will feature a mix of Australian and international acts. For tickets, visit caloundramusicfestival.com.