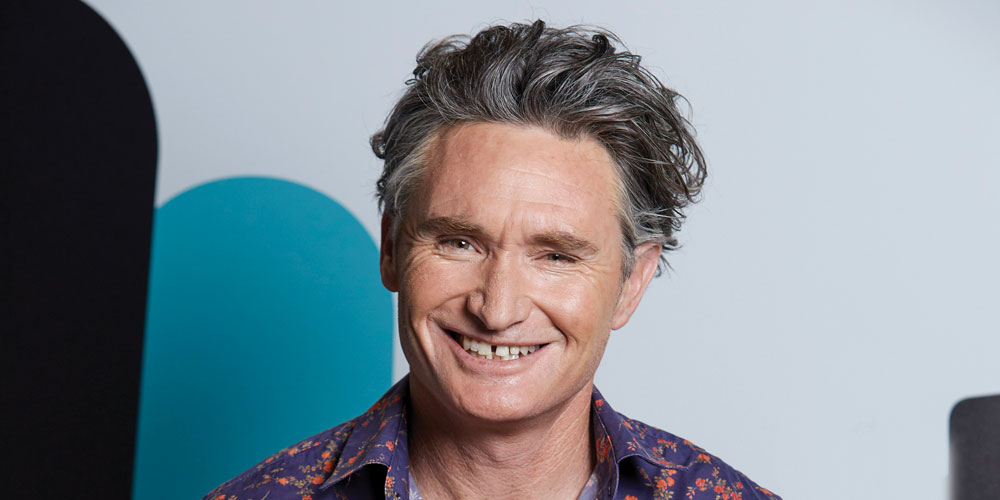 When it comes to being heckled, Dave Hughes has heard just about every insult you can think of during his long and successful career.

From taking on the best of the best in stand-up comedy on an international scale to smashing drive-time radio ratings with Hit Network’s Hughesy & Kate and hosting his own television series Hughesy, We Have A Problem, in a typical day he comes across a number of critics – and not all of their opinions are positive.

Far from letting it weigh him down, Mr Hughes says he has mastered the ability to turn these disgruntled opinions into comedic fodder to fuel his passion for entertaining.

In fact, his latest national comedy tour Hairy, which is on its way to The Events Centre in Caloundra on May 2, is based largely on the criticism he has received for, of all things, his hair.

“I’ve been growing my hair since last year and I get so many comments about it,” he tells My Weekly Preview. “It’s like when you get into your later forties and start to make a change in your appearance it really freaks people out. It’s like the world they knew, Dave Hughes’ short-hair world, is no longer the world they are living in and they are not happy about it.

“Some say I’m going through manopause and others just mock me. But if you go back to my first appearance on network TV on Hey Hey It’s Saturday back in 1997, I was in my mid-twenties and I had a mop of hair. For some reason I decided to cut that off one day. So it’s like I’ve gone back to the age of 25.”

Mr Hughes says one of his biggest hairstyle supporters is radio co-host Kate Langbroek, despite one listener posting a side-by-side photo of Hughesy alongside Alice, the housekeeper from ’70s TV show The Brady Bunch.

“Anyone who criticises you ends up being material.

“People insulting you in the street give you comedy; people complementing you don’t give you any comedy. So while at the time, being insulted isn’t nice, it becomes the basis of your future act, which is a blessing really.

“I still get down in the dumps with some of the more intense criticism, but I can turn it around, basically, and make it into a positive.”

Despite wielding an innate power to make audiences double over with laughter with his dead-pan delivery, Mr Hughes admits he was never an extrovert as a child.

“I wasn’t the most popular kid in school, but whenever I was able to get on stage, whether it was to get a trophy for footy or to perform in school camp plays, I was able to make people laugh. For whatever reason, I had a knack for it and it got into my blood, I suppose,” he says.

“I didn’t dare to dream that it could be a career, but at the same time, I couldn’t shake it and spent ages focusing on my IT or business degree – well, my attempts at them anyways – but then comedy eventually won over.”

Earlier this year, he opened up about his battle with drugs and alcohol that led him to spiral out of control after dropping out of his second university degree.

“At a private level, I thought I was a loser and wondered if I would ever make a success of myself and began beating myself up, which is ridiculous,” he says.

“I’ve been sober for 26 years – no drugs or alcohol – and while I’m not somebody to rave on about it, I’ll talk about it if asked. Alcohol and drugs can be a downward spiral that you can’t get out of and it took a lot for me to get my head back and take control of my emotions.

“I’d stopped [by the time I started stand-up] and I do wonder whether I would have had the fortitude or mental strength to start stand-up comedy because it’s stressful.

“I was certainly wildly inconsistent when I first started. Some nights I’d slay them and other nights the whole room was just staring at you and it’s a tricky thing to deal with emotionally.

“I wouldn’t have coped if still drinking and doing drugs.”

Of all of the television roles he’s had, from The Project to Before The Game and hosting the Logie Awards a record four times, Mr Hughes says comedy is his biggest love, with just one exception. His family – wife Holly and their three children Rafferty, Sadie and Tess.

“I never want to get off the road,” he says. “I love the stand-up comedy more than anything and the biggest joy I have is being on stage in front of a live audience. The compromise is getting the earliest flight home you can. If I can get a late flight out on a Saturday night, sacrificing sleep to get home as early as possible, it’s worth it so your wife doesn’t stop you touring.”

And if you thought strangers were tough on him, Mr Hughes gets heckled just as much at home by his offspring. “Because I’m a comedian, they see me as a clown and feel like they can mock me mercilessly, basically,” he says.

“My seven-year-old was singing a song about my man boobs this morning and I try to tell them that they should show some respect. I’ve got to get fear into them at some point, but I’m too soft.”

Mr Hughes says while he might be a bit of a push-over, he wants to encourage his children to learn how to laugh rather than take life too seriously.

“It’s something I have to remind myself at the same time,” he admits.

“But it’s all ridiculous, so just relax.”

Dave Hughes is at The Events Centre, Caloundra on May 2. For tickets visit theeventscentre.com.au.

Beerwah’s best
SCARS 40th Birthday Paws for a Cause lunch