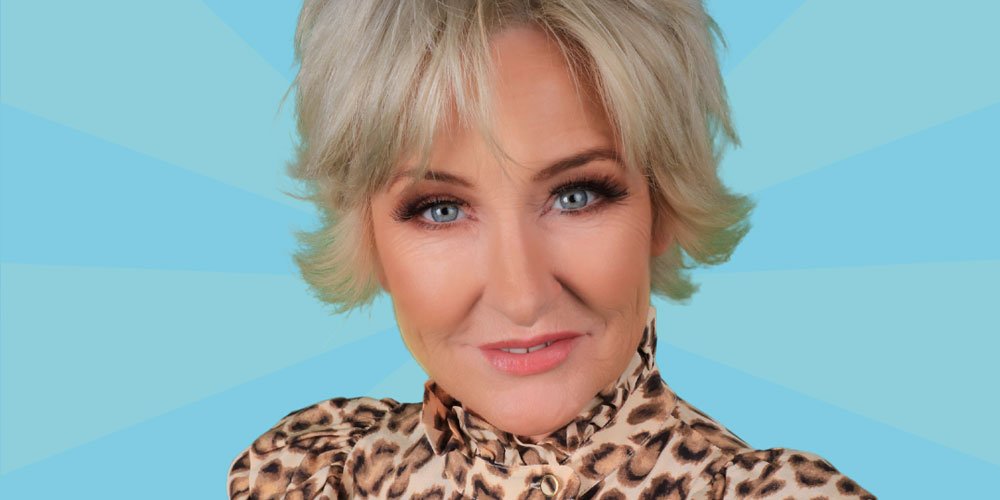 “No, I don’t think so!” In her 21st year of  performing, comedian Fiona O’Loughlin will not be retiring. Instead, she has forged ahead with a whole new thread of material. This time around, at 58-years-old, Ms O’Loughlin says she is preparing for a fabulous third chapter of life, and much of this optimism is due to her recent diagnosis of attention deficient hyperactivity disorder (ADHD).

Is this a case of oversharing? The success of her latest performance suggests not. Similar to the decades of positive responses the mother of five has received from the shows where she bares her soul and challenges, including her fight with alcohol addiction, the audience is connecting with the fresh insights and truths that cross-stitch together this comedy of errors.

Ms O’Loughlin’s personal life is a well-documented rollercoaster. She has experienced the best of times and the worst of times. The thing is, she is able to make herself vulnerable, laugh at herself and have the audience laugh along with her. Let’s face it – Australians are known for their self-deprecating humour, and they love someone who can give them a sterling performance on how to do it.

Ms O’Loughlin’s  latest stage show, Truths From An Unreliable Witness is adapted from her book by the same name. Reviews have noted that the book contains bolder content than ever before. However, the comedian qualifies this by saying, “It’s funnier than ever, there is a lot less handwringing. There are some really beautiful, joyous moments.”

Born in Adelaide to an Australian-Irish family, Ms O’Loughlin married her now former husband, dentist Chris O’Loughlin, in 1985 and together they had five children. It was during the 1990s, while living in Alice Springs, she began writing a column for the Centralian Advocate and emceeing cabaret shows at the Araluen Arts Centre. By 1994, she was doing a weekly radio segment on the ABC.

On the outside her career was glittering, but then in 2009 she collapsed on stage at a Brisbane show and her battle with alcohol addiction was brought into the spotlight.

Despite the ups and downs, her creativity and audience appeal has seen her become a favourite Australian personality. She is a regular at the Melbourne International Comedy festival and the Edinburgh Fringe Festival. She has also appeared on television shows such as Spicks and Specks, Rove Live, Good News Week, All-Star Family Feud, Studio 10, The Project and others.

In 2014, she was the subject of Australian Story, where she spoke about her struggle with alcohol, and in 2018, she showed off her survival skills, competing in and winning the reality television show I’m a Celebrity Get Me Out Of Here.

Ms O’Loughlin received her ADHD diagnosis by accident. She has regular neuro examinations due to some frontal lobe damage from having suffered blackouts from drinking.

“But thankfully, nothing that affects my comedy,” she says. “It has given me a glimpse of my mind.”

She says she has learnt a lot about herself and best of all, now forgives herself for her failings.

“I look at myself and think, ‘you poor thing, no wonder you drank’.

“I see that alcoholism doesn’t make up the full picture of my life – it’s about 20 per cent of the picture.”

Ms O’Loughlin believes that the universe hands you a bill for your life and this diagnosis has allowed her to come to terms with hers. The ADHD medication has also meant she is now  more fully able to sustain her focus.  As a result, she was able to sit down for five hours and compose the material for her new stage show.

Of course, it would have been wonderful to have been give an earlier diagnosis, but the ever-optimistic comedian is delighted to know now and reckons this knowledge will only add to an even better third chapter of her life.

Fiona O’Loughlin is performing as part of the Sunshine Coast Comedy Festival, which brings artists together for four days across various venues including The Events Centre, NightQuarter and Venue 114. The festival kicks off on Thursday, November 11.

Fiona O’Loughlin will feature at The Events Centre, Caloundra on Sunday, November 14 at 6pm. Tickets are $53.40, or $48.40 concession. For tickets visit sunshinecoastcomedyfestival.com.