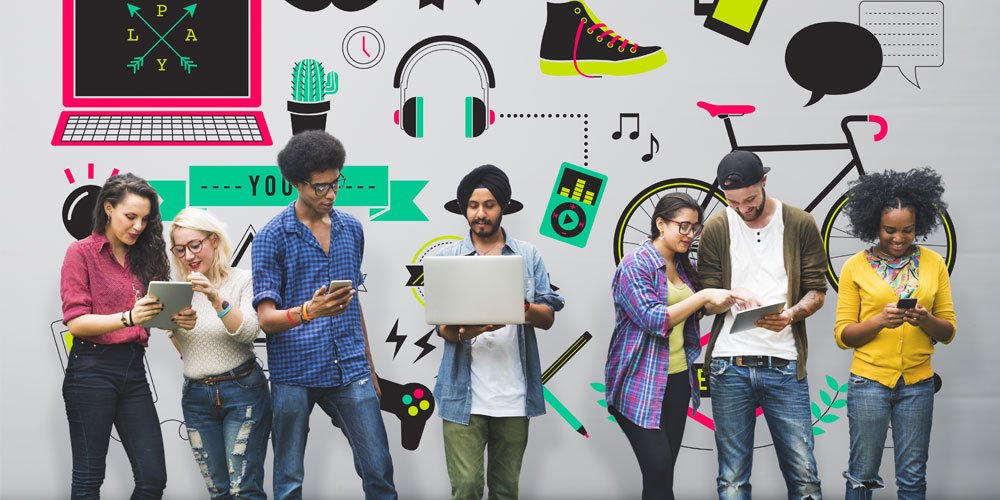 YOLO – you only live once. It’s the mantra Warana’s Georgia Herridge lives by. At 26, Ms Herridge has travelled the globe (she’s visited 50 countries and counting), lived out of a single bag for months on end, and survived on dumpster diving.

She’s confident, educated and held countless jobs across six different industries. And to those who question her life choices, she says this: “It’s irresponsible to live a mundane life, and by mundane, I mean a life void of adventure. It is such a blessing to have a healthy, able body to do whatever I like.

“There are so many people who would like to do what I can, but don’t have the privilege. My life is a combination of privilege, hard work and courage.

“I think adventure is a state of mind and you can have that while holding down a job or living life in a long-term marriage.

“Now, as I edge towards my thirties I am more drawn to developing roots within the community.”

Ms Herridge’s philosophies are not uncommon when it comes to her generation. A new report by Sydney University’s Brain and Mind Centre asserts Gen Z, also known in colloquial terms as ‘the Zoomers’, have adopted YOLO as their mantra.

Born between about 1995 and 2009, they have experienced two economic crashes, a war on terror and, of course, a global pandemic. These experiences, coupled with advancing technology, have created what experts describe as the empowered generation.

Today, Australia’s 4.6 million Gen Zs form part of a two billion worldwide population. In this nation they began life when the birth rate was not only declining but hit an all-time low. However, their numbers have changed the course of history and they are now part of record annual birth rate.

This is the generation whose lives are socialised, shaped and empowered by an intuitive grasp of social media and digital technology.

“The empowered generation, resonates so much with us,” Ms Herridge tells My Weekly Preview.

“Prior to COVID it was so easy to travel and so easy to connect because of technology. Social media has allowed us to witness life outside of our immediate surroundings. Opportunities are presented to us on this platform.

“It has enabled us to live an inspiring life, however that may look.”

Yet, right alongside their mastery of the digital world, this group of people are navigating an unknown path through the global pandemic. For many, this has meant the absence of graduations and celebrations of significant milestones.

For others, lockdown has resulted in less physical time at educational institutions, nightclubs and even the chance to experience share-housing. Perhaps, it has prompted a big picture re-assessment of life goals.

“COVID-19 has shown us how fragile our existence is and without a healthy climate, without being able to connect with others, we are so fragile,” Ms Herridge says.

“These events we have experienced, whether that be a pandemic, or being faced with climate breakdown, reiterates that our time here is very short, and it could change any moment. This is why we believe in living our life our way.”

Yet, in the darkness of the pandemic, the Sydney University report implies that a YOLO attitude is encouraging the Gen Zs to move on quickly and find their ‘sweet spot’.

For employers, YOLO may equate to a high staff turnover. On the other hand, for employees, YOLO encourages a range of immediate job alternatives.

Unlike other generations who may have waited for a mid-life crisis to propel them out of the rat race, towards a search for work/life balance and satisfaction, it appears this generation is willing to take risks early on; as soon as they can they’re getting on with their side hustles or taking a deep dive to make dreams happen, or they’re totally opting out of conventional workforce structures.

This has prompted some experts to believe that coming of age during these rocky times has rendered Generation Z more pragmatic and hardworking than the previous generations.

They have also been likened to the Silent Generation, those born between the mid-1920s and early 1940, who were moulded by war and the depression.

Neil Howe, an American historian, economist and demographer, describes this generation as, “not only overly thrifty, but the most-career focused, and richest generation in our history”.

Perhaps this bold combination of traditional and non-traditional values, digital street smarts, gumption to speak out on social justice issues, experience of world-wide hardships together with the YOLO philosophy is enough to provide Generation Z with the perfect mix of ingredients to cook up a brave new world.

They are the age of the 21st century and with that has come more material advantages than any other.

These material advantages have created an entitled generation, and Gen Zs are happy to admit this.

“We are very self-entitled and self-indulgent,” Ms Herridge says.

“A lot of my friends, we talk about this. But through our experiences of being able to previously travel freely and do as we wish, we have discovered the power of connection, and the power of supporting others. We may have been self-centred at first but as we grow and learn, we are moving into a new focus and that focus is on community.

“Previous generations were taught to be polite, to be over-accommodating of others. It was all about image and how you were portrayed by other people.

“My generation has come out and said, we are not going to live our life how others expect us to. Is that such a bad thing?”

Dr Rachael Sharman, senior lecturer and researcher in psychology at the University of the Sunshine Coast, says that potentially, Gen Z’s environmental knowledge and concern could translate into future government policy making: “I dare say Gen Z will continue the pressure on climate change policy – they belong to a generation that has been attuned to this issue from the outset and have a better understanding of climate science than their predecessors.”

Dr Sharman says as a Gen Xer who graduated in the ‘recession we had to have’ era, she can attest to the long-lasting caution this creates in your future mindset. Therefore, she understands how Gen Zs who are experiencing the ramifications of COVID are feeling a “bit burned and probably less likely to take financial risks”.

In comparison to other Australian states, Queensland has not experienced long-term lockdown conditions. In fact, 18-year-old audio production and engineering student Noah Ayling has kept up his physical classes and part-time job, leading him to say he’s optimistic about the future.

Meanwhile, nearly a thousand kilometres away in a Sydney suburb, 20-year-old media student Lilly-Ann Alexander is having a different experience. She has been in lockdown since mid-July. Since then, she has commenced a TAFE course and attends classes through Zoom.

“I can spend up to six to seven hours in front of screen, and that can feel like a long time in front of a screen,” she says. “I wish I could go there [TAFE] and meet friends and talk with people – it would be so much easier.”

Impacts of COVID
One in three Gen Zs want to be the first with innovative technology, but one in eight have either stopped or slowed down social media use in the past 12 months.

Family over fashion
This generation is more focused on family than fashion and entertainment.

Meaning of happiness
Ninety-four per cent of those surveyed say staying mentally and physically fit provided a key source of happiness.

Consumer choices
Choices are more often than not based on businesses who mirror their own values. Meal delivery, ride-hailing and music streaming are favoured preferences.

Concerns
Sixty-one per cent are perturbed by climate change, while 56 per cent are worried by natural disasters.

Mossy: a man of the people
High tea fundraiser