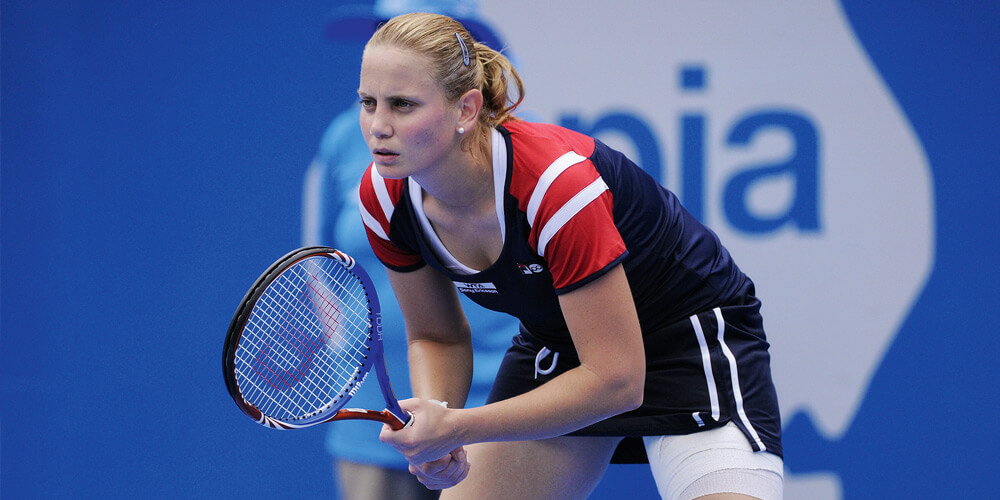 It was no secret that prodigious tennis champion Jelena Dokic’s relationship with her father and coach Damir was a tumultuous one.

His public abuse of Ms Dokic, not to mention match officials, was on display for all to see during her much publicised tennis career.

But few knew the extent of the physical and emotional abuse she suffered at the hands of her father.

In her new autobiography, Unbreakable, she reveals what really went on behind closed doors, including almost daily beatings, to the point of passing out, whippings that left her entire back bruised, insults like ‘whore’ and ‘slut’ and abandoning her to sleep in the player’s lounge at Wimbledon.

“It took a lot of energy and many years to try and get my life together,” she tells My Weekly Preview.

“It has been a very freeing and liberating experience writing about it.

“I had a very difficult situation to deal with, serious issues that were not your everyday problems,” she says.

“To play in such a competitive sport and compete for 10 months of the year while dealing with off-the-court problems, I really struggled to do both.

“There was so much pressure.”

Born in Croatia, Ms Dokic emigrated to Australia as a refugee with her family in 1994 at the age of 11 and experienced poverty and racism growing up in the Sydney suburb of Fairfield.

Her extraordinary tennis abilities soon saw her touring the world, but her father only became more violent.

Her career peaked when she made the Wimbledon quarter finals in 1999 at the age of 16 and the semi finals in 2000.

She represented Australia in the Sydney Olympics in 2000, went on to win her first WTA singles title at the Rome Masters in 2001 and reached the quarter finals in the French Open in 2002.

At just 19, Ms Dokic was world number four, holding her own against Monica Seles, Martina Hingis and Lindsay Davenport, and was Australia’s great tennis hope.

But at the insistence of her father, she renounced Australia to play for Serbia in 2000, a decision she says is one of her greatest regrets and which outraged a legion of Australian fans.

“This is something I cover quite extensively in the book,” she says.

“He made the decision. I was 17 at the time and I thought it was a disgraceful decision and something I never wanted.

“If there’s one thing I could go back and change in my career, this is the one. The biggest mistake. It’s something I would never have done on my own and that’s why I came back a few years later.”

Today, she lives in Melbourne with her long-time Croatian-born partner Tin Bikic, working as a sports commentator, motivational speaker and mentor to young tennis players.

She has let go of trying to make peace with her father.

“I tried to reconcile a couple of times over the years but I found it difficult to have any normal communication or relationship with him.

“I don’t think we can find common ground, he’s a difficult person. Would I like to have had a normal situation and normal family unit?

“Yes, absolutely, but it didn’t happen. It’s sad and bothered me for a lot of years.

“But you get to an age where you have to accept things for what they are and you have to move on. There are other things in life.”

Ms Dokic is now living a happy, normal life and starting a family is high on the agenda.

“Family is the thing I will be focusing on the most and something that’s very important to me to try and do right,” she says.

“That’s what I’ll be doing in the next couple of years.

“Happiness was a concept that seemed so far away, but I’ve worked on that for quite a few years and battled to get there. I think I’ve gotten there in the end.”

Jelena Dokic will discuss her book at Maroochy RSL on November 30, 6.30pm to 8.30pm. Unbreakable by Jelena Dokic and Jessica Halloran is out now.