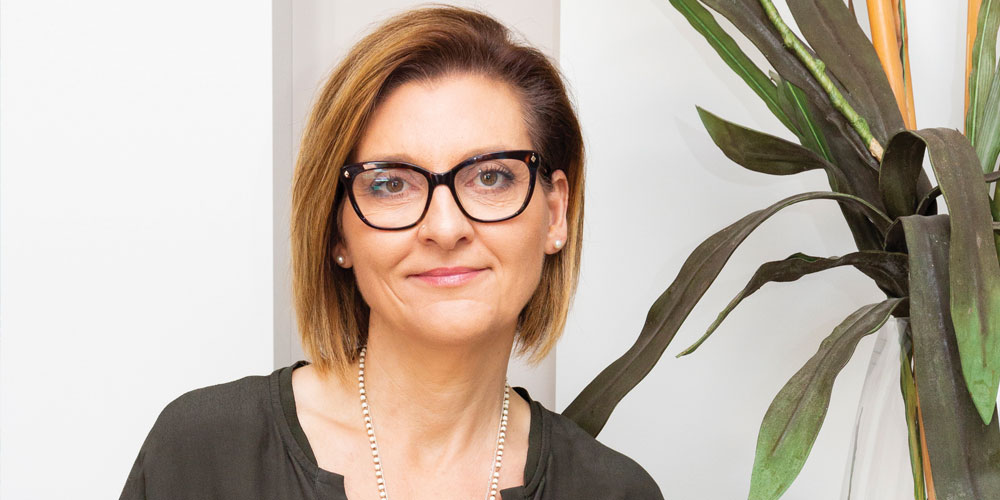 Jeannine Paterson’s quietly spoken demeanour underlies a fierce determination. At the age of 51, the Buderim mother of three recently graduated from medicine and will start work as a doctor at Sunshine Coast University Hospital on January 11.

“When I was little I always wanted to be a doctor,” she says. “It was always what I wanted to do, but life took me in different directions.”

Born in New York, she moved to Austria when her parents separated and attended boarding school there. Upon graduating, she began studying medicine at the University of Vienna at the age of 18. But after meeting her Australian husband Scott, she immigrated to Australia in 1992 and was unable to continue her studies.

“When I came to Australia I wasn’t a resident and couldn’t attend university unless I was able to pay overseas student fees,” she says. “They also looked at my degree as being partially completed and said I would have to start over. At that stage, my priorities had shifted. I wanted a family. I wanted stability. I didn’t want to dump my kids in child care and never see them. My heart said, ‘no, you need to be home primarily with your kids if you want a family’.”

Dr Paterson studied naturopathy, followed by a bachelor of nursing and a postgraduate diploma in midwifery science. “In my final year of natural therapies I had my first child. Then I thought nursing and midwifery would be a really nice career.”

Three sons later, the family moved from Melbourne to the Sunshine Coast and Dr Paterson began working as a midwife at Nambour Hospital. But as her three sons grew and became more independent, she realised she still hadn’t fulfilled that lifelong dream.

“The old desire to do medicine came back,” she says. “I just didn’t want any regrets.”

She sat the nerve-racking GAMSAT (Graduate Australian Medical School Admissions Test) in 2014 and began her postgraduate degree in medicine at the Gold Coast campus of Griffith University in 2015.

“I had to move to the Gold Coast,” she says.

“I got a unit and lived there during the week and commuted home on the weekend. Scott and the boys were left to hold the fort on their own. My youngest son Hugh was nine, Danny was 15 and Nick was 18. Nick and I started uni in the same week.

“You always have maternal guilt, leaving a nine-year-old behind, but the other two were self-sufficient,” she says.

“It was important for me to have my own space. It meant I could be away and be able to concentrate on what I needed to, not to be dragged into doing school drop-offs, laundry and the day-to-day runnings of a household.

“I was lucky to have an enlightened husband who was very supportive to want to see me fulfil my potential. He was able to fulfil his in chasing the career he wanted. He saw that it was my window of opportunity. It was my time.”

Dr Paterson says the subject matter itself wasn’t difficult for her to grasp, but rather than sheer amount of work required to complete the degree was at times overwhelming. “There were days, particularly before exams, where I would be sitting there for 10 hours a day studying.”

The other challenge was navigating relationships with a cohort of students in their early twenties.

“There were a lot of lovely, smart, intelligent kids but at the same time, there was a high level of immaturity and cliquiness. A lot of people never even spoke to me. That was the hardest part, because I felt a bit of a fringe-dweller.

“I was away from my family, my social connections here on the Coast, away from my comfort zone. Had I not had my one good friend, it would have been a really lonely four years.”

Dr Paterson received a scholarship through the Australian Defence Force and at the age of 48 became an Officer in the Royal Australian Air Force. So after completing her two-year internship and residency at SCUH, she may be deployed. By that time, her youngest son will be 15.

Despite her extraordinary achievements, Dr Paterson is humble. She simply wants to share her story to encourage other women not to give up on their dreams.

“I think women often put their own aspirations aside because they get so invested in the family and kids and rightfully so,” she says. “As they get to this stage in life – the forties and fifties – they grieve the loss of youth and loss of fertility.

“There are a lot of emotional changes happening. I guess what I would want is for women to be encouraged through this story. To basically reframe their perspective on this time of life. This is a huge opportunity for them to pursue their aspirations. They have more freedom, more space.

“Women have so much that’s really valuable. They should never underestimate what they’re capable of. Put your mind to it and don’t worry about the barriers and obstacles. A lot of the time, when you make that decision and make that leap, a lot of the things you thought were obstacles will sort themselves out.

“It’s never too late. Don’t ever think it’s too late.”