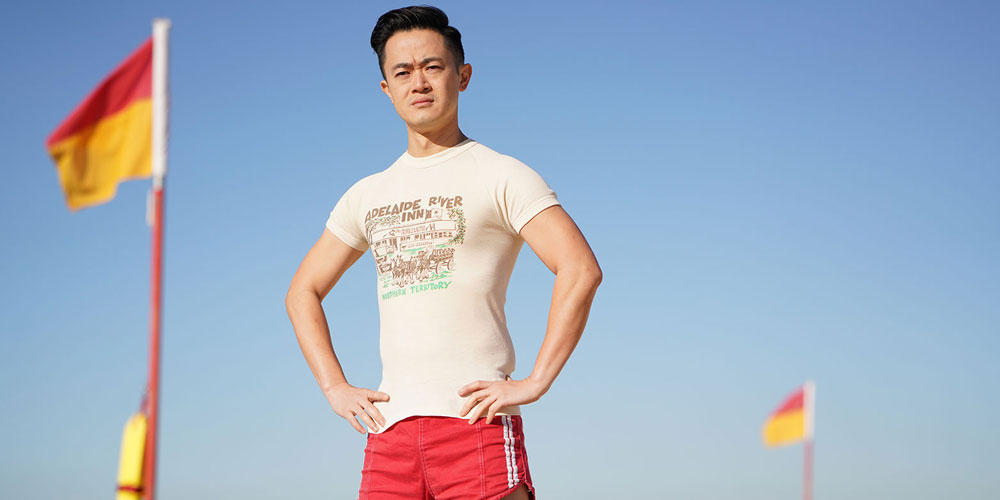 When Pauline Hanson made her maiden speech to the Australian Parliament in 1996, Benjamin Law was in his early teens, just commencing those awkward years of adolescence when most kids are desperate to be accepted by their peers.

Things were about to get a whole lot more awkward for Mr Law, an Asian Australian who grew up on the Sunshine Coast and attended private school.

“I think it was the fist time I was politicised,” he says. “Someone in power was saying Asians don’t belong in Australia. We don’t assimilate. I thought, wow, this is where I was born. This is the accent I speak in, it’s one of the broadest Australian accents you’ll hear.

“I was one of the first Asian kids in my school and I started feeling like a conspicuous target. Before that I wasn’t bullied.”

In his best-selling memoir The Family Law, he wrote about growing up on the Coast with his Hong Kong-born parents and four siblings in his trademark witty, insightful way. It was later adapted for TV and became a hit.

His new show, Dragon Down Under, promises to be every bit as entertaining and incisive as he delves into his cultural roots and explores the history of Australia’s relationship with China. As part of the filming, he returned to the Sunshine Coast to retrace his parents’ footsteps, who migrated here in 1975.

“They landed in Caloundra from Hong Kong – you couldn’t get a bigger contrast. It was a culture shock, but my parents were really accepted by the local people. This was an age where the national conversation was about multiculturalism as a positive thing, but then the tone changed in the 1990s when multiculturalism became talked about as a negative thing and Asians were singled out.

“As a child of migrants and an Asian Australian kid, that’s when I became very conscious of my race for the first time.

“There were incidents of people yelling things at me from passing cars, which is always a nice thing to do to a child you don’t know,” he laughs.

“My friends would say, ‘yeah I think Pauline Hanson is right’. I’d say, ‘but she says Asians don’t assimilate’. They’d say, ‘we don’t see you as Asian’. This is messed up.

“You feel relief, but then you think, if you don’t see me as Asian, what do you see me as? I’m not white. What they’re saying is being Asian is inherently bad and we don’t see you as bad. That’s a brutal thing for a growing brain.”

The idea that Asians didn’t assimilate made no sense to Mr Law, who saw his parents and grandmother hit the ground running, opening their own restaurant, paying taxes and contributing to Australian society.

Dragon Down Under explores these cultural assumptions through the lens of his own family’s experience and confronts the anxieties that exist in Australia today about the growing influence of China on our shores.

“One of the takeaways from the documentary is Australia has an intimate but uneasy relationship with China and in a way, always has. Our economic past, present and future is dependent on China, but we’re also deeply different countries in terms of attitudes towards human rights and politics.”

In revisiting the Coast for the show, Mr Law is full of praise: “I hope people watch the show and see the Sunshine Coast as a region who came out and supported my parents at a time when there were very few people like them there,” he says. “They were pioneers in business and they could only do that because the Sunshine Coast came out and supported them.”

Dragon Down Under will air on the ABC on July 30 and August 6.

Continue Reading
You may also like...
Related Topics: writer