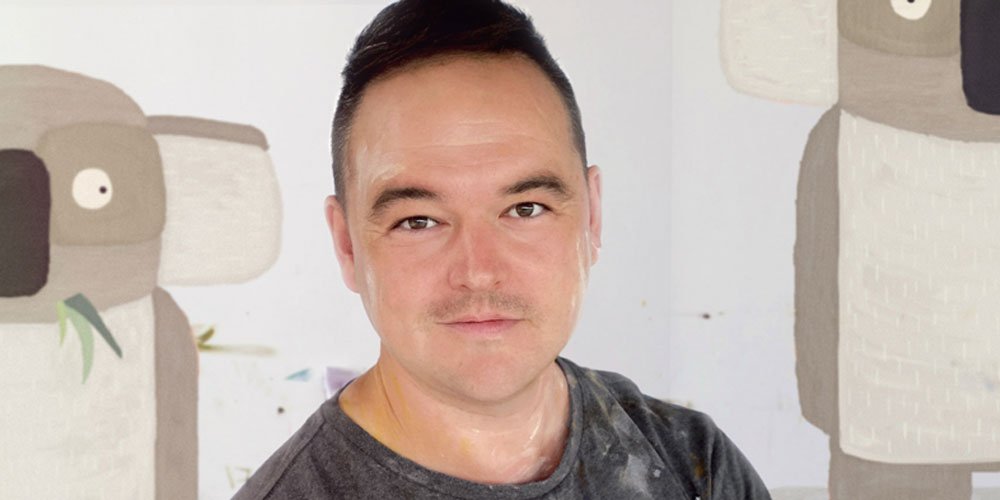 It isn’t every day your work falls into the hands of an astronaut and is catapulted 400 kilometres into space. But this is the story of Eumundi author and illustrator Philip Bunting.

This year, his book Give Me Some Space! was featured as the National Simultaneous Storytime story and read to thousands of Australian children from aboard the International Space Station by NASA astronaut Shannon Walker. 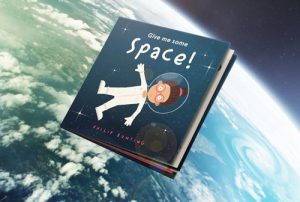 “Give Me Some Space! is a book about a kid named Una who is fascinated by space. The story follows her mission to find life away from earth with the help of her goldfish Neil,” he says.

National Simultaneous Storytime is an initiative of the Australian Libraries and Information Association (ALIA) and each year, an Australian author is selected to read their book to as many primary and preschool-aged children around the country as possible, simultaneously.

“The goal was to reach over one million kids. We ended up with over 1.98 million registered readers in 2021,” Mr Bunting says. “This year, ALIA put their heads together with the publisher of the book, Scholastic Australia, to give NSS a little bump, by sending a copy of Give Me Some Space! to the International Space Station.

“The reading was absolutely wonderful and of course was a real career milestone for me – an incredibly proud moment. Working with a real NASA astronaut was
a bit of a treat.”

Falling into the world of writing almost by accident, the successful author now has his books published in more than 30 countries. “My first book was called Mopoke, which was originally created as a gift for my daughter’s first birthday in 2016,” Mr Bunting tells My Weekly Preview.

“I had no intention of seeking professional publication, but my better half, Laura, encouraged me to send the manuscript to a few publishers. I think I sent out eight rather cheeky cold-call emails, and within a fortnight, I had eight offers to publish. Things moved pretty quickly from there.”

As a father of three young children – Leo, eight, Florence, six, and Arthur, three – Mr Bunting says he finds reading with rather than reading to his children the best way to engage with them “in the most meaningful way”.

“Picture books in particular provide the very best platform for positive and productive interaction between the reader and child,” he says. “They allow you to ask questions, explore ideas, be silly and have fun together.

“Again, as a parent, I’ve found that there are very few activities that allow for such a focused opportunity to bond with your kids.”

Mr Bunting, who is originally from England, says when children are read to they begin to positively associate books with learning and fun and he likes knowing he is helping that process through his books. “Being able to provide this platform for intergenerational engagement is the thing I love most about writing.

“Ultimately, I hope to do my little bit to help parents engage with their little ones and encourage a love of learning in those being read to.”

Mr Bunting has “no idea” where his inspiration comes from to write and illustrate his books. “My books are an odd conflation of thousands of ideas and interests. Each book starts with a simple idea, which can typically be expressed in one sentence.

“For me, the book is simply the vehicle for the idea – the words and [illustrations] are the Trojan Horse that deliver it. Or more sweetly, the spoon full of sugar.”