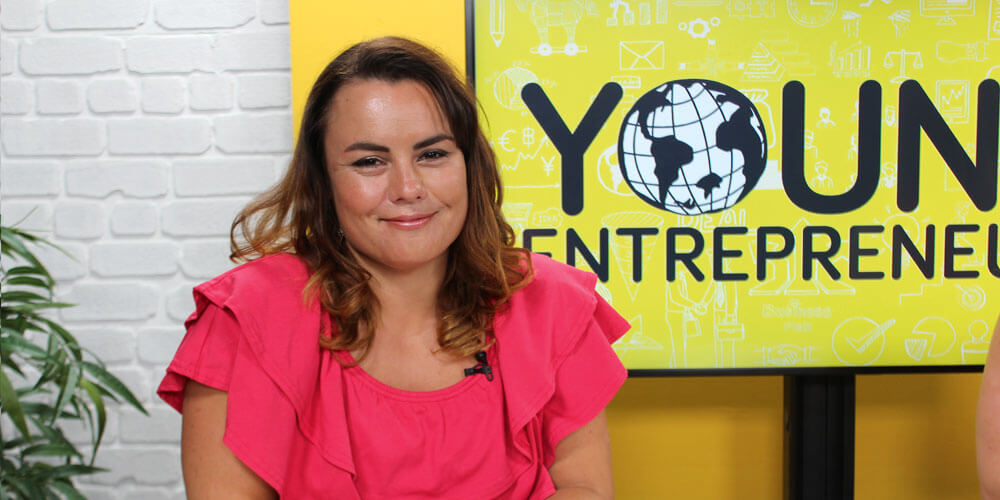 Sunshine Coast businesswoman Yvette Adams has so many feathers in her cap she could just about take flight.

She started her first business at 17 and currently runs three businesses, is a twice-published author and serves on a number of boards.

Now, she’s giving young people following in her intrepid footsteps a platform to showcase their business ideas with her web-based show Young Entrepreneurs.

Ms Adams hosts the show, which launched in 2016 and can be viewed on BRiN, the world’s first 24/7 business advisor app powered by artificial intelligence (AI) or on YouTube.

To date, Ms Adams has completed 14 episodes of the show, and is due to fly to Sydney in early April to film more, after the show was commissioned for a further series due to its popularity.

“I’ve had a ball interviewing these amazing young people,” she says. “They are all seriously inspiring and I’m constantly learning things from them.”

To be eligible for consideration, Ms Adams says potential guests must range in age from 12 to 25 years and have a “few runs on the board” with their business and a unique story to share.

Stories covered to date include a 13-year-old from Sydney who raised $20,000 for motor neurone disease research in just 18 months from a lemonade stand, guests with more than 15,000 Instagram followers who regularly generate e-commerce sales from the social network, guests who are leading the way in the development of hologram technology globally, guests who have created three legitimate businesses by the time they were 25 years old, and others having celebrities such as the Kardashians endorse their lavish dessert business.

“What is particularly heartening is the fact that many of the guests seem to have a really strong social conscience and even though they are young, they are already giving back and making this a part of the very fabric of their business,” Ms Adams says.

Born in Wellington, New Zealand, Ms Adams travelled the world three times in her twenties and used London as a base.

She skipped university and started her own newspaper at 17 and has gone on to own six businesses.

She says she knows exactly how it feels to slog it out in a world of older people who underestimate what you’re capable of and was happy to accept the offer to host the show without payment, despite already being under the pump with her three businesses, The Creative Collective, The Training Collective and awardshub.com.

“We’ve had guests from Victoria, New South Wales and New Zealand but not many from Queensland,” she says.

“We would love to see some from the Sunshine Coast. We do have a startup culture and scene here and I encourage young Sunshine Coast entrepreneurs to apply to be on the show.

“I encourage people to watch it if they have entrepreneurial children, or just for themselves. People put all these limitations on themselves – ‘I can’t do this business, I don’t have the skills’.

“What I love about these people is they show you if I can do it at my age, with little to no initial funds, business experience or contacts, anyone can do it.”

Download the BRiN app from the Apple Store or Google Play for free and search for ‘Young Entrepreneurs’ to view the shows.