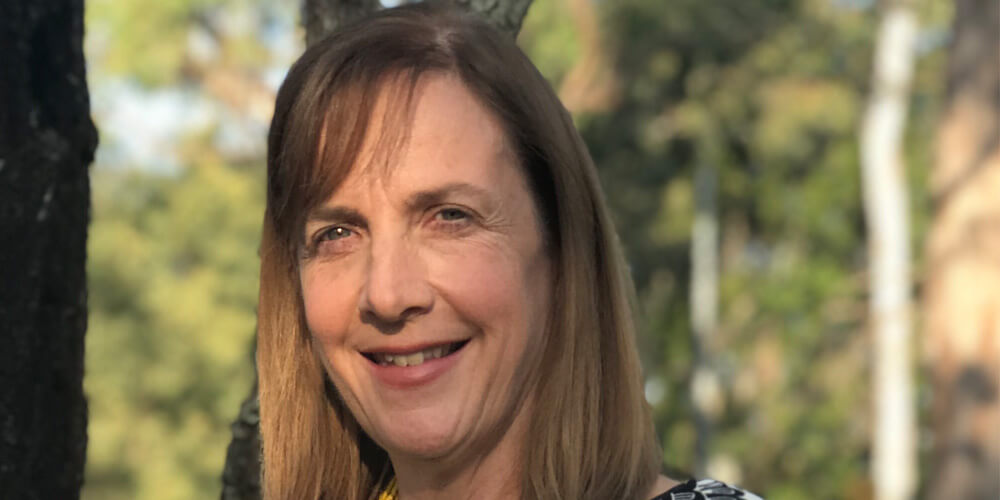 Vanessa Fowler says in hindsight, there were signs that things weren’t right in the marriage of her sister Allison Baden-Clay and Mrs Baden-Clay’s husband Gerard.

“If we had of known what we know now, things may have been a little different,” she says.

“There was the isolation. We didn’t see all that much of her because he had blocked our numbers from their home phone, she couldn’t contact us and we couldn’t contact her. He monitored her phone, her texts, the calls she made and received.

“There was also financial control. We had no idea about their financial situation. Everything that came out in the trial indicated he had control of all of the money and was not good at managing the finances of the family.

“Throughout the whole process, we could see a change in her from being a very confident career-minded woman to losing a lot of her self-esteem because of the derogatory comments he was making to her on a daily basis. That came out as evidence in her diary.

“We as her family were the bystanders. Certainly there are things we could’ve, would’ve, should’ve done if we had more knowledge and education around the whole issue of family and domestic violence.

“We’re brought up with the mindset that it’s none of our business; they’re a married couple and you don’t interfere. They can sort it out. But that’s not the case.”

Tragically, Mrs Baden-Clay was murdered by her husband in 2012, leaving their three daughters without a mother. Ms Fowler’s parents are now raising the girls, who haven’t seen their father since he was convicted.

“My parents are doing really well,” Ms Fowler says. “It has been tiring for them and they didn’t expect their retirement years to be uprooted and to be having to raise three beautiful girls again.

“In this day and age, with technology, raising children has certainly changed since they did it the first time around. It’s a lot more complicated, but we have a great network of family and friends around us. The girls are doing well and they’re happy.”

In 2014, Ms Fowler launched the Allison Baden-Clay Foundation to advocate for education and awareness of domestic and family violence. She was still working full-time as a primary school teacher at the time, but has since scaled back to part-time as the foundation has taken off.

On March 8, she’ll visit the Sunshine Coast for In Conversation – Celebrating International Women’s Day and
is looking forward to spreading her message to our local community at the lunch event.

“The event is all about having a conversation,” she says. “We all have a voice and we need to use our voice. We can use it in many and varied ways, particularly when it comes to family violence.

“We can use our voice by approaching a neighbour or friend or work colleague, by letting them know you’re there for them and support them. Family and domestic violence are very isolating and knowing there is somebody there does make a difference.

“Even men calling out their mates when having drinks at the pub on Friday night – calling them out if they make derogatory comments against women.

“It starts early. When we use our voice in negative ways like ‘don’t run like a girl’ or ‘don’t cry like a girl’ it immediately sends out a message that girls are inferior and I am stronger than them.

“Our voice can lift people up with great supportive comments, but it can also tear people down and strip them of their self-esteem. It’s very important we use our words wisely, particularly when it comes to family and domestic violence.”

The Allison Baden-Clay Foundation has recently partnered with Griffith University for the MATE Bystander Program, which has been tailored to incorporate Mrs Baden-Clay’s story to show that what happened to her is not just theoretical. Things like isolation, attacking someone’s self-esteem, controlling their technology or their finances, can lead to a tragedy.

“I believe the message is getting through,” Ms Fowler says. “We’ve had women come forward because of Allison’s story and it has saved their lives. They were able to make the decision to move out, to make a break from their partner and they actually did escape.”

While it’s not just women who are victims of family violence, they are the vast majority. However, it’s important to acknowledge the factors that lead men to commit such horrific acts.

“We would love to see more support given to perpetrators,” Ms Fowler says. “What is going on in their minds that they feel they need to do this? We would love for more men to stand up and support other men.

“But some people are psychopaths or narcissists and that’s the way they’re wired. In our case, I think it was one thing on top of the other – the affair, there was no money, he’d exhausted all his avenues for gaining finance. Allison was heading back to work and gaining independence as the children were heading to school. Something just cracked.”

Ms Fowler says while she’s pleased with what the foundation has achieved so far, including the introduction of Strive to Be Kind Day, there’s a long way to go.

“The main thing is we are trying to encourage respect for others and changing the language we use in our everyday life,” she says.

In Conversation is on March 8 at Venue 114. For more information visit scvenuesandevents.com.au.

Continue Reading
You may also like...
Related Topics: Allison Baden-Clay, In Conversation, venue 114