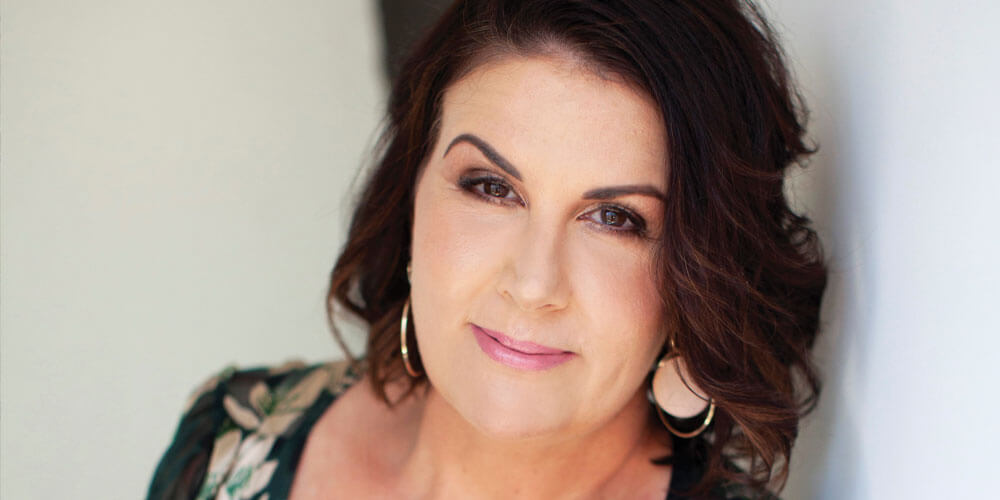 Rachel Pope knows grief. She has lived it for 26 years, having suffered traumatic loss that’s difficult to comprehend. Now, she says it’s time we open up the conversation around grief.

In June, she’s launching her first book, Gifts from Grief, which contains 12 lessons she’s learned through her experience of  grief and how, when seen from a different perspective, these are actually gifts.

When Ms Pope was 17, she had just finished school and was training to be a pilot. She had the world at her feet but then her father died of bowel cancer. He was just 47 and it was only six weeks from diagnosis to his passing. “You’re not equipped at that age to think about grief,” she says. “You just put on a brave face and get on with it.”

But it wasn’t the last tragedy Ms Pope would face. Eight years later, in 2000, her brother died in a car accident. Then, in 2012, Ms Pope’s husband and father of her two young children died of the same cancer that killed her father – at the same age.

“With my husband, we had a little over  16 months,” she says. “We were hopeful right to the end. We never talked about losing the battle with it.

“He was fit, healthy, loved to ride his mountain bike. To look at him during chemo, nobody could really tell he was sick. He was still taking the kids to kindy and school. He was very strong on the outside; people didn’t know.”

Finding herself widowed at 38 with two young children to care for, Ms Pope began looking for help and what she found – or rather, what she didn’t find – changed her life.

“I went looking for resources – there was a lot  of clinical stuff about the stages of grief but what I  was experiencing wasn’t the orderly stages as something you start and end. When I started trying to talk to people, I quickly discovered it’s not something that’s discussed.

“It was a full circle awakening for me to go through all that again and I realised I hadn’t dealt with the grief of my dad, because it brought it all up for me. I started writing and journaling about what I was going through and I started a community called Gifts from Grief on Instagram about 18 months ago.”

The group now has more than 8000 followers and when Ms Pope realised it had tapped into something universal, she decided to write a book.

“A lot of people talk about grief in the US, but not so much here in Australia. I quickly became passionate about lifting the lid around conversations around grief, making  it okay to talk about it, realising people don’t know what to say or how to help.

“What I find with grief is you have support around you for the first few months then everyone gets on with their life,” she says. “The loneliest time can be a year down the track when you’re still missing them every day and everyone else is getting on with their life.

“People are well meaning but they don’t understand. It’s better to say ‘I don’t know what to say and I’m here for you’ and to show up rather than trying to fix it.

“I’ve written a bonus chapter on how to help a friend. It’s had an amazing response. I’ve done some speaking events and so much of what kept me going and why I eventually decided to write the book was all the messages from people saying ‘I lost my mum last year and I don’t talk about her anymore’. People feel awkward when you’re talking about somebody who has passed.”

Ms Pope has repartnered and while she’s living a fulfilling and happy life with her two children and her partner’s daughter, she says the grieving isn’t over.

“It doesn’t go away. I still think about my loved ones every day. I see them in my children every day. But the pain eases and you learn better coping mechanisms. You learn how to embrace life in honour of them.”

Rachel Pope will launch her book Gifts from Grief on Tuesday June 4 at Kingdom House in Tanawha. If she sells 100 tickets to the event, she has committed to donating $1000 to Samuel Johnson’s Lap Around Australia fundraiser for his Love Your Sister campaign. Visit eventbrite.com.au and search for ‘Gifts from Grief Official Book Launch’.  Visit facebook.com/giftsfromgrief for more information.