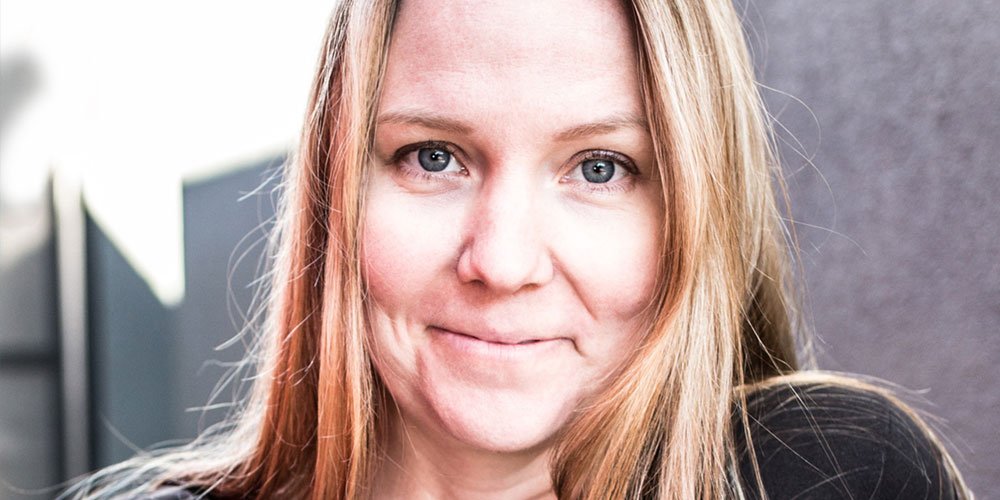 Are women funny? It’s one of the main questions comedian, playwright and actor Jasmine Fairbairn gets asked.

The question has been posed everywhere from The New York Times to Vanity Fair and even studied by science. The late Christopher Hitchens famously said it’s not necessary for women to be funny in order to be attractive to the opposite sex, but men need all the help they can get.

Ms Fairbairn disagrees. She says women are as funny as men – and just as damaged.

“Every comedian is broken inside and is filling that void of lack of parental love with strangers laughing,” she says. “Comedy was a hundred per cent a coping mechanism from when I was young. One time I made my mum laugh and I blame her for my becoming a comedian, because I made her laugh once and it felt real nice.

“Being a female comedian is like living in any other male-dominated industry where of course there is a boys’ club, but women aren’t dismissed by other comedians anymore. I think that’s in the past.

“Although I had one instance where I stood up on stage and hadn’t even opened my mouth, when a guy stood up, went ‘nope’ and walked out,” she says.

She wasn’t hurt or offended, but she did laugh. A sense of humour, a thick skin and some emotional pain to draw on are helpful for anyone trying to make it in comedy.

“It’s terrifying, but I don’t really get nerves anymore,” she says. “The reason I chose standup was because it was the scariest version of anything I could think of doing. You learn after a long time how to make people feel comfortable. The second you look nervous, they’re nervous too. No one wants you to fail badly. They want you to fail securely. If you bomb, you have to own it – and everybody bombs. If the audience feels worried or afraid for you, that’s not funny, it’s just sad.”

Many factors can affect how well a comedian does at a gig, from the audience being too hot or too cold or the person who went first destroying the vibe. But when it works, there’s no better feeling, she says.

“There are so many factors beyond what you can control, but you learn to mitigate them as much as humanely possible,” says Ms Fairbairn. “It’s like being a drug addict. It’s basically like heroin, chasing that first very good feeling every time.”

Originally from Canada and now based in North Lakes, Ms Fairbairn cut her teeth at the famous Loose Moose Theatre Company in Calgary, where she performed from the age of 15. Her first foray into comedy in Australia was Fiona McGary’s standup comedy course at the Sit Down Comedy Club in Brisbane.

“I didn’t expect anything to come from it except fun,” she says. “I ended up being more involved. I joined a storytelling group, wrote my play and did standup there at least three or four times a week. You can write all you want at home, but you have no idea what works unless you’re on stage. Standup is one of the only things that’s creative that you learn on the job. You can learn to play guitar in your room until you’re good enough to go on stage. With standup you can’t; you need an audience to practise. You have to find your voice and your persona on stage.”

Ms Fairbairn is set to visit the Sunshine Coast with the Funny Mummies Comedy Gala by musical comedian Jenny Wynter. Written by mums, for mums, it puts paid to the idea that women aren’t as funny as men.

“These funny mummy gigs are the best,” she says. “The people I’m on with are my favourite and the people in the audience are my people. We’ve sold out every show we’ve done for Funny Mummies. Those audiences have been so grateful to be there, so happy to be out.”

Ms Fairbairn bemoans the lack of government support for the arts in Australia, but says there are innovative ways we can ensure they stay alive.

“We need a support system for artists,” she says. “Not the dole, but an artist support system that makes it easier for people to mentor other people so they don’t also have to work in a job to support themselves. We need systems put in place for sponsorships, not these one or two grants coming out once a year.

“I used to run a free comedy event called Knockoff at Brisbane Powerhouse. It was a sponsored event and an excellent way to get artists supported at different levels. They got paid for five-minute spots or 10-minute spots and somebody like me got paid to produce it.

“I always thought it was really weird in Australia that the end goal for comedians was to work on a cruise ship or work in breakfast radio. I find that bananas. The people doing that are doing it for the money. You get to a certain point where you can’t handle the hustle anymore. It’s a lot. It’s too much. But there will always be a level of open mics and people who are super-keen to get up on stage and make people laugh.”

Funny Mummies Comedy Gala is on at The Events Centre, Caloundra on Friday, January 29 at 7.30pm. Visit theeventscentre.com.au for tickets.