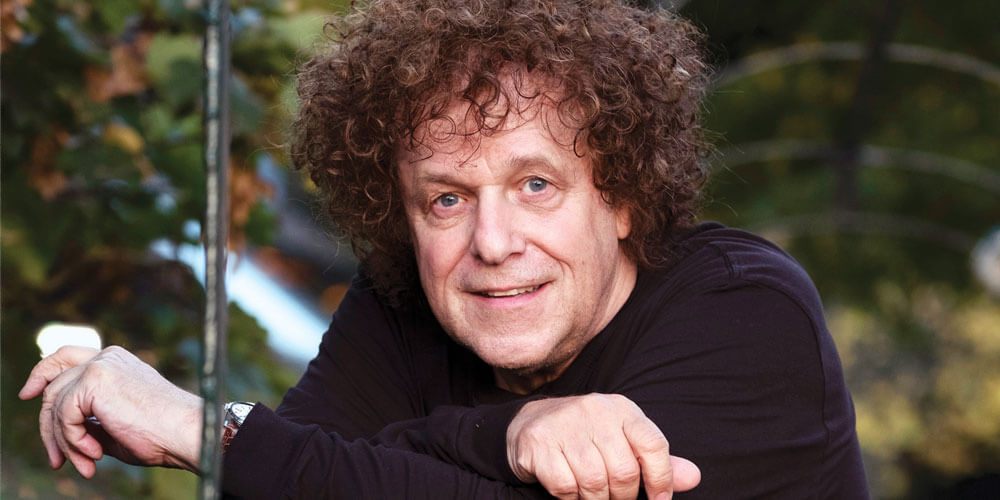 Leo Sayer may be a music legend with a career spanning four decades, but he still has something to prove. At the age of 70, he’s still writing, still performing and still loving every minute of it.

The Grammy-award winner, who is bringing his worldwide birthday tour Still A Boy to the Sunshine Coast on February 16, has the same drive he had as a young British lad with number one singles on both sides of the Atlantic.

“I’ve been working on a new album and I’ve called it Selfie, because I made it totally myself,” he laughs. “I believe the next album is the best thing I’ve ever done. I’m always piling up my albums in my studio and saying, what can I do better?”

Mr Sayer appears ageless. It could have something to do with his boyish charm and trademark mop of curls. But it’s also a result of his youthful attitude. He’s not stuck in the past, saying he’s influenced by today’s music and tries to bring it into his new work.

“A lot of what the new artists are doing is very inspiring,” he says. “I love listening to new acts and hearing how they do things. The whole industry is always looking backwards for clues about how to move forward. The way it changes is almost in a retrofit fashion.

“You have an artist like Lenny Kravitz, who really goes back to move forward. He’s echoing his heroes. In this business, we are always echoing golden times and trying to bring that back. We want every gig to be like Woodstock and every record to be like The Beatles’ White Album. The bar has been set – let’s put it like that.”

When he considers his place in today’s music industry, he says he’s in a unique position. He is that rare musician who has legions of fans around the globe, yet doesn’t have to support a massive entourage, like the Taylor Swifts and Ed Sheerans of the world. He has the freedom to create his own music without worrying about keeping a huge show on the road.

“A lot of artists that are right at the top, it’s part of a money-making procedure for a lot of people around them. I’m unusual because I’m still making music for me. I don’t have anybody I’m partnering with who’s desperate to make money out of me to keep them alive, so I’m a very small cottage industry. That’s very different to how the rest of the industry works.”

When he first started out, however, it was all about pleasing radio DJs, who could make or break an artist.

“It was good in our day, it was tough and competitive and radio wouldn’t play it unless radio liked it. The Beatles and the Beach Boys were always making records for radio. Brian Wilson would try and write classics just so they would be played on radio.

“We were channelling all our efforts to please someone’s else’s criteria and that’s not bad. All hip-hop artists are doing is trying to get played in clubs. It’s the same filter. If their record is weird and whacky, it ain’t going to get played by the DJ. It’s the same screening process you have to go through and often it results in one hit wonders.”

A one hit wonder, Mr Sayer is not. He launched his career in the UK in the early ’70s and had hit singles in both the UK and US simultaneously. He won a Grammy Award for best rhythm and blues song for his 1977 hit, You Make Me Feel Like Dancing – a perennial favourite that makes party playlists to this day – and has released 23 albums.

For an iconic pop star who has outlasted most of his contemporaries, Mr Sayer is incredibly down-to-earth and possibly the friendliest bloke you’ll ever meet. This has gone down well here in Australia, his adopted home. He moved here in 2005 and became an Australian citizen in 2009. Living here, he says, has revitalised him after a string of personal and professional difficulties, which he doesn’t dwell on.

Mr Sayer will be performing some new material in his show, but knows it’s the old hits his fans want to hear – songs like You Make Me Feel Like Dancing, The Show Must Go On, Moonlighting, More Than I Can Say and his own personal favourite, Giving It All Away.

“It’s from my album Just A Boy and it’s really my theme song. I’m writing a book about my life, which will also be called Just A Boy. When I perform Giving It All Away, it’s very magical. The song is like a coming of age and looking back at your life.

“There is this kind of insecurity in the lyric and maybe the feeling you’re still determined to prove yourself. I think that’s something that’s undying. That drive I have, I guess has never really died.

“I’m not going through the motions in this; I’m trying to do it even better. I’ve got this ambition that drives me on. I still need to prove who I am. It’s not enough to relax with the name on the marquee. The biggest danger of people my age is switching off. I’m determined not to do that.”