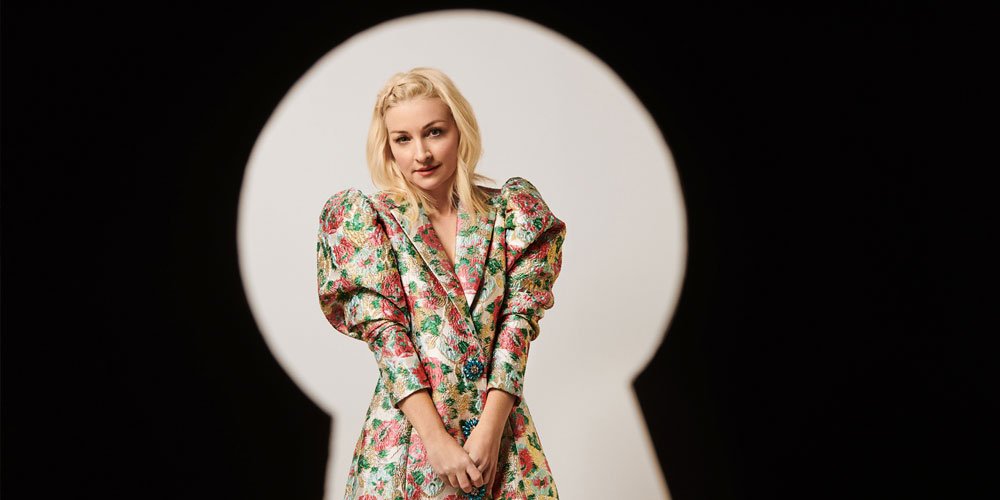 Kate Miller-Heidke’s songs are renowned for their wit and insight. Rolling Stone magazine classed her music as ‘Indie Pop’, but she also had a penchant for glamour.

So, it was fitting when Ms Miller-Heidke’s performance at Eurovision – which is known for showcasing a platform of colourful performers who find it easy to take a creative walk on the wild side – was met with an abundance of love. Indeed, this was the place where the world discovered ABBA.

Eurovision’s 200-million audience watched on as the Queensland-born singer-songwriter gave an awe-inspiring, gravity-defying performance swaying side-to-side, balancing on a seven-metre pole as her she romanced her fans with the song Zero Gravity. The spectacular performance was rewarded with a ninth place in the finals.

For the classically trained singer, who regularly traverses the worlds of contemporary pop, folk, musical theatre and opera, the high-drama gig on the pole meant adding a whole new dimension of training to her daily workouts.

“I spent a couple of months training with Strange Fruit, the Melbourne-based performance art group who pioneered the bend pole technology,” she explains.

“It’s far beyond anything I’d ever done before – I’ve never been a very physical or athletic person.“The scariest part is climbing up the pole. Once, you’re up there, if you can forget the fear, it feels like flying. It’s enormously fun and liberating.”

Ms Miller-Heidke has released four albums in Australia, achieving multi-platinum status and appearing in the top 10 album and single charts numerous times. Still, COVID has caused her the same concerns as every other musician.

“I was in Melbourne all of last year, and it was pretty bleak,” she recalls. “I was doing a bunch of writing and also filming The Masked Singer.”

To cope with lockdown – particularly in longer-term lockdown environments, people adapted in various ways, some by developing quirky habits.

“I began eating dessert after every meal, including breakfast,” Ms Miller-Heidke confesses. “And I developed a low-key Twitter addiction.”

She says she can’t predict how COVID will affect her career, nevertheless, she says, “I feel a strong impulse to really use my time to focus on what’s important – to not sweat the small stuff, as much as I used to.”

All going well on the first weekend of next month, Ms Miller-Heidke will perform at Eumundi’s Sunshine Sounds, a boutique, two-day music festival in the hinterland town.

However, whether it’s the Eumundi or Eurovision stage, Ms Miller-Heidke says she always feels nervous.

“Obviously, Sunshine Sounds will be a little more relaxed and I’ll have more time to connect with the audience – so I won’t be terrified,” she says.

In a special gesture to the local audience, Ms Miller-Heidke is offering to take requests.

“Hit me up on my Facebook or Instagram, if you want to hear a particular song or a dedication,” she says.

For the future, she says she has a few things in the pipeline. “But nothing I’m at liberty to speak of just yet.

As for a bucket list for a person who has already graced most of the world’s biggest stages, she says, “When COVID hit, we were supposed to be workshopping Muriel’s Wedding The Musical. I wrote the music and lyrics with my collaborator Keir Nuttall on Broadway.

“If that show ever gets to see the inside of a theatre on Broadway or the West End, I could probably die happy.

“I mean I’d be happy for at least a few months.”

Kate Miller-Heidke will be performing at the Sunshine Sound Festival, a two-day, all-ages music festival on Saturday, May 1 and Sunday, May 2. The 100 per cent Queensland line-up also includes Busby Marou, Katie Noonan and Miiesha.

Daily tickets to Sunshine Sounds are $80 for adults, $40 for kids (under 18 years) or $200 for a family pass via oztix.com.au. Tickets are limited.
For more festival information, visit sunshinesoundsfestival.com.

Law and order at The Lakehouse
Thanks to our community groups