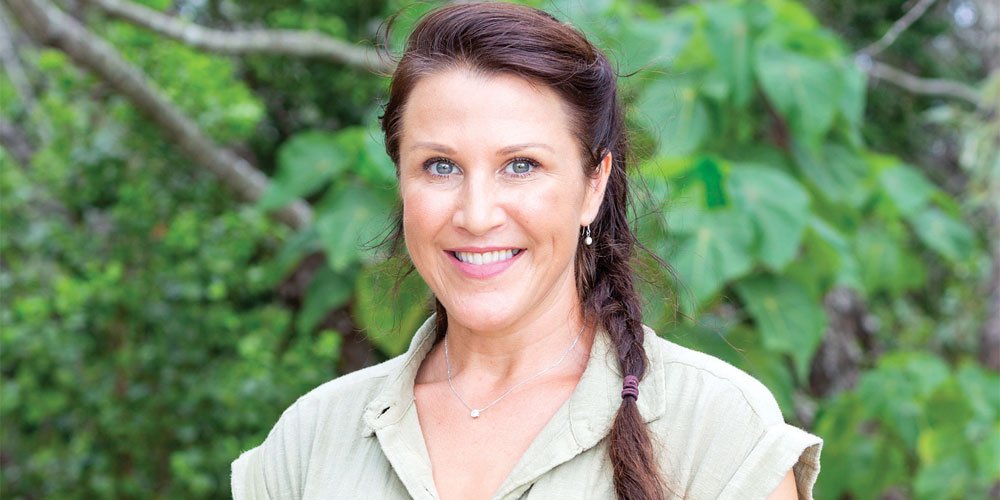 Buderim mother of three Alison Foley is a wonderful example – not only to her children, but to our entire community – of someone who is doing their bit to help look after our planet.

Announced as the winner of the 2020 Sunshine Coast Australia Day Award for Environment and Sustainability last week, she has spent the past two years encouraging people to pick up 10 pieces of litter whenever they can. Her idea has taken off and she has sparked a growing movement of concerned citizens who are drawn to her simple approach to what is a massive global issue.

Ms Foley founded Ten Little Pieces two years ago and her Facebook page now has more than 10,000 followers. Ten Little Pieces is held in such high regard, it is now a Community Ally of Clean Up Australia Day, a 5 Gyres Ambassador and a member of the United National Environment Program – Global Partnership on Marine Litter.

Ms Foley was nominated for the Australia Day Award for an project she spearheaded in April last year. During a brainstorming session with Sunshine Coast Council, she came up with an idea to encourage people to pick up cigarette butts at Alexandra Headland.

A ballot box asked beachgoers questions like ‘budgie smugglers or boardies?’, ‘Queensland or NSW for the 2019 State of Origin?’. Voters could place a cigarette butt into one of two sides of the bin to cast their vote. It was a way to generate awareness and education about correct disposal of cigarettes and after a three-month trial in partnership with Alexandra Headland Surf Life Saving Club, CleanWater Group and Sunshine Coast Council, an incredible 12,000 cigarette butts had been collected.

“Cigarette butts are a type of plastic and are highly toxic,” says Ms Foley. “The research shows us if we can use the cigarette butt litter as a target for education programs, all other forms of litter will diminish.

“Winning the Australia Day Award is an incredible acknowledgement of hope that we can make a difference,” Ms Foley adds. “It doesn’t matter what impact you are attempting to make. You have power as an individual. Whether it’s picking up one cigarette butt or 12,000, like we collected at Alexandra Headland.

“The award is an amazing acknowledgement of the value of collaboration between government, concerned community groups and private citizens. Together we can have an enormous impact in preserving this beautiful place.”

Ms Foley can clearly recall the moment that sparked the idea for Ten Little Pieces, because it was an a-ha moment that involved her children.

“About two years ago I was at the beach in Noosa and my kids were whingeing for ice-cream. I said, ‘Right kids, an ice-cream is going to cost you 10 little pieces of rubbish.’ They came back not long after with arms full of cigarette butts, cans and so on. We washed our hands and got the ice-cream. My six-year-old Liam asked if he could have his in a cone, because he didn’t want the little plastic spoon that came with a cup.

“I realised that an act of collecting litter can make a connection. He connected his consumption with having an environmental impact. He did it in the moment – it still gives me goosebumps to connect those dots. When children engage in an activity, it’s very easy to open a dialogue. Where does this come from, what might happen if we leave it here?”

Ms Foley has three sons under eight and feels a responsibility to leave them – and all children – a clean planet.

“My history is as a superyacht stewardess and my passion for the ocean really does stem from that,” she says. “I was fortunate to be able to visit some of the most beautiful places in the world, both above and below the water. When you become a mother, your interests shift and you look out for the wellbeing of your children.

“To realise our children won’t have the same privileges we had in terms of pristine environments hits me in my core. As a mum, I want to do everything I can to give them that opportunity and to protect and preserve the beauty of our earth.

“It’s one thing to be aware of environmental issues but it means nothing without action. If we’re not implementing change, then we’re not actually making any difference at all.

“The crux of Ten Little Pieces is a very simple act that demonstrates beautifully that it feels good to do good. From a young family’s perspective, it’s difficult to commit to a two-hour clean up. To be able to pick up a little piece of rubbish anytime, anywhere is simple.”

Not long after that fortuitous day at the beach, Ms Foley started her Ten Little Pieces Facebook page and is now launching an education program taking her environmental message into schools, starting from early learning centres right through to year 12.

“What I’m seeing with the education program is that children are authentically engaged and want to know the truth,” she says. “They want to know the facts and how other people have developed solutions. Then they want support to engineer their own action plans and their own ways to implement change. Children see solution development without the blinkers and conditioning that adults do.”

In May she’ll take the Ten Little Pieces message beyond the Sunshine Coast when she joins the eXXpedition Round The World 2019/21. She’ll join a pioneering global sailing mission to research and raise awareness of and advocate solutions to plastic pollution in our oceans.

“I’m away for most of May, but only onboard for eight days,” she says. “We have shore-based missions in Tonga and Fiji, speaking to community groups and schools. I’m really excited and really honoured to be able to contribute to world-leading science on this and to collaborate with my fellow crew mates from so many different disciplines towards the development of solutions is an extraordinary opportunity and I’m sure it will be a life-changing opportunity. ”

Ms Foley is running a GoFund Me campaign to raise $10,000 towards her trip, and has raised $3420 at the time of publication. To donate, visit gofundme.com and search for ‘Alison’s eXXpedition’.

Out and about: Local Artists Art Prize event
The road ahead