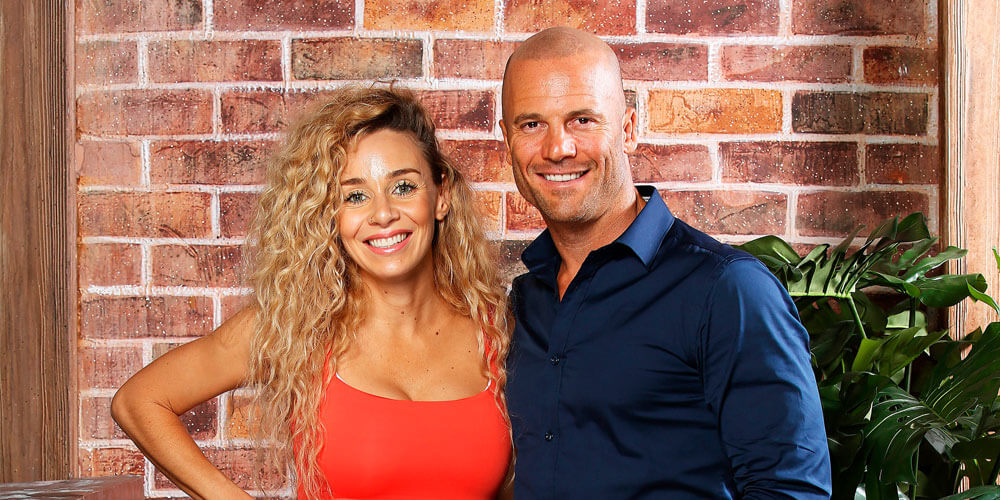 She’s warm, outgoing, friendly and approachable, not to mention drop-dead gorgeous. But Heidi Latcham says she never gets asked out.

So she can’t spill the beans on how her relationship with Mr Gunner has worked out, but she’s happy to chat about her new life on the Sunshine Coast as a radio presenter on 91.9 Sea FM doing breakfast with BarRat.

“I’m from here originally but I haven’t lived back here permanently for a few years,” she says. “It’s so nice to be back here and I just want to stay here forever. This is it. This is home for me. It’s so nice for me being able to do my dream job in my dream town.”

Ms Latcham was working as a radio presenter in Townsville last year when she got the call to join MAFS and spent the second half of the year living in Melbourne and filming the show.

“I’m so glad I did it,” she says. “I’m so grateful for all the lessons it taught me. I went in as one person and came out as a different person. It’s the hardest thing I’ve ever done.

It was emotionally, physically and mentally exhausting, but so worthwhile. I learnt so much about myself and so much about other people. I learnt about life and that’s something I will take away with me for the rest of my life.

“I’ve learnt that I can be a stronger person than I thought. Sometimes I could be very sensitive, sometimes I would crumble. I feel bolder now than I have ever.

I feel tougher, I feel like I can do anything now. Before I thought I was a bit wary of things but now – this is the most hardcore thing I’ve ever done. I’ve done some crazy things and taken a lot of chances.”

Which begs the question – why has she found it so hard to meet the right man?

“I never get asked out,” she says. “I added up all my boyfriends and worked out which ones I had been set up with and which ones I’d met organically – over half I was set up with.

“I just never get approached by guys and now I’m 38, I don’t have any more friends to set me up with any more boyfriends. I’m single and have no babies. They’re all married with kids. It’s hard to meet people and internet dating didn’t work for me. I hated it.

Ms Latcham  went on the show genuinely hoping to find love and as viewers would know, has experienced an emotional rollercoaster with Mr Gunner. Now the show’s over, she can look back at the experience and see both positive and negative.

“I’d only ever watched one season last year,” she says. “I just went on it based on that. I saw people fall in love on that, so I was hopeful what it could do for me.

“Watching it back this year it’s wilder and more intense than I think it’s ever been. Sometimes I watch it and go ‘oh my god are people really like that?’ Being part of it I was thinking exactly the same – ‘who are these people? What on earth, what are you doing? Where did your morals come from?’.”

But she does see a place for the show, which is described as a ‘social experiment’. “As crazy as it is for society and sometimes it’s full-on and very disruptive, it also creates a lot of conversation that sometimes needs to be had. If it’s done in a conscious way it’s okay.”

With her blonde ringlets and big smile, Ms Latcham is easy to recognise and is being stopped a lot in the street now she’s back on the Sunshine Coast.

“Everyone is so lovely,” she says. “Everyone has been so kind and embracing and I’ve been getting the most beautiful messages I’ve ever got. Everyone has been amazing and I feel so loved. I also find it weird. I can’t understand it. I’m on TV. It’s just me, no big deal.”

Ms Latcham grew up here and went to Buderim Mountain State School and Maroochydore State High School. She was in foster care from the age of 16 and discussed some of her painful childhood memories on the show – which Mr Gunner famously rejected, telling her she was “ranting”. But it wasn’t all bad – she has many happy memories too.

“I remember riding my bike everywhere and I still love riding my bike. I love the beach, the outdoors, the mozzies, the frogs, the sand, the fish and chips, summer – I love summer so much. The smell of this place, the feeling – it feels really sparkly to me.

Now settled in to her new radio job, she’s looking for a place to live that will allow her to ride her bike everywhere.

“I just want to enjoy living here as much as I can,” she says. “After this whole MAFS thing I assessed everything. I thought ‘right, what do I want in my life? Where do I want to be?’ It was definitely the Coast. I want to set some roots up. I want to buy ornaments here. I don’t want to move again.”

Ms Latcham would dearly love to have children but says she’s turning 39 this year and feels time is running out. “But if I had kids, there’s nowhere else I’d rather bring them up.”

For now, she’s focusing on work and creating a happy life.

“I’ve done lots of courses over the years, read lots of books, done various practices and meditation. What I’ve done is taken a bit of everything and gone with what I know is true. I’ve tried to develop my own inner compass as strongly as I could.

“Instead of going to a psychic, I ask myself the questions. I try to develop myself and I still am every single day. I can give myself the guidance. I can be my own best guide.”

Continue Reading
You may also like...
Related Topics: MAFS, television