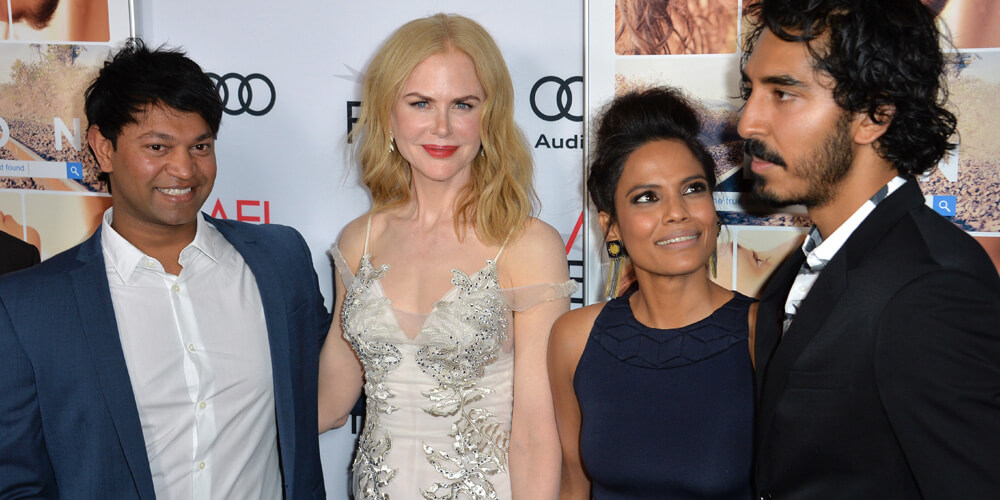 Sue Brierley returned home from a night out with friends in Hobart last week and found her son Saroo watching TV. Coincidentally, the film Lion, which so beautifully depicted their extraordinary life story, came on. Of course, they sat together and watched it.

“I sat there with Saroo and my dog Louis and watched Lion from beginning to end and I think it’s only the third time I’ve watched it. It was a very peaceful thing. We were pretty quiet. I was stroking Saroo’s head and stroking Louis. We were very touched.

“It was quite surreal. I really appreciated Nicole Kidman’s skill in playing me on this third viewing. I was a bit taken aback by it the first time I saw it. The viewing of the film for the first time in Sydney was a very traumatic experience, full stop. I was very tearful, and I also cried at the premiere in New York. Everyone in the room felt the energy.”

Mrs Brierley, her husband John and their sons Saroo and Mantosh were living a quiet life in Hobart when Saroo’s 2013 book A Long Way Home was made into a film starring Nicole Kidman and Dev Patel.

The world was captivated by the story of how Saroo became lost at the age of five in India, was subsequently adopted by Australians Sue and John Brierley, and at the age of 30 tracked down his birth mother in India using Google Earth. As moving as the reunion with his Indian mother was, equally touching was the depiction of Saroo’s relationship with his Australian mother and her unwavering love and support.

“The film took people into a very deep, emotional place,” Mrs Brierley tells My Weekly Preview. “A lot of people, and particularly men, were quite shocked at how emotionally affected they were. Personally, I think that’s a good thing. We’ve become so numbed by war and death and this took people’s minds off it, to the big picture. And that’s to be the best person you can be. I’m proud of the film for waking up that feeling and I’m proud of Saroo’s book for doing that.

“Adoption is a very sensitive issue and everyone comes to it with their own mindset, their own experiences and beliefs,” she adds. “For me, adoption was perfect. I didn’t feel threatened [when he went looking for his birth mother]. I didn’t feel I would lose him.

“What I had was an amazing opportunity to show and share my success and this wonderful young man he’d become.

“I was desperate for her to see him and feel him. She gave birth to him. I still have a very high respect for women who give birth and then, to have that loss of this darling little boy. Quite often I would send her prayers. My most desperate wish while he was growing up was if I could send through the heavens a message: ‘your boy is fine, I’m looking after him, he’s beautiful’. That was my big wish.” 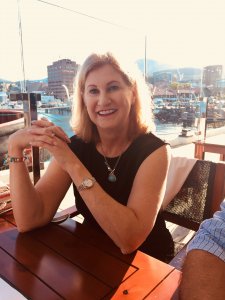 Mrs Brierley loved the film and has become friends with Ms Kidman, who she says showed her great kindness during the filming and subsequent red-carpet appearances. But Mrs Brierley would have liked the final scenes after the credits roll, which show photos of her with Saroo and his birth mother in India, to have captions explaining what was happening.

“I asked her, through the interpreter, did she always feel in her heart that Saroo would come back, that he was alive? She said she always believed and always felt he would come home. That’s where I lost the plot.”

The child of refugees from Hungary and Poland, Mrs Brierley spent her early years living in an isolated environment and with poor language skills in Tasmania. After marrying John, they waited for 16 years before adopting Saroo and then Mantosh. A stunning scene in the film is when Mrs Brierley tells Saroo she could have had children, but chose to adopt.

“I had a choice and I stood up for it and stuck with it once I’d made up my mind to do that,” she says. “Fortunately, I met someone who had the same ideas as me.

“When I was at school, I was learning about the sheer mass of humanity and endemic poverty in India. The teacher said the population of Australia was about 16 million and every year in India, about 14 million children under the age of 10 were dying. It really did traumatise me. I think that was the beginning of me looking further afield, to things that were worse than my life. I was a bit of a poor-me kid. India really grabbed me by the heart, so I made a decision that was the country I would adopt from.”

Mrs Brierley would love her story to inspire more families to adopt children in need, but adoption laws need to change.

“I wish Australia would really get into opening up and freeing up adoption,” she says. “We do have agreements with about 13 countries, but it’s not very well supported by government. It’s very easy to stymie the process. We need to make it a whole lot easier and not so expensive. Just put it out there that it’s a good thing to do and lose a bit of ego, be a bit more humanitarian in our way of forming families and it would be a good thing for the planet.”

Mrs Brierley will share her ideas around modern mothering with the Sunshine Coast Business Women’s Network when she visits the Coast. She’s also writing a book with Saroo to further explore the subject of motherhood.

If there’s one message she hopes people take away from her story, it’s this: “My motto is, be kind. We need to teach our children things that are important for humanity – caring, honesty, trust and respect.”

The Sunshine Coast Business Women’s Network Mother’s Day Breakfast is on May 15, 6.45am to 8.30am at Maroochy Surf Club. Visit scbwn.org.au and click ‘events’. Proudly supported by My Weekly Preview.