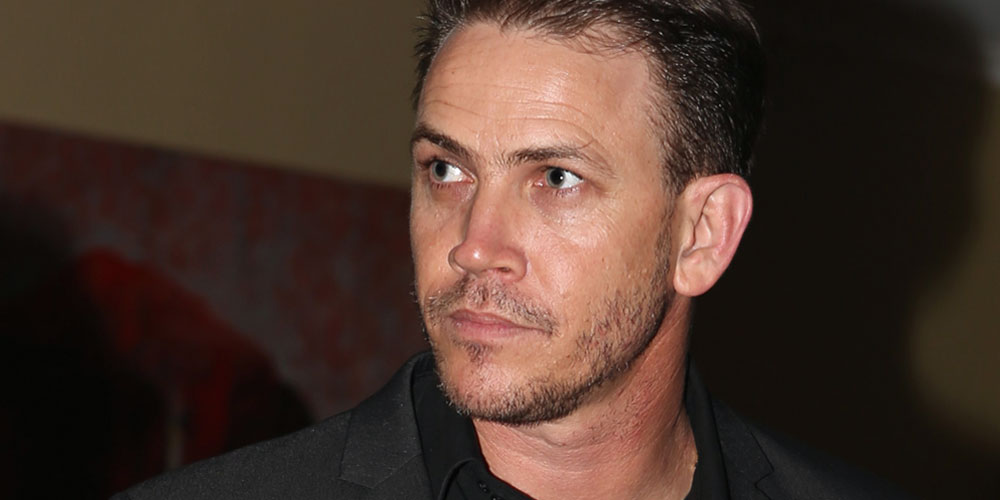 A big pig with terrifying tusks and a taste for blood, clueless city folk out in the Australian bush – what could possibly go wrong? Add John Jarratt to the mix and you’ve got the makings of a cult Aussie horror film that has distributors around the world salivating like man-eating monsters.

On May 19, the national premiere of the film Boar is set to make headlines, not because it’s a tad treasonous to delight in  buckets of blood and gore on the same day Harry and Megs get married, but because it’s the scariest, Aussiest horror film since Wolf Creek.

An all-star cast featuring Ernie Dingo, Nathan Jones, Roger Ward, Hugh Sheridan, Simone Buchanan, Melissa Tkautz, Steve Bisley and lead John Jarratt face off with the monstrous boar, which will no doubt be the star attraction when it’s unveiled at the red carpet event on Saturday.

And in an endearing move by writer and director Chris Sun, the premiere will be held in his childhood town of Nambour instead of a major city, with Mr Jarrett arriving in a beaten up old ute rather than a limousine.

“I’m going to walk the red carpet as if I’m walking into the  Chinese Theatre in Hollywood,” Mr Sun says. “We just want to go out and show off our film and celebrate with the community who helped make it.”

“I’m very loyal to the Sunny Coast,” he says. “All my films have been shot here and there’s nothing better than a powerhouse company like Universal Pictures saying, ‘why not do it in your home town’?

“Nambour is on the way back up again, trying to become the little hub for entertainment. It’s got a beautiful cinema now, a brand-new 350-seat cinema. You’d be mad not to premiere it in such a great location. I’m excited.”

Based in Buderim, Mr Sun has been making horror films and running a props company, Slaughter FX, on the Sunshine Coast for many years. He gained notoriety with his 2014 film Charlie’s Farm, which starred Tara Reid.

But interest in Boar eclipsed Mr Sun’s previous work after its overseas premiere at the Brussels International Fantasy, Fantastic, Thriller and Science Fiction Film Festival in April. Offers for Mr Sun to direct in Hollywood are now rolling in. “Boar has opened up a lot of doors for me. It has now been selected by some of the largest genre festivals and some of the biggest distributors around the world. Not only do we have Universal Pictures Australia, we now have all these bigger distributors around the world. Shoreline Entertainment has had 220 screener requests from distribution companies around the world for Boar.

“My partner says to me all the time, ‘the struggle is the glory’. With all the struggle and hard work, it’s finally paid off. These different pitches are coming out of America and people are taking me very seriously as a horror or genre filmmaker.”

Shot in Kandanga in the Mary Valley and three years in the making, Boar’s theatrical release will bring attention to the region when it’s screened around Australia, with international release dates due later in the year and in 2019.

“It’s the little film that could,” Mr Sun says. “We went through some troubles and we managed to complete it. Now I’ve done one big circle back to Nambour. The month after the premiere, I’m off overseas promoting it.”

Mr Sun encourages fans to turn up to the red carpet event in Currie Street, outside the Majestic Cinemas, from 4pm onwards and says there will be a large screen set up with behind-the-scenes footage and interviews to entertain the crowd as the stars arrive.

“He’s been such a huge supporter of this premiere being in Nambour. When I went to council and said, ‘look, I’ve only got short notice, I know this is a big ask but I’d like to shut down Currie Street’, Rogo didn’t shake his head, he said ‘let’s do it’. All these people from council came on board, Visit Sunshine Coast came on board and Big Screens Australia came on board.”

It will be a triumphant moment for a boy from the wrong side of the tracks. “I wasn’t a perfect child, but I came out good,” he says. “We all grew up running amok. Nambour life was great, I wouldn’t change anything for the world. I have a lot of good memories in Nambour and I also have a lot of sad memories. Unfortunately, most of my close friends have passed away.

“I’m calling this the premiere that Nambour built – it’s one of their own doing something and doing something good. Hopefully it will inspire up-and-coming artists in Nambour to know they can do anything.”