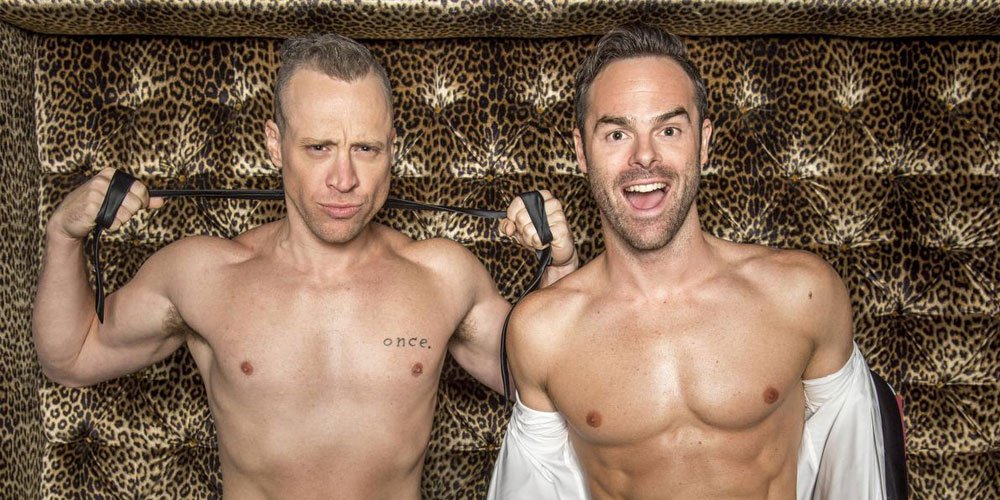 It was a date with a pretty girl that prompted Mike Tyler (above right) to ditch his bank job and become a magician. He was working in finance in Brisbane when he decided to spice up the date by learning a magic trick. As fate would have it, he “stuffed up” the magic trick and didn’t get another date. But it did prompt him to develop another interest, one that would take him and his mate Christopher Wayne around the world performing as The Naked Magicians.

“I wasn’t sure what I wanted to do out of school, so I studied marketing and advertising and it was when I was working at a bank doing home loans for people that I started getting into magic. I loved it so much. I’d approve someone’s home loan and when they came back for a second or third home loan, I’d say, ‘while you guys are here, do you want to see a card trick?’

“It was my obsession for a while and within a year, I was out of the bank and doing magic full-time.”

Mr Tyler and Mr Wayne were both working as full-time magicians when they met at Riverfire in Brisbane in 2012 and quickly hit it off. Mr Wayne was the first Australian magician to have his own TV show, Channel 10’s Toasted TV. The two teamed up and formed The Naked Magicians, taking their show to more
than 300 cities across the globe, including New York, Las Vegas and London. They’ve appeared in front of 50 million people on prime-time US TV, making them Australia’s most successful magic export act.

They’ve now returned to Australia for their Homecoming Tour and their upcoming shows at The Events Centre, Caloundra will be the final performances of what the HuffPost has dubbed “the wildest night ever”.

But it’s not as if they need a gimmick – both are incredible magicians and have spent many years perfecting their craft.

“The nudity is a good misdirection for the audience,” Mr Tyler says. “They’re wondering if they’re actually going to see ‘it’ and are too busy looking at some abs or butt. It allows us to get away with sleight of hand, but it makes it more difficult because we don’t have places to hide things.

“We always say, good magicians don’t need sleeves and great magicians don’t need pants. We do magic with our sleeves up and our pants down. It’s a high-energy show full of comedy. It’s not high-brow – it’s just a couple of Brisbane guys making a lot of sex jokes while delivering magic and a bit of eye candy.

“We really have the best fun on stage. We’re just two best mates having an amazing time, having a laugh and getting our willies out. How can you not enjoy that? That fact we’ve been able to make it into a career has been such a blessing.”

The Naked Magicians perform on Friday, October 15 and Saturday, October 16 at 8pm at Caloundra Events Centre. It is a strictly 18-plus event. For more information, visit theeventscentre.com.au/product/thenakedmagicians.