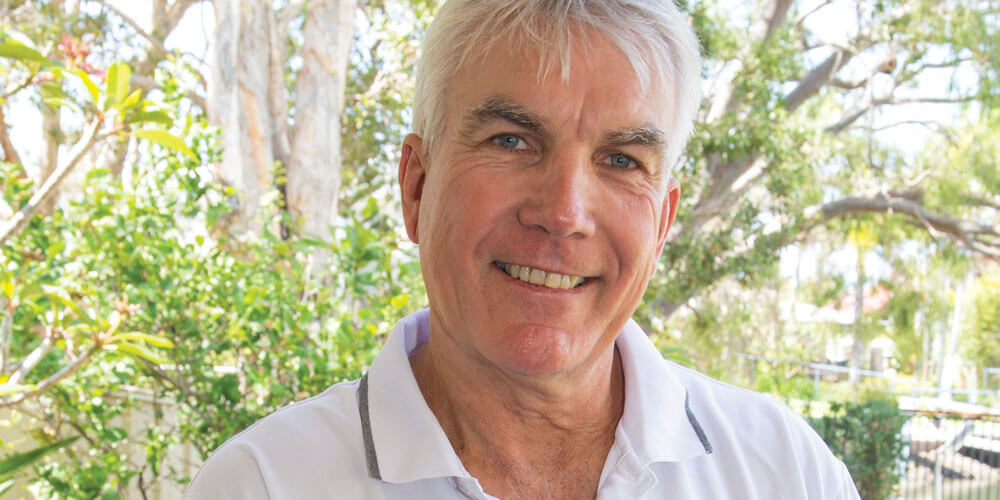 Mark Forbes is a driven man. For the past four years he has channelled that determined spirit into a cause close to his heart – the establishment of Australia’s first residential facility to treat eating disorders. And now, a long-held dream is on the verge of becoming a reality.

Mr Forbes’ charity EndED has not only secured the funding to buy a property and build a facility, but his initiative has prompted the Federal Government to commit to $70 million to building more residential facilities for sufferers of eating disorders.

“Once I set a goal, I don’t stop to think, are we going to get there,” Mr Forbes says. “I just set it and know we will get there. But I didn’t realise we’d get to where this is heading now. It’s absolutely wonderful.”

In April, Federal Minister for Health Greg Hunt announced his government would provide $70.2 million to establish six residential eating disorders centres, with $4.5 million of that going towards a collaboration between EndED and the Butterfly Foundation to run the first facility on a 25-acre Mooloolah Valley property for the next four years.

It’s a far cry from the days when Mr Forbes and his wife Gayle, the parents of two daughters who suffered with eating disorders, put their house in Buddina on the market in order to fund the residential facility.

“The United States has had residential eating disorder facilities for 25 years, but we have none in Australia,” Mr Forbes says.

“Through our own journey, we understood the need to achieve that. We looked at about 12 properties and when we drove halfway down the driveway to this one in Mooloolah Valley, we said ‘this is it’, but we didn’t have the money to buy it. We managed to get a six-month settlement on the property so we could source the funding and we put our own house on the market.”

Fortuitously, Mr Forbes met Sunshine Coast philanthropists Roy and Nola Thompson at a function and discovered they had their own family connection to eating disorders and understood EndED’s mission.

“Roy said, ‘do you have a business card?’ I handed him my card and then he turned to his wife Nola and said, ‘we just bought this business card for a million dollars’. I gave Nola a kiss and Roy said, ‘don’t you go kissing me’.

“I went to see him on the Monday and he had a cheque written out to EndED for one million dollars,” Mr Forbes adds. “He didn’t want to see a land contract or anything.”

With the money secured for the land, the Forbes no longer needed to sell their home, but decided to sell anyway and move out to a house on the Mooloolah Valley property, where they’ve established vegetable gardens and brought in chooks, sheep and pigs. From there, they both work as full-time volunteers for EndED and employ two lived-experience eating disorder recovery coaches, Millie Thomas and Laura Chamberlain.

Mr and Mrs Forbes have dedicated their lives to this cause but they have also been supported by a host of businesses that have offered their time and services free to build the facility. The Sunshine Coast Council also granted $60,000 to buy a 12-seater bus, which is used to transport eating disorders sufferers from around the Sunshine Coast to the facility.

“We’ve had a lot of people volunteer their services,” Mr Forbes says. “Pottery teachers, art teachers, sewing teachers, yoga teachers – they come here on a Monday and Friday and provide those services to the girls.

“We bring them out of their isolation and connect them with social activities, connect them with the land, help them learn new skills and just be part of a community again. They’re actually getting a lot of rehabilitation without even being aware of it.”

EndED has partnered with the Butterfly Foundation and the facility will be called EndED Butterfly House. Construction will start in a couple of weeks.

“What we’ve achieved has surpassed everything I could possibly imagine,” says Mr Forbes. “This is where the Sunshine Coast is such a wonderful region – to come together as a community to help deliver this project. There’s no stopping us.

EndED’s annual fundraiser, the Main Event will be on July 19 at Venue 114. For more information visit ended.org.au.