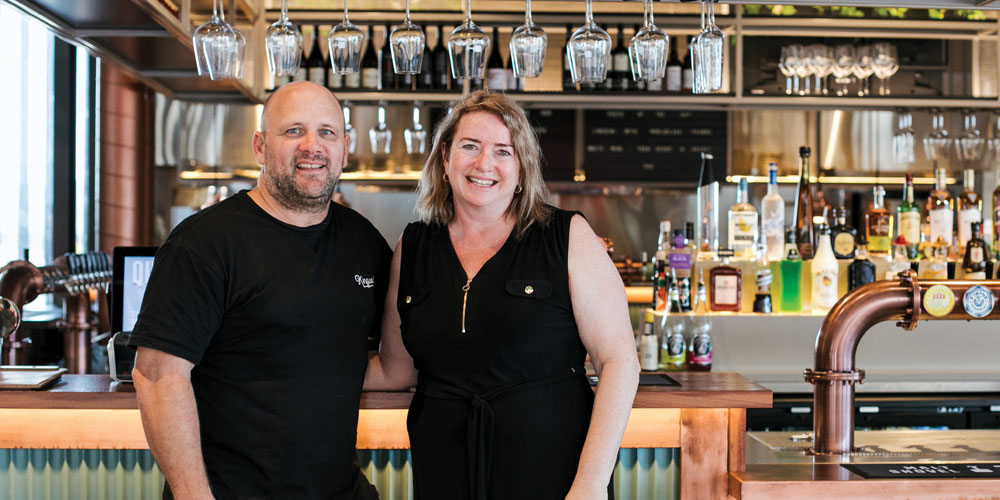 It was almost nine years ago when Michelle Christoe and husband Ian Van der Woude found themselves discussing a new business venture in a rather romantic place – Italy. They pictured a buzzing outdoor night market with innovative street food and fabulous entertainment, with street performers and a family atmosphere, kind of like the one they were sitting in.

“We came up with the concept of the NightQuarter when we were sitting in an Italian piazza and having a few bottles of red,” says Ms Christoe. “We saw how people in Europe come together to enjoy food and listen to local music. Families … get dressed up and meet with their neighbours. We felt as an outdoor nation we don’t do this enough.

“I grew up on the northern beaches of Sydney. You grow up thinking that outdoors is how we live our lives in Australia, but at night time we go home and watch Netflix and we’ve become this sedentary community, which is quite scary. We’re passionate about getting people away from TVs and phones and interacting as a community.

“We grew up with barbecues, when the local community got together down the paddock with a bonfire. We’re not seeing that anymore. People don’t know their neighbours anymore and things like NightQuarter and Malt Shovel Taphouse bring people together and you get to know people in the area.”

About five years ago, Ms Christoe andMr Van der Woude realised their vision and opened NightQuarter at Helensvale on the Gold Coast. What was once an empty block opposite Helensvale train station became a thriving hub of entertainment and food, until a steep rise in rent forced it to close a year ago.

Their loss is our gain. This enterprising couple moved to Bokarina and have set about creating the same magic in Birtinya. On October 12 they opened Malt Shovel Taphouse and they’re set to open the much-anticipated NightQuarter in early 2020.

Ms Christoe has been doing this sort of thing for a long time. At the age of 19, she moved to Los Angeles and spent 12 years running a company that represented more than 60 lines of Australian produce, from beef and citrus, to fabric and wood flooring.

“I’ve done quite a lot in my colourful history,” she laughs.

“When I was in LA it was around the time of Crocodile Dundee, just when Australia was the flavour of the month. I represented Australian produce and products, getting them into high-end homes, food distributors, wine distributors. It was a pretty big deal, a big dream for me.”

Ms Christoe invested in bakeries when she returned to Australia. She has sat on boards for the horticultural and seafood industries and has been heavily involved in agribusiness throughout the duration of her working life.

“I guess I’m an industry advocate in that way, so when I met my husband – he comes from a pub background – we came together to come up with the concept of Malt Shovel, and opened up NightQuarter on the Gold Coast. That’s underneath our own company, Food Focus Australia.

“One thing my husband and I do is dream big. We’re big advocates for promoting Australian products.

“We’re passionate about incubating talent, hence the NightQuarter evolving into not just promoting chefs and quality produce, but spotting up-and-coming talent in the music industry, live arts and performance arts.”

Now that Malt Shovel Taphouse is up and running, Ms Christoe is focused on bringing the new incarnation of NightQuarter to life.

“We’re working with stallholders and finalising those.

“We’re here for the long term, we’re stepping it up in terms of the features across the site. There will be an enchanted garden, all-ages experiential areas, a range of food stalls, five bars, lots of music across the site.

“We’re supporting local producers, local chefs, local musicians and bringing in musicians from around the country. It’s more a venue than a market.”

Having moved to the Sunshine Coast at the beginning of the year, Ms Christoe and Mr Van der Woude have found their feet and are here to stay.

“The progress has just been amazing and it’s quite an exciting vibe at the moment. What the Sunshine Coast offers that no other place offers is lifestyle. It’s a beautiful community to live in and we’re really enjoying living here.

“We are really excited to be opening NightQuarter and we have some exciting things planned for the community. I’m just a bit impatient; I want it to happen now.”

Continue Reading
You may also like...
Related Topics: restaurant