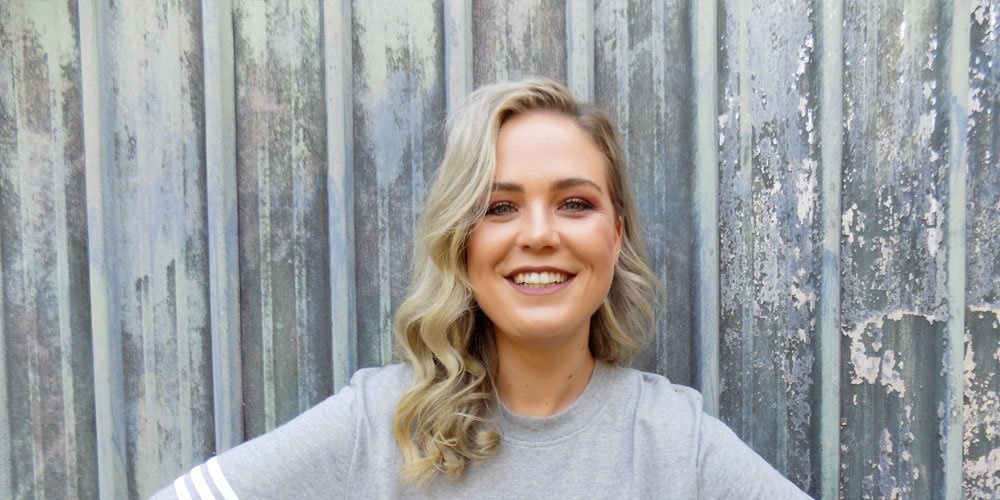 Brooke Garrett has turned her life around Image: Janine Hill

A year after she decided to take control of her addictive tendencies, Brooke Garrett jumped out of a plane on a tandem skydive.

“I think I wanted to do it because it was a little scary,” she says.

Confronting fear seemed an appropriate way to celebrate, because it was exactly what she did when she walked into The Health Retreat at Kiels Mountain on August 22, 2019.

Ms Garrett had left her friends and life behind in Sydney and was scared of what lay in front of her.

“I’d been drinking since I was 15 and using drugs since I was 17. I thought, how am I to be me sober? I didn’t know how to be me without alcohol,” she says.

At 24, she had detoxed from prescription medication she had been taking for anxiety and depression for 10 years, but she could not quite kick the drink or illicit drugs.

“I’d stop for two or three years and then I’d go back to the same parties,” she says.

But Brooke always knew it had to stop or she would end up dead.

She did a three-week recovery program at The Health Retreat, learning how to live healthily and mindfully, and working on herself.

“It’s about getting in there and treating all the stuff, not just treating the alcohol.  It’s about figuring out who you are as a person and learning about yourself,” she says.

“If you don’t actually get in there and deal with whatever trauma or anxiety is going on, you’re never going to get anywhere.”

Brooke, 27, now works as a night manager at The Health Retreat, is studying counselling, and is interested in pursuing art therapy.

“I just know this is my life’s purpose. I’ve never been so sure of anything in all of my life.” 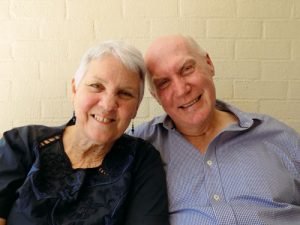 Feeling a sense of gratitude

Russell Faulkner has ridden a rollercoaster of emotions since he was diagnosed with prostate cancer, but the ride is smoothing out.

The Buderim retiree’s future looks good since surgery in March and he is looking forward to many more years with his wife of 44 years, Diane, their five children, and soon-to-be-15 grandchildren.

Mr Faulkner describes being diagnosed with prostate cancer as like “getting hit in the head with a hammer”.

His family, friends and his church, Lifepointe Baptist, were supportive but after a period of battling with the diagnosis, he reached out to the Bloomhill Cancer Care centre at Buderim.

Conversations with a nurse helped Mr Faulkner deal with the diagnoses mentally. Bloomhill also helped him lose 15 kilograms to improve his chances of a good surgical outcome.

Mr Faulkner came through prostate surgery without complications and even completed his Masters in law while going through treatment.

He still trips to Bloomhill every week to use the gym equipment and a nurse rings him every six weeks or so to see how he is going.

“I really can’t speak highly enough of Bloomhill and their professionalism and empathy. They know what you’re feeling. They really got it,” he says. 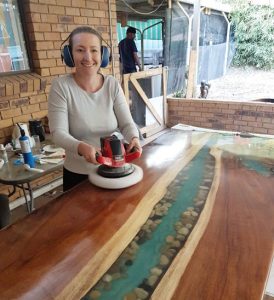 Out of adversity comes opportunity. Ben Franklin said it. Nikita Pallister has lived it.When money was tight before Christmas last year, Ms Pallister knew she had to do something.

Her then-partner had made timber and resin furniture without much success, but the timber and tools were still there.

“I picked them up and it just really took off,” she says.

Ms Pallister made a couple of small pieces, which drew interest and a couple of orders, and the income-booster has grown into a full-time business.

She has taken on a business name and is now about to take the next step and move WoodKnots Workshop out of  her Bli Bli home into an industrial shed at Marcoola.

The only problem now is how to keep up with demand, even with the help of friend and flatmate Ben Corbett.

Her tables, benchtops and splashbacks are characterised by resin poured into organic patterns burnt into the timber using the Lichtenberg technique of pumping electricity through slabs of timber.

Ms Pallister dropped the accounting and bookkeeping course she was studying when she first picked up the tools and could not be happier with what she is doing for a living.

“I enjoy the physical aspect of it. It’s not incredibly hard physical work, working on the sander, but I never imagined how therapeutic it could be, sanding the tables and seeing the transformation,” she says

“I like seeing the customers when they see their piece. I keep them up-to-date along the way with photographs to make sure they’re happy with what they’re getting but when they see the finished piece in person, that’s the most rewarding part.” 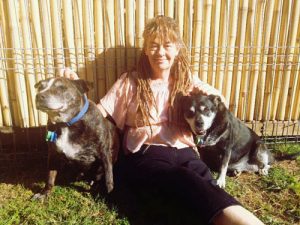 Jeraldine Graham with Axle and Laura

Axle held the record as the refuge’s longest resident until Jeraldine Graham and her son, Jesse, adopted him and his pen-mate, Laura.

The dogs are now about 14 and have led their best lives with Ms Graham and Jessie, with a yard to run in, walks, pats and cuddles, good food and warm beds.

Ms Graham struggles to believe that nobody else had taken Axle home before they did.

“I couldn’t believe he was there for so long. If you like staffies, he’s a beautiful staffy. He just wants to be around me. He’s never more than three feet away,” she says.

Jesse and Ms Graham adopted Axle and Laura after Jesse’s first dog, another SCARS dog, George, died of a tumour, and they have added another rescue, Ginger the cat, to the mix.

Ms Graham says the animals, particularly Axle and Laura, give more than they take.

“They do dog stuff and I just laugh. They’ve brought me peace. When you’ve had a crappy day, you always know you have someone to come home to who loves you and it doesn’t matter. It really is unconditional love.”

Positive people are inspired by the possibilities.

‘What I can do’ is more important than ‘What I cannot do’.

Your attitude has great power, because it determines the most of what you experience each and every day of your life.  People with positive attitude lift the energy and spirit of others, inspiring them with encouraging words. Happy people focus on the best things that happen to them every single day. They see a miracle in the smallest aspects of life. They feel gratitude for all the experiences, good and bad.

Cream of the crop
The ride of his life