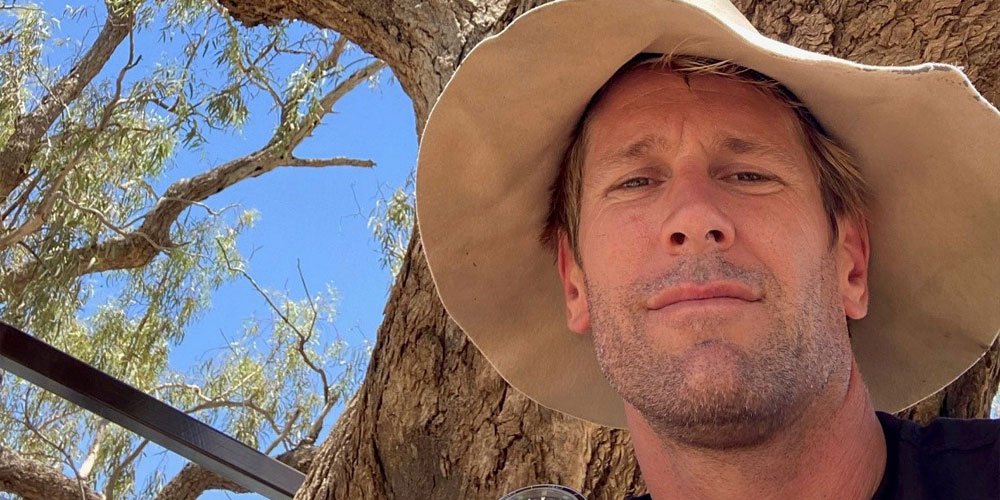 After a painful divorce, Tristan Kurz  found himself in a place he never expected to be at the age of 40. To get some space and perspective, he hit the road and underwent a transformational experience.

“When I was 12 years old, I read about the Burke and Wills Dig Tree,” he says. “At Christmas time I thought, there’s no better time than right now. I got in my car, put the cricket on the radio and drove out to the Dig Tree. It was so soothing just to go and do that by myself.”

Leaving his Kings Beach home and starting the 1300-kilometre drive west, by the time he reached Landsborough he knew he was doing the right thing. “I had two weeks free and I could have stayed at home drinking beer and surfing, but I wanted to refresh my soul. A friend said ‘remember, it’s not the destination, it’s the journey’. I thought, what a load of rubbish. But I finally got to the Dig Tree and realised it had been the journey that mattered.

“I really recommend to anyone who has been through a tough period in life to get in your car and drive. Something happens to your soul. Something happens emotionally. You see new things, you get inspired. Just go and see something new, change your perspective on the bigger things in life.”Mr Kurz stayed in “good old country pubs” along the way and discovered the Cameron General Store, situated where the borders of Queensland, New South Wales and South Australia meet.

“I was so annoyed that I missed it but on New Year’s they celebrate three times. They start in New South Wales… Then half an hour later they celebrate in South Australia, then half an hour later in Queensland. It’s those little things you see along the way that we all relish. “Without sounding too cliched, that’s what our brand and other four-wheel-drive brands set out to do. We make it possible to take your car across Australia with your family.”

Mr Kurz recently opened a new TJM four-wheel drive accessories store on Nicklin Way, Currimundi. He is co-owner with his father Robert, while his uncle Dean is the general manager. Things have come full circle for the Kurz family, who have been in the automotive business since the end of World War II, when Karl Kurz came to Australia from Germany and landed a job at the Holden factory in Melbourne.

Karl was only 19 when he arrived in Australia with little more than the clothes on his back. He bought Coastline BMW in Currimundi in 1985 and ran it with his sons Rob and Dean.

Mr Kurz grew up at the car yard and was cleaning cars at a young age. He is one of five siblings and says none of them were pressured to join the family business, but he’d been living in Europe when he decided to come on board, joining Coastline BMW in 2005 and eventually running it until it was purchased by the Cricks Group in 2017.

“Over the years we’ve had Toyota, Volvo, Volkswagen – lots of different brands,” Mr Kurz says. “When we sold BMW, we said we’d never get back into the automotive industry. We couldn’t think of a better opportunity than BMW to be involved with. But within six months of leaving, the idea of a four-wheel-drive accessories dealership started to be spoken about.”

By October last year, Mr Kurz had purchased a TJM franchise for the southern end of the Coast with his father, which opens on Friday, April 16.

“The pandemic really highlighted what happens in Australia if people are stuck here. They say, hang on, how good is this country? People want to explore it, myself included. One of the really interesting things we’ve seen so far is everyone thinks with four-wheel-driving, you’ve got to be the bush tucker man, but everyone’s doing it. It doesn’t matter your age or gender. Our first customers left last Friday and they were a city-dwelling family who had always dreamt about seeing the red desert and never left the city until now.”

Mr Kurz is studying to be a high school history teacher part-time over four years, but for now, is excited to be working with his family once again, in a business they are more than familiar with.

“To be honest, I don’t have a huge passion for cars, but I have a really big passion for business,” he says. “The end product for me is the customer service.
It doesn’t matter if I’m selling cars or ice-creams, that’s where the fun is.”

Wishes granted and recognised
Out and about