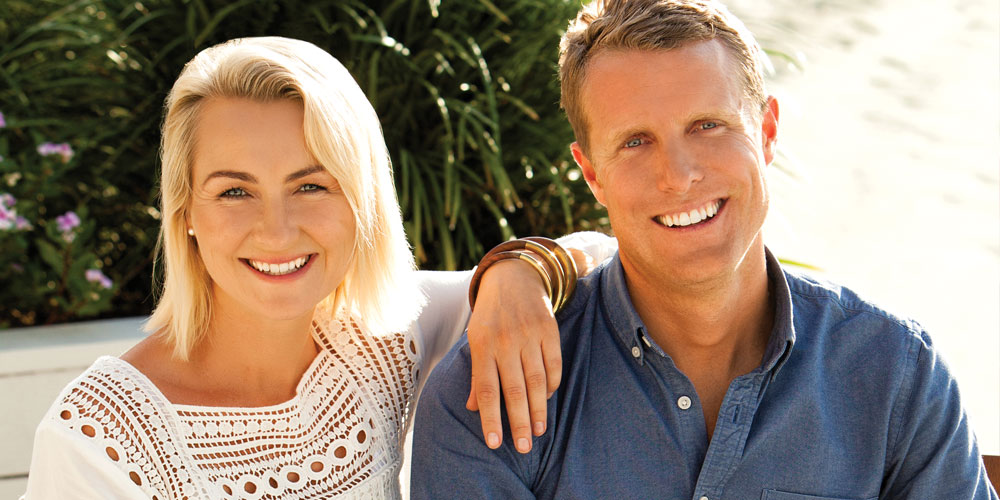 James Colquhoun is known around the world as the filmmaker of the hugely successful films Food Matters and Hungry for Change, and as the founder of FMTV, which is like the Netflix of health and wellbeing.

When Food Matters was released in 2008, it was ahead of its time. Now Mr Colquhoun and wife Laurentine ten Bosch have released a new documentary series, which they say is their best work yet. It’s called Transcendence – Live Life Beyond the Ordinary.

“As a filmmaker I’m always looking for what is going to be normal in 10 years’ time,” he says.

“Ten years ago we spoke about raw foods, detoxification, intravenous vitamin C, goji berries, spirulina. These things are all quite common now.

“We talk about food, breathwork, cold exposure, belief systems, visualisation, meditation, connecting more with your true essence and your purpose to uncover more of what your gift is. How you’re here to help serve others and create fulfilment in others.”

Mr Colquhoun grew up on the Sunshine Coast and met his Dutch wife while studying at the Australian Maritime College in Tasmania.

“I feel a need to help reprogram humanity,” he says. “That seems lofty, but I think we’ve been programmed unwillingly by social media, news media, the TV, to feel inadequate, to feel scared.

“The news is always about death, pain, fire, destruction. We’re told to be anxious and worried about the political situation.

“Is your dog doing to die without this tick treatment? If your teeth aren’t white enough, are people going to love you? We’re not really programming ourselves for health and happiness.”

The stories Mr Colquhoun shares are fascinating, such as the sole heir to a billion-dollar business who gave up his fortune to move to the woods and build a log cabin, a Dutch man who can withstand extreme cold and holds 26 world records, and a man who ran a marathon in every state of the US.

Mr Colquhoun, who divides his time between the Sunshine Coast and Vanuatu, is fascinated by indigenous mindsets and practices, like walking barefoot to maintain a connection to the earth.

“I was driving home the other day and it was Sunday in Vanuatu – church day. There was an old man walking along in his Sunday best – white pants, white shirt, briefcase – and it was raining torrentially.

“I saw this gentleman and I thought, poor guy. I asked if he wanted a lift to the village and he said, ‘no please, I’m okay, no problems’.

“Rain was pouring down his face. We run from our cars to the house under an umbrella so we don’t get wet.

“Here’s this guy absolutely saturated and absolutely at peace. I want to explore being uncomfortable – it has really amazing positive biological effects.

“We all know someone who has lived for 100 years and didn’t eat that well. You look at the people who live a long, healthy, happy life.

“It’s all to do with the mind. How you answer the question ‘how are you?’, sends a message to your body that either you’re happy and ‘thank you beautiful body’, or ‘this is a struggle, let’s start shutting down now’.

“There’s a lot of science on this now. What we think, how we speak, how we act, is ultimately our gift to our children and it’s an incredible gift. How can we live in a more conscious way that can benefit ourselves and others?”

Mr Colquhoun begins his day with a focus on hydration, drinking water with salt, lemon or apple cider vinegar, followed by a green juice containing celery, cucumber, lemon and apple. If he’s drinking coffee, he’ll drink it with butter and coconut oil.

“Your morning ritual can be so profound in changing a habit,” he says.

“Take your time to make your bed. When your feet hit the ground, say to yourself how amazing it is to live another day. I do some form of breathwork or mindfulness or meditation.”

Mr Colquhoun is clearly a man living his best life, and helping others do the same is at the heart of what he does.

“People are grappling with anxiety and depression. We want to look at how the culture scape might be affecting people. If someone says, ‘my goal is to be a lawyer’.

“It could be something really simple. How do you connect to those simple, more primal elements and uncover what makes you happy?

“What do you absolutely love doing if you strip it back? It might be knitting. How can you explore doing more of that every day?”

Watch the series at fmtv.com.