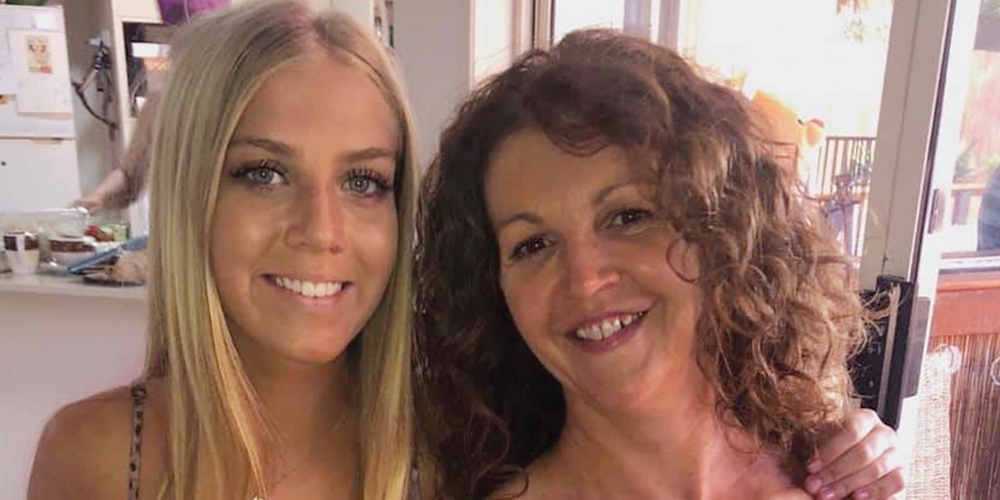 When 19-year-old Annie Jones was just 15, she snuck out of her Sydney home to go to a party. When her mother and stepfather found out and confronted her, it set off a chain of events that changed not just her life, but the lives of everyone in her family.

After getting caught, the teenager was, understandably, in trouble. “I was sitting on the end of my parents’ bed and [my stepdad] turned around and said ‘you’re nothing but a slut’,” she says.

The nasty accusation was a bitter pill to swallow – Ms Jones was being berated by the man who had been sexually abusing her for the previous two years. When Ms Jones snapped back, “Mum sensed something was not right”. In front of them both Ms Jones confronted her stepdad about the abuse. “Mum nearly fell off the bed backwards. She was in shock.”

Fast forward four years and Ms Jones is now the co-founder of Sunshine Coast-based charity No More Fake Smiles. Her stepfather – the man who had been in her life since she was just four years old – is now in jail and since 2016, Ms Jones and her mum Tracey Morris have called the Sunshine Coast home.

But even after leaving Sydney and getting away from the abuse, the anguish did not stop for Ms Jones, who graduated from Sunshine Coast Grammar School in 2018.

“I pretty much attempted suicide at the beginning of 2019,” she tells My Weekly Preview. “I was in the mental health unit at Sunshine Coast hospital. But after being in there I realised I was strong and I could do this. And all I wanted to do was help other people.”

With her former legal studies teacher she developed the concept of the No More Fake Smiles charity, where child victims of abuse and those who support them could access resources and therapy. She feels it is filling a huge gap in support for teenagers and young people who have experienced abuse. “I created it as something that I wish I had.”

She adds, “The most common perpetrator is someone you know or someone who is in your home, but we have all these programs about stranger danger.”

No More Fake Smiles has a social media page and website where teens can connect with the help they need. “So when kids come forward, we offer a service provider for therapy,” says Ms Jones.

That provider could be a counsellor, psychologist, art therapist or yoga teacher – the victim and their families choose the support they need and No More Fake Smiles will then cover the cost. It’s a huge help for someone whose therapy might be only partially covered by Medicare, if at all.

While No More Fake Smiles is still in its infancy, Ms Jones says she is already hearing from lots of young people who need support, so she is calling on the community to help with funding, via gofundme.com/f/no-more-fake-smiles-official-launch.

Visit nomorefakesmiles.com.au. If you, or someone you know is in need of urgent support, call Lifeline on 13 11 14.