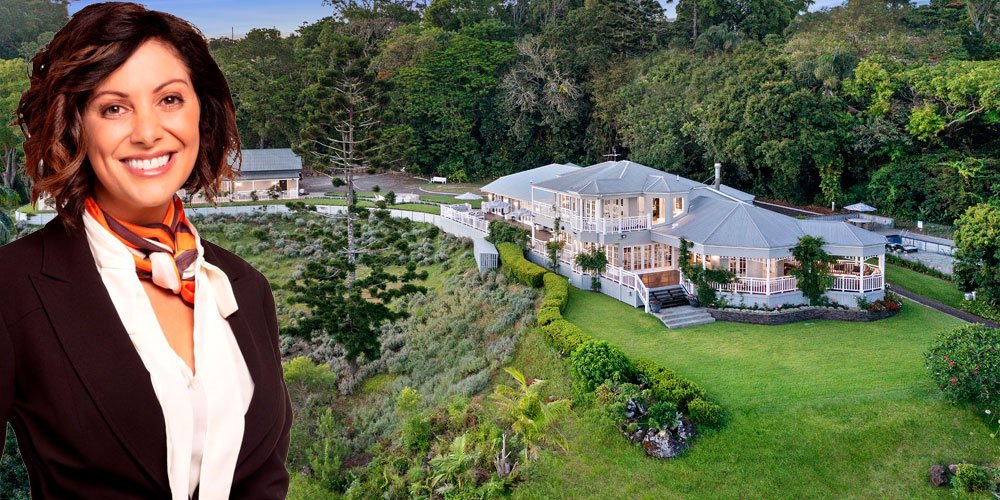 Malumba Estate at Buderim was listed at $21 million

The go-getter woman behind some of the region’s record-breaking property sales is fast making a name for herself on the real estate scene.

Melissa Schembri recently broke a Sunshine Coast record with the sale of Buderim’s Hamptons-inspired Malumba Estate, which was listed at an eye-watering $21 million. This comes just weeks after she set the record for a duplex with the sale of a $3.45-million Mooloolaba property.

Driven by her passion to help others with care and respect, the Next Property Group agent says for her it’s not about making history, rather seeing buyers and sellers achieve their property dreams.

“I sit there and go ‘wow, we have broken this record’, but it’s not what I try to achieve when I’m doing the sale.

“It’s not just a transaction for me, it’s so much more than that.”

Despite her recent record-breaking success Ms Schembri only began her real estate career in 2018 after nearly two decades in property law and life coaching.

She studied a Bachelor of Law and Bachelor of Arts, majoring in applied ethics at university before opening a property law firm in Mooloolaba at age 25.

In this role she gave advice to property owners for more than $2.4 billion worth of property, and in 2008 was awarded the title of Australian Institute of Management’s Young Manager of the Year.

After selling her law firm in 2009, Ms Schembri transferred her problem-solving skills into life coaching and motivational speaking, helping her clients achieve their goals on a more personal level.

It was her love of property that led her to draw on the skills of her previous roles and enter the world of real estate.

“As a property lawyer I was helping people day in, day out with conveyancing and property law,” Ms Schembri says.

“When I sold my practice, I wanted to help people on a more emotional and personal side of things and went into motivational speaking and life coaching.”

Part of her passion to help others is supporting various charities across the Sunshine Coast, such as Bloomhill  Cancer Care.

“I love attending charity events and helping give back to the community.”

She says the past three years have involved hard work and a “hunger” for results to get to where she is today.

“It’s not an overnight success. It’s been 20 years in the property industry.

“The team at Next Property Group, including Loren Wimhurst, has been such an inspiration and support to me.”

Ms Schembri says the Sunshine Coast is currently experiencing an “interesting market” and she can’t believe the changes she has seen in the past 18 months.

“It is really driven by supply and demand. We have a lot less properties, I think it is about 25 per cent less properties on the market than we did this time last year, but the spend is just massively up.

“We used to think a million or $2 million was ‘wow’, now we are looking at five or six million. It’s difficult to know what a property is worth in this market.

“Some people think we are the keeper of price, but the seller has a price that they need or desire to move forward and the buyer has a price where they perceive value to be. When people say, ‘what’s my property worth’ we can say anywhere from $800,000 to $1.2 million as it depends on the buyer on the day, if you’re in a hurry to sell – there are so many factors.”