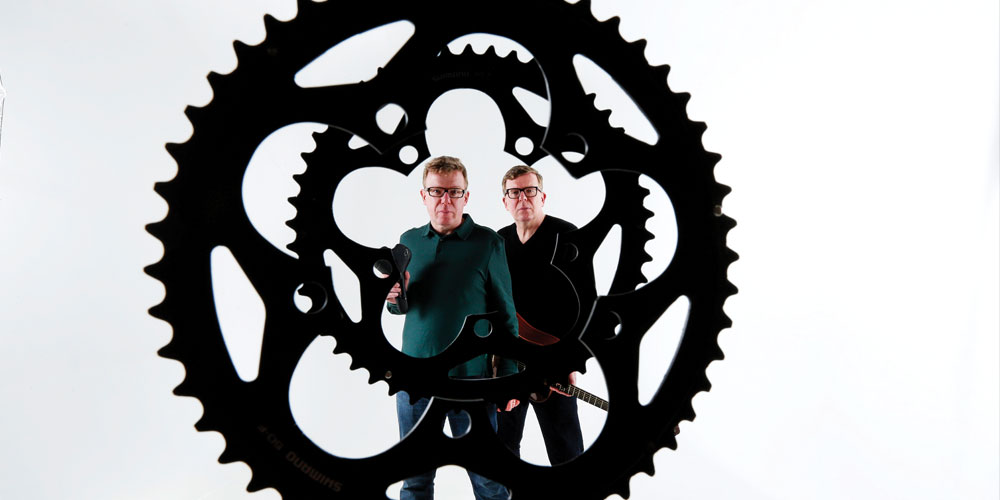 “When I wake up, yeah I know I’m gonna be, I’m gonna be the man who wakes up next to you.”

Anyone over the age of 35 will read these words and immediately hear the melody, such is the power of the song that shot The Proclaimers to stardom when they released it in 1988. I’m Gonna Be (500 Miles) is a sweet serenade to the woman who writer Craig Reid would eventually marry and it changed the lives of the identical Scottish twins.

“It was written in 45 minutes,” says Mr Reid, speaking to My Weekly Preview from his home in Edinburgh. “Charlie and I had made our first album and we were touring. It was just the two of us and a guitar and we were living in a flat in Edinburgh, waiting to be picked up by a car. I had a while to wait for the car to arrive. I sat down at the piano and started playing. I got the whole song, all the music and lyrics. It just seemed to flow into my lap; it seemed to be writing itself.”

That moment propelled the brothers onto the international stage. At a time when image was everything, when big hair ruled the stage and big production numbers ruled the airwaves, two nerdy-looking Scotsmen with short red hair, thick glasses and plain jeans made us all do a double-take.

“That song has been fantastic for us and we’re glad to have it, but I certainly would never try to write the same song twice,” says Mr Reid. “We’re grateful it happened but I’m not sure we’d want the instant success again. I’d be quite happy to never have that; it kind of distorts. I don’t like the instant celebrity madness that goes around with a big hit like that. It’s quite unsettling.”

If you think The Proclaimers were a one-hit wonder, think again. While earnings from 500 Miles are five times the rest of their catalogue combined, they’ve had plenty to say since it was released. In fact, they’ve released 11 studio albums, the latest being Angry Cyclist, which they are now touring. When tickets were released for the July concert at Edinburgh Castle, they sold out in 10 minutes, breaking all records. A second show was promptly announced and sold out in a day.

In his characteristically understated way, Mr Reid simply says they were “surprised” at how quickly the tickets sold. Of course, The Proclaimers, singing as they always have in their thick Scottish brogue, are a big deal in Scotland. But it’s also their advocacy for Scottish independence and their political conscience that have made them popular in their home country.

“Angry Cyclist is about comparing the way you see cyclists in big cities in amongst buses and trucks. It has messages of fear and panic and anger, comparing that with the way politics in many Western countries in recent years has become very polarised and bitter.

“We’re using it as a metaphor. I think the degree of hatred in many countries between opposing factions is the worst I’ve seen it since the 1970s.

“I’m referring to in the US, the people who support Trump and the people who don’t. In Britain, it’s Brexit and the rise of the far right, which has happened in all Western countries. It’s very worrying.”

While the Reid brothers continue to do what they do best, which is writing and playing brilliant music that combines rock, pop, folk and post-punk, Mr Reid has some advice for those unsure of what, if anything, we can do in the face of political instability.

“You have to try and respect the other side, even when you don’t agree with them. Keep the lines of communication open.”

Angry Cyclist is charting exceptionally well and receiving rave reviews. The Reid brothers have proven they’ve still got the goods. Charlie has been quoted as saying his obituary will read: ‘One of the guys who sang 500 Miles’ and he’s okay with that.

So, is there a magical formula to writing the kind of song that sinks into the world’s psyche and ends up on multiple soundtracks?

“I don’t think there is,” says Craig, matter-of-factly. “If you write often enough, if you’ve got talent, you’re going to come up occasionally with something that’s really going to communicate.

“We always set out to be ourselves. If I had any advice, it would be that: to be yourself.”

The Proclaimers will play at The Events Centre Caloundra on Sunday May 19. Visit theeventscentre.com.au.