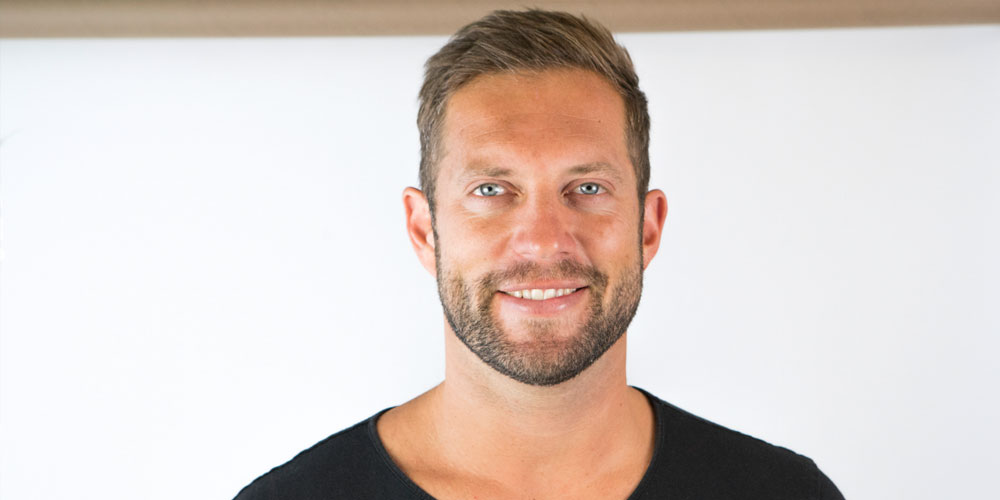 It often takes a major wake up call to make us realise we’re not living our best lives. For Sebastian Terry, it was the sudden death of a close friend.

It was 2005 and Mr Terry was living in Canada when he got the fateful call telling him his mate had died tragically when a party stunt went wrong. He was the kind of guy who lived life to the fullest and it prompted Mr Terry to examine his own life and whether he was happy. He realised he wasn’t.

“I had studied human movement at university and I remember feeling really underwhelmed at my graduation,” he says. “My careers advisor said just get a degree and it will work itself out. People around me were really happy, but I felt really lost.”

When Mr Terry thought about the life his friend had led, he knew would not have regretted a thing, but he couldn’t say the same about himself. So he wrote a list of 100 things he wanted to do in his life – crazy stuff, fun stuff, dangerous stuff and exciting stuff. It wasn’t a bucket list, which he says is focused on things to do before you die. His list was focused on living a bigger life.

“For me the list encompassed me trying to experience life in a different way,” he says. “More centred around my curiosity, around adventure, getting outside my comfort zone and seeing the world in a different way. Retrospectively looking at it, I realised it ultimately doesn’t matter what we do or what we achieve – and I can only speak for myself – but the list is a vehicle to better understand myself as a person. The challenge is being able to live that every day. I think true happiness is knowing yourself.”

Mr Terry’s 100 Things blog became a sensation and in 2011 he published a bestselling book 100 Things: What’s On Your List?. He also has a US reality TV series and is developing a new platform that will connect people who need help with people who want to help others. What began as a humble list has become a global phenomenon. He’s in demand as a motivational speaker around the world and he no longer wonders what his purpose in life is.

“Initially I thought it would take 100 things to find happiness in life,” he says. “Now I’ve ticked off 72 and number 26, which was to help a stranger, was the one that meant the most to me. Once I did that,I realised it’s not 100 things that makes me happy, it’s connecting. What I learnt about myself is I like to help others.”

The stranger Mr Terry helped was a quadriplegic man who wanted to complete a half-marathon, so Mr Terry pushed him in his wheelchair and while they didn’t win, the feeling of achievement was overwhelming.

“From that moment, lots of other people started getting in touch and it got to the point where there were so many people asking me for help that I couldn’t help them all. Then I started getting approached by people saying they wanted to help, so I came up with a platform to connect them, which will be officially launched in June.”

Mr Terry often uses the analogy of an oxygen mask in a plane to drive the message home that we should help ourselves first, before we can adequately help others. He’d like this message taught in schools and says we’re never too young or old to begin giving ourselves permission to be selfish.

“You have to give yourself permission to consider yourself,” he says. “We have to be accountable for ourselves in life, whether we’re 10 or 90.

“I think these principles should be taught at a much younger age. The thing is, we’re not really given permission in life to think about ourselves; it’s taboo to be selfish. The way we’re structured in society, there’s a fear that if we give kids permission to think about themselves, they won’t grow up and act the way we want them to. It’s an irrational fear. By giving people the power to make choices, the world becomes a much better functioning place, with people living on purpose.”

Mr Terry now lives in Los Angeles but loves returning to Australia to visit family and friends in Sydney and says when he visits the Sunshine Coast to address the Shine Business Women Conference as a keynote speaker, people can expect laughter, deep thought and tears.

“People will leave very motivated to consider themselves on a personal level and professionally, as well. We’ll talk about the power of choice, connection, living on purpose and this idea of helping yourself in order to be able to help other people.”

While he still has 28 things left to tick off his list, Mr Terry says the list has become less important to him as he’s realised his true purpose. However, he’ll still continue to tick them off and has some advice for those wishing to start their own 100 things list.

“Step one is give yourself permission to consider yourself. Step two is to dream big or dream small – make up your list with goals that are really big or really small. Step three is picking one of the items you’ve written down and pulling the trigger on it and going for it and seeing what that journey is like.

“For me, when I started my list everything was awkward and I was anxious. It seemed like such a big mountain to climb, but by not worrying about it for one occasion, I found I had underestimated myself and I was capable of doing so much more than I had ever thought possible.”

Sebastian Terry is the keynote speaker at the Shine Business Women Conference on Saturday June 2 at the Novotel Twin Waters, proudly supported by My Weekly Preview.