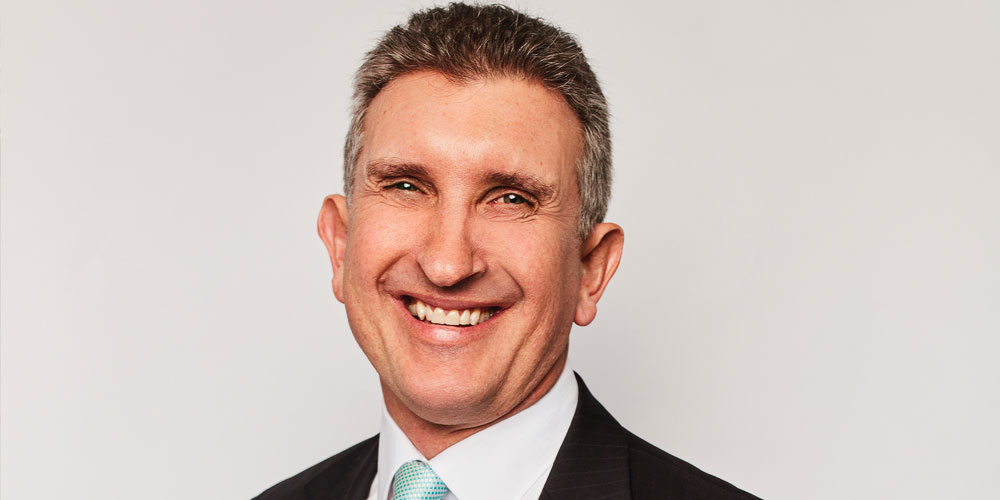 February is an important milestone for Brisbane’s Stephen Dale. It marks 30 years since he fell 30 metres down a cliff, shattering his body and almost losing his life.

He spent eight months in hospital and his brain injuries left him unable to read, write or speak. Now, decades later, he is an author and public speaker who has created a successful and happy life for himself and along the way, learned some valuable life lessons.

Stephen was 21 when the accident happened. A childhood rife with bullying had led him down a self-destructive path of alcohol and drugs and he was under the influence the day he fell.

Left with brain and spinal injuries as well as major organ damage, he lost 45 kilos in hospital and upon his release, embarked on a 10-year self-rehabilitation program, teaching himself to do everything again.

In 2002 he started his company, Smiling Tiger, to teach business people how to overcome professional and personal obstacles and achieve their goals. He also speaks to school students about something he has in intimae understanding of – bullying.

“Anywhere I went at school there was someone waiting for me,” he says. “I’d catch the train home and they’d be waiting at the train station for me. There was no way out. I started dreaming about it, started developing ulcers.

“In grade 10 I realised if I drank alcohol with them at lunchtime and amused them by doing dangerous things and taking risks, they wouldn’t hit me. I started a very dangerous lifestyle, seeking to do inappropriate things just to gain acceptance.

“I thought, the only way I’m going to make friends is if I become a bully myself. It led to me turning inward, fearing everything, hating myself, loathing who I was. I kept taking the mirror off my bedroom wall because I didn’t want to look at my reflection.”

Having experienced the disastrous effects of bullying himself, Mr Dale has deep concerns about online bullying, which he says has no clear solution.

“If you separate yourself from social media, you’re separating yourself from the groups you want to be part of. If you’re not in touch 24 hours a day with them, they exclude you. It’s a terrible dynamic.

“The issue to me is, who are you spending your social media time with? When people start to creep up and online bullying starts to come through, how quickly do you nip it in the bud?

“Online bullying tends to be at its worst after 6pm. Sometimes the phone is the only light in their room, the only voice in their head before they go to sleep.”

It’s not just young people Mr Dale is worried about. It’s all of us. He believes our phone addiction has come to control our lives – he says if you can’t go a day without something, it is controlling you.

“You think, ‘I can hear Facebook calling me’. It’s so deeply embedded in your brain, it’s now part of you. It’s very insidious as far as I’m concerned. Instead of talking to people and feeling good by looking into other people’s eyes, we’re replacing it with a screen that does not care about us.

“I’m not saying anything is good or evil. It’s the abuse of it that’s the problem. TV, social media, Netflix – its like alcoholism. An addiction is an addiction. It means you’ve lost control. You are relying on the unreliable.

“It’s like me hiding from the bullies at lunchtime. I was isolated and alone, playing with terrible thoughts and it had such an impact on me. You need to get out and be with friends, not sit on mobile phones. Actually talk to each other. That’s what the brain has evolved to do.”

When Mr Dale speaks, he barely takes a breath. You can sense he’s been to hell and back and is enthusiastic about sharing his insights because if there’s something he has learnt from his ordeal, it’s that helping others leads to genuine happiness.

“I was a major parasite before my accident,” he says. “I certainly didn’t contribute. I’ve learned many valuable lessons. Contribution is your balance. Some people might contribute a little bit, but they take an awful lot.

“When was the last time you gave to someone you’ll never see again? True contribution is finding out what the other person needs before you ask what you can give, rather than just giving something that is convenient for you.

“People think they deserve so much, but I don’t believe in ‘deserve’. I think the words deserve and fair are words we’ve made up to justify how we live our lives.

“You’ve got to work for things. You’ve got to earn them. The world didn’t care about me until I started to do something with the knowledge I had to help other people, and that has kept me on the right path.”

Stephen Dale is one of the subjects of the Stories of Hope book, to be launched at Venue 114 on February 28. You can read more about his story at smilingtiger.com.au.

Continue Reading
You may also like...
Related Topics: Charity, Stories of Hope