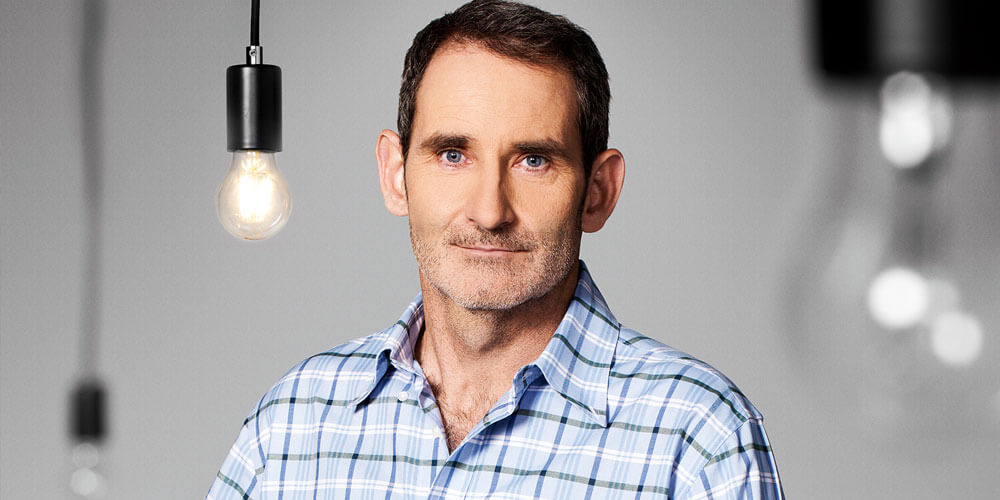 Be careful who you take advice from. That’s what Steve Baxter will tell the Sunshine Coast business community when he visits in August. The Shark Tank entrepreneur says there are a lot of people who brandish bad business advice, but he’s not one of them.

“It really annoys me,” he says, “There’s no end of clueless people who’ve never been in business who will quote Richard Branson and the Dalai Lama, but they’ve got no experience. Business is one of the things you do that if you get it wrong, it will send you bankrupt. You’ve got to understand the background of people giving advice – they may have no experience in business.”

Business experience is something Mr Baxter has plenty of. Tact – not so much.

“People say they want honest advice but when you do give it, they get cranky,” he says. “The more honest advice they get the better. It can’t hurt them, but some people won’t take advice. It’s your choice if you don’t want to take advice, but if you refuse to listen to it, it’s just dumb.”

This is the kind of mildly insulting statement Mr Baxter is famous for, with the Twitterverse calling him a ‘bully’ who ‘mansplains’ – or talks down to women – on Shark Tank. He dismisses this by saying he’s doesn’t discriminate when it comes to doling out hard truths.

Some people love him for it, some don’t, but one thing’s for sure: ask him for his opinion and he won’t pull your chain. This honesty, combined with his business success, has earned him the role of Queensland’s chief entrepreneur, a 12-month unpaid role that has seen him travel Queensland, introducing business people in smaller areas to investors and opening new avenues of capital they wouldn’t ordinarily have access to.

“I’ve managed to get out and talk to a lot of people,” he says. “One thing I want to do is take good startup expertise and goodwill out of the southeast corner and to the rest of the state. I’ve been to Cairns, Richmond, Mount Isa, Bundaberg, Hervey Bay and I’m heading to Roma and the Whitsundays.

“I’m getting to all of Queensland, where business is different, but everyone wants to network – networking is incredibly important.

“Access to technology is the main problem in these areas.

“The NBN is a disgrace. We need to convince the Queensland Government to utilise the currently under-utilised fibre optic cable capacity they own – there’s 6000 kilometres of fibre optic cable all through Queensland. It’s about educating them – it’s there and can offer high-speed bandwith.”

This would enable Queensland to offer its own broadband network to rival the NBN. It’s this kind of thinking, designed to push Queensland forward, that makes him such a great business advocate for the state.

A proud Queenslander, Mr Baxter was born in the remote town of Cloncurry and raised in Emerald, joining the army at 15, where he became a technician working in electronics, telecoms and guided weapon systems. In 1994, at the age of 23, he invested his life savings of $11,000 to launch his first startup, internet service provider SE Net. It was acquired by Ozemail/UUNet under the stewardship of founding director, Malcolm Turnbull. In 2001, Mr Baxter launched his second startup, PIPE Networks. Eight years later he sold it to TPG for $373 million.

Mr Baxter spent a year working with Google in California in 2008 and since 2010, has been an early-stage investor in startups through his company, Transition Level Investments.

If you want him to invest in your company, however, you’ll need a cracking idea, a lot of tenacity and the ability to work well with others.

“If you’re a shitty person, you’re never going to win,” he says. “You have to be a team player and you’ve got to be able to motivate people.”

And if you think your idea is too ‘out there’, think again. Mr Baxter thinks big – much bigger than most of us, and one of his pet projects is a real eyebrow raiser: flying cars.

“Flying cars are like drones that two people can sit in,” he says. “They’re electric powered and very fast. They’re actually out there. We don’t need more roads. Let’s go with freeways in the sky. There are flying car models out of Asia and Europe and several out of the US.

“Imagine looking up in the sky and in a cubic kilometre of airspace, you can have vehicles 50 metres away from the next vehicle. LA is working on having a flying car service available by 2023 for the same price as UberBLACK.

“For me, it’s about do we do this one year after LA or 10 years after LA? We spend billions on roads in Queensland every year and every year, they just suck slightly less. For God’s sake, let’s do things differently.”

Steve Baxter will speak at the Caloundra Chamber of Commerce Better Business Breakfast at the Events Centre, Caloundra on August 3. Visit caloundrachamber.com.au
The event is proudly supported by My Weekly Preview.