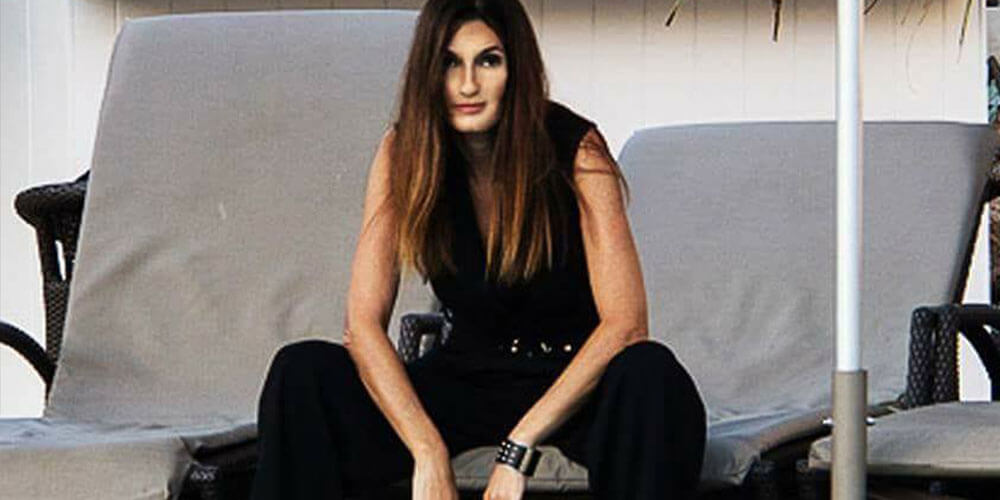 The glamorous and sociable fashion industry isn’t the natural habitat of an introvert, but Jacinta Richmond says it chose her, rather than the other way around. The director of the Sunshine Coast International Fashion Festival (SCFF) says she’s not a great networker and is usually looking for good hiding spots when the festival rolls around each year.

“I’m usually in an office area doing lots of press releases, getting prepared for post-show award announcements, hearing from VIPs who can’t make it and rearranging seats because you can’t have the front rows empty, reworking model run sheets because the model had her appendix out the night before…”

She’s had to deal with all this and more since she launched the festival, almost by accident, in 2008.

A Melbourne girl, she began her career in hairdressing, then moved into venue management booking bands, and finally into marketing and fundraising. She married in 2000 and had a daughter, Leilani.

The marriage was short-lived and Ms Richmond headed north, first to Byron Bay, then to Coolum. She decided to stay on the Sunshine Coast, where she has raised her daughter, who is now about to finish high school.

“I was living up here and was a bit of a shopaholic,” Ms Richmond says. “I suppose I was trying to fill various emotional voids. I was talking with some boutique owners about how stylish so many residents on the Sunshine Coast were. We decided to hold the Sunshine Coast Style Awards.

“Within a week or two, they decided it was too much hard wok, but I just went ahead and did it.

“Two local designers donated prizes and the night was a huge success. Those two designers asked if I would put on a Sunshine Coast Fashion Festival, and I launched it in 2008.

“We were only going to do one, but it took on a life of it’s own and now we’re about to do our eleventh.”

While Ms Richmond says she’s not a natural fit for the schmoozing that goes along with the fashion industry, she has a passion for fashion. “My grandmother had been a champion ballroom dancer, so she had amazing costumes and costume jewellery.

“My sister and I would dress up and play shops under the lemon tree. Her costumes had lots of sequins, chiffon and silk. We’d also use our mum’s dance hall dresses from the 1950s.

“I was always interested in fashion. If we did something really well and Mum was really proud of us, we might go to the shops and get a T-shirt from East Coast Jeans, which was the cool thing. I loved my Dolly magazine, then Cleo, then I made a jump to Vogue.”

When she thinks back to her past fashion failures and triumphs, two pieces come to mind. “My one ‘oh my lord, what was I thinking’ piece was a white leather jacket with perforated holes in the sleeves. I can’t believe I ever liked it.

“It was the ’80s and everything was Miami Vice. My favourite piece was a fluffy blue jumper – the pattern was in the back of a Dolly magazine and Mum knitted it for me. It was royal blue.”

She’s more fashion-forward these days, describing her style as “Melbourne black meets rock and roll middle eastern hippie chic”, however her wardrobe is considerably lighter after a year of laying off the retail therapy.

“I committed to no personal shopping for myself all year,” she says. “I just had too much. I have a few styling clients so I still get to go shopping with them.

“My new thing is if I’m to purchase something, can I rock it when I’m 85? Is the quality there, is the cut and the style there? Is the length right? All that kind of thing.”

Ms Richmond is now in lockdown, preparing for the SCFF in a week. The only two days a year she has off are Christmas Day and her birthday, as she juggles 11 months of organising the festival with speaking gigs.

“The festival is a labour of love,” she says. “My passion comes when I discover someone that others haven’t discovered yet, a fresh, real talent and I can see that potential. I know they have potential when I can’t sleep I’m so excited.

“But potential and longevity and ability are different things. Somebody can have all the potential in the world, but if ego or lack of work ethic get in the way, it doesn’t matter about that potential anymore.”

The festival will be held at a new venue, the Sebel Pelican Waters, and Ms Richmond says it’s going to take it to a new level. “We’ve got a lot of new, fresh labels both from within Australia and internationally.

“I’m looking forward to seeing everyone enjoying our climate, how we do business by the pool, at the bar, by the beach, and being able to showcase that.

“Our visitors are coming a bit earlier this year and leaving a bit later, so they’ll have more time to hang out and enjoy it.”