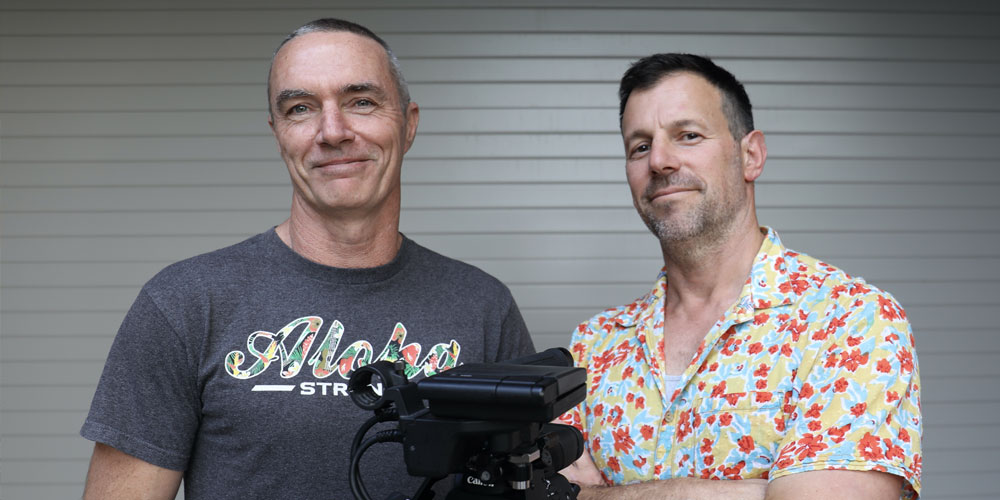 As a child, Jon Coghill wanted to grow up to be either Michael Jackson or Luke Skywalker. He then fell in love with drumming when he heard INXS’s What You Need in the ’80s and went on to join one of the most successful Australian bands of all time. The stratospheric success Powderfinger experienced could have been a hard act to follow, but Mr Coghill managed to switch from rock star to journalist when the band came to an end in 2010, pursuing a career as an ABC radio presenter. Now, he’s getting creative again as a screenwriter.

When we chat, he has just finished watching Game of Thrones for a second time and is watching The Sopranos all over again. But when he watches, it’s not just for enjoyment. He’s analysing the characterisation, dialogue and settings; seeing what makes them so brilliant and what he can learn from two of the greatest TV shows ever made.

The Peregian father of three has been studying screenwriting online while becoming a key player in a push to establish a film and TV industry on the Sunshine Coast and has brought former Australian prime minister Kevin Rudd on board as a major supporter.

“When I was at the ABC, working for a radio station and having deadlines within the next 10 minutes gave me a lot of confidence in writing,” he says. “I had to pump out stuff really quickly, which is completely different to screenwriting. You’ve got to plan it, write it then edit it, edit it, edit it.

“I’ve written a few films and have TV show ideas and am going to try and get them happening.”

Mr Coghill’s favourite genre is crime comedy and he’s written a script set on the Coast, as well as a comedy action road movie he says is “slightly autobiographical”.

“I like it when characters are flawed,” he says. “They have to get through life and are following their obsessions and we’re rooting for them, but their flaws keep on disabling them. I love that idea that we’ve all got these obsessions within ourselves.”

While he’s been busy connecting with producers and funding bodies to have his work brought to life on the big or small screen, Mr Coghill has also been helping organise the the Sunny Coast Showdown, a new annual screen industry competition with prizes of $5000 to help fund and support local projects. Seven winners were announced in October and their projects will be presented at a gala presentation event on April 2.

Mr Coghill joined the Sunshine Coast Screen Collective – a group of local industry professionals who believe the Coast is perfectly suited for the screen industry – three years ago. With his mate and fellow former Nambour State High School student Daniel Munday – a producer for Survivor – and members of the Screen Collective, they are bringing the competition to life and it is set to become a regular feature on the Sunny Coast calendar of cultural events.

“We recognised there’s not much of a film and TV industry here and we came up with the idea of a competition that would nurture ideas,” Mr Coghill says.

“We’re going to show seven locally made projects – five short films and two reality TV shows. We’re trying to celebrate what we can do and what’s on the Sunshine Coast.

“The night is about entertaining people – red carpets, comedians, music, great food, wine and beer and a lot of people pitching in to show what they can do on a tiny bit of money. We only spent five grand on each project, whereas they spent $14 million on a Game of Thrones episode. Imagine what we could do if we brought big money here. We could do some serious stuff.”

The Sunny Coast Showdown Fancy Do will be held at Venue 114 on Saturday, April 2. For more information and tickets, visit fancydo.com.au.

The art of childcare education
Into the light