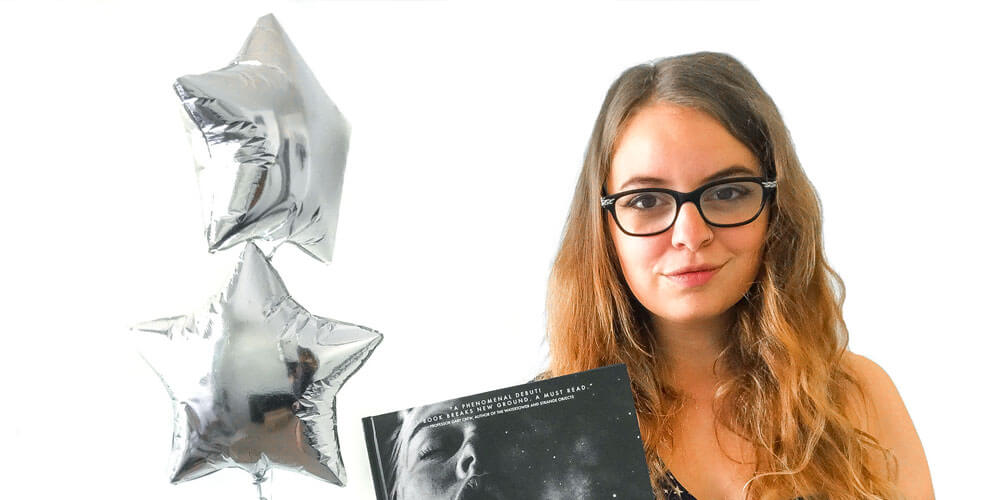 Walking into a lecture at the University of the Sunshine Coast was a sliding doors moment for Tash Turgoose.

The 24-year-old had no interest in the lecture, called Creative Writing for the Illustrated Book, assuming it would be focused on children’s picture books, but had to take it as it was a compulsory subject for her degree.

But just 30 minutes into the lecture, she was enraptured and her mindset completely changed when she realised she could combine two of her loves – drawing and writing – into an illustrated story for adults unlike anything anyone had seen before.

“We were told to think of things from a different perspective, so I wrote ‘underneath the floorboards’ on a sticky note during that lecture, and that’s where it all began,” Ms Turgoose says.

“Then the subject of WWII came up as I had a lot of family that were impacted in some way by the war and growing up in the UK, it is ingrained into your psyche. I always had that vision of becoming a writer and stories that are based in war times are at the pinnacle of sacrifice and survival.”

In a dream start to her career, Ms Turgoose submitted a complete publishing proposal for her book, which she titled Makeshift Galaxy, about two war-torn lovers who were determined to stay together that includes her own stunningly detailed illustrations and was informed after just eight days that she had a cook deal with Canberra-based publisher Odyssey Books.

Ms Turgoose says the real clanger is that the proposal she submitted was essentially the same one she prepared for the final assignment in her creative writing subject.

“The only thing I did was remove my name and class details from each page in the footer and sent it through,” she says.

“I didn’t sleep for three days to get that assignment done, and I got 93 per cent for it. My lecturers and tutor prompted me to send it in to the publishers. I am amazed that the book that was published has hardly changed from the one I submitted.”

Ms Turgoose says USC lecturers Gary Crew and Ross Watkins and tutor Thomas Hamlyn-Harris were instrumental in guiding and mentoring her through the process, which she described as “a whirlwind of amazingness.”

She says her family’s relocation from the UK to the Sunshine Coast in 2004 was the foundation for her passion for drawing. With all of their possessions on a boat, she only had pencils and paper to entertain herself with for a while and she began competing against her brother to see who could design the best illustrations.

The former Nambour State High School student jumped head first into the world of writing and internet media in 2011, when she created an online adventure and fashion magazine in her first year of a journalism degree at a Brisbane university.

Ms Turgoose left the university after one year and worked full-time on the project, creating a print version of the magazine and launching it Australia wide.

“It didn’t work out due to unforeseen circumstances, but it did awaken an obsession within me for telling stories,” she says.

Ms Turgoose completed USC’s Bachelor of Creative Writing last year and is set to begin an Honours program under the supervision of Prof Crew in April. She is also starting to work on an illustrated novella about her travels through Egypt, a journey she had planned to take with her Nanna Pat before she passed away.

Makeshift Galaxy was released on January 13 and there are a limited number of signed copies still available through tashturgoose.com.