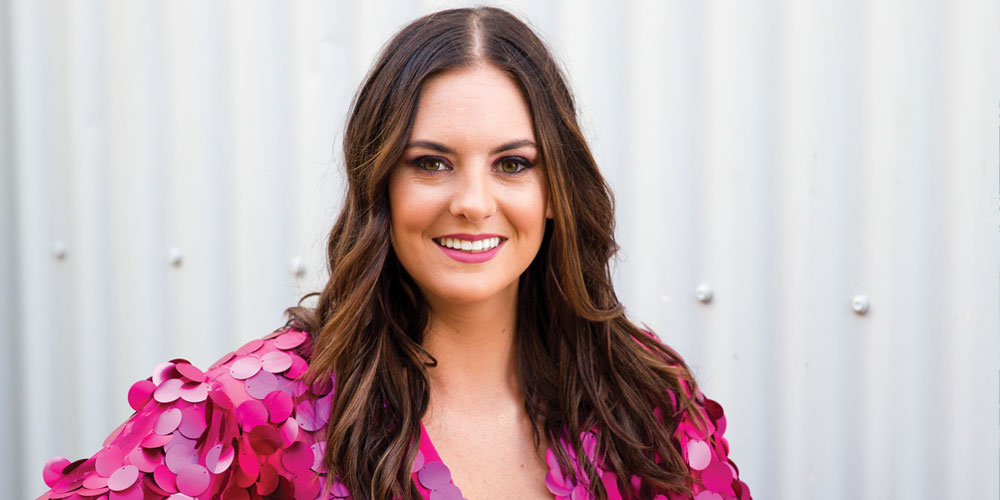 Taylor Moss is one of the hardest working musicians in the industry and now that hard work is paying off, with her latest single, Take It From Me, debuting at number three on the iTunes country music charts.

Ms Moss was the Australian Independent Record Labels Association Artist of the Week when the single came out in mid-April, and the catchy country-pop song is now being played nationally on commercial and country music radio stations.

The Noosa artist is thrilled and after many years writing, playing and performing, she looks set to hit the big time. “My last release I think I got to the Top 40,” she says. “When this single came out, I thought I’ll have a look and see where it’s sitting. It was like, 5am and I did a double-look when it was sitting at number three, one below Keith Urban.”

Produced by Golden Guitar winner Matt Fell, the song tells a story of a woman rediscovering her inner strength after a romantic betrayal and is a perfect vehicle for Moss’ soaring, pitch-perfect vocals.

Ms Moss first entered a recording studio at the age of 15 and got her break at the Urban Country Music Festival in 2012, when she won first place in the talent quest. She was a finalist in the prestigious 2015 Toyota Star Maker competition at the Tamworth Country Music Festival and in 2017, was the support act for Jimmy Barnes. She has been travelling to Nashville once a year since she was 18. Now as she turns 24 with a hit song to her name, she’s grateful for the opportunities the famed music hub has offered.

“I wrote Take It From Me with Katrina Burgoyne and Mary Kutter when I was over in Nashville in August last year,” she says. “We had kind of just met each other. I just went in with a real-life scenario that happened to me and the girls were like, we’ve got to write a song about that. We wrote it in two hours.

“When I go to Nashville I play and write and network,” she says. “Nashville is so inspiring.”

While most people think of Nashville as the country music capital of the world, Ms Moss says it’s more than that. “It’s not just country music, it’s everything,” she says.

“It’s the music capital of the world. Kings of Leon are from Nashville. Paramore are from Nashville. Aerosmith lives in Nashville. It’s the home of Dolly Parton, Taylor Swift, Keith Urban. Everyone is doing something in the arts there, whether they’re an artist, a songwriter, a guitarist, a session player, actors, sound guys, producers.”

“Being Aussie, I feel like I have an advantage as soon as I open my mouth up on stage. I have lots of friends and I do have fans over there. There are lots of people in the States who listen to my music.”

She also has a strong fan base in Australia and especially here on the Sunshine Coast, where she gigs five times a week, performing a mix of covers and originals. “I basically make my money as a cover artist. I feel like as an artist you need to do covers because everyone has a favourite song, whether it was their wedding song or their song when they first met the love of their life.

“If you can play a song for somebody and connect to them on that level, then those people are going to want to hear your music and get to know you. I play my originals every single gig and that’s how I have built up my fan base.”

Ms Moss is a proud independent artist who funds her albums and videos purely through the money she makes gigging.

“I’ve been saving my little butt off so I could do this and put every penny into my passion,” she says. “Everything is funded by me. This one song cost me $10,000. That’s just for a marketer, publicist, recording the song, session musicians, the music video and a photo shoot.”

With Take It From Me doing so well, Ms Moss has her ultimate dream firmly in sight. “I want to go to Nashville for six to 12 months … to fully dedicate myself to the music.

“My goal is to be signed to a record label. It’s really hard to get a record deal – you have to grow yourself before someone will invest money into you. So I will keep building my fan base, keep creating connections and keep putting my heart on my sleeve. I will keep releasing more material and watch my career grow. I’m the type of person that when an opportunity comes my way, I grab it with both hands.”

Take It From Me is out now through Social Family Records.

Children’s book author shares wishful moments to become a mum
What is the true meaning of Mother’s Day?