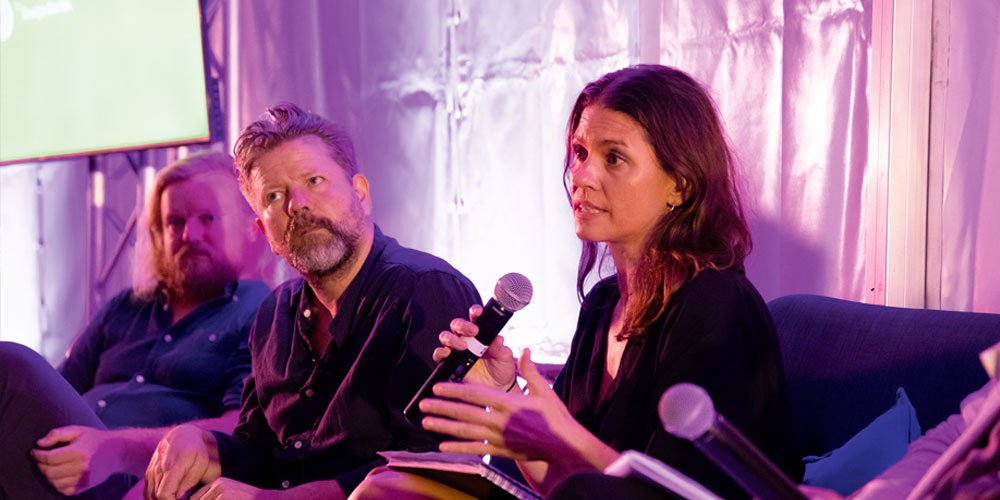 As the new Maroochydore CBD slowly takes shape, have you stopped to think who the creative minds are behind its creation? A key player is urban strategist Bronwyn Adams, project manager for City Activation at SunCentral. It’s her job to come up with creative ways to bring a soul to this greenfield project.

Originally from Melbourne, Ms Adams moved to the Sunshine Coast in 2004 and lives in Peregian. Her passion is discovering innovative and creative placemaking strategies that breathe life into new projects and places. “It’s a vastly different landscape that we live and work in now to when I first arrived,” she says. “I think it really started to shift around the 2009 period, after the GFC. Everyone started to get to gather and build different community groups and work on exciting and different projects. The last six years has transformed the Coast.”

Ms Adams first studied environmental science and worked in a multidisciplinary consultancy where she first started to see the impact of how people work together on place design. She immediately knew that’s what she wanted to do, going on to study a Masters of Social Science (Urban Planning and Environment) at RMIT. “I was originally lecturing at the University of the Sunshine Coast in urban planning and design,” she says. “Then I really wanted to apply my learning more closely.”

In 2016 she took a job as senior urban designer with James Birrell Design Lab in Maroochydore, co-founded the public green at Peregian, became an executive with the Maroochydore Revitalisation Association (responsible for the revamped Ocean Street) and in 2017, co-founded the successful Peregian Digital Hub with Ben Duncan. “It’s always about connecting people,” she says. “It’s about creating relationships and enabling people to build their ideas, helping them to broker them. I do a lot of brokering and getting things off the ground.”

Since she took on her current role in March 2018, Ms Adams has helped create flagship programs to transform the old Horton Park Golf Club site into a new city centre with a sense of community. The creative cornerstone of the Maroochydore City Centre Activation Strategy is the Metropolitan, known as the MET. It is a flexible space designed to bring the community and industry together through events, exhibitions and programs. It is the home of the flagship arts and cultural programs The Refinery Creative Incubator, The Design Series, City Makers and yourcity.yourstory – a curatorial framework capturing this new chapter in the city story.

“What I love about my job is that I love the people,” she says. “I love what happens when people connect with ideas and actively make them happen. I love watching wide audiences come together from all different types of life and age groups and I love watching them enjoy those experiences that you kind of knew were missing on the Coast – they are really embracing them.”

The 53-hectare Maroochydore CBD development still has another 10 to 15 years before it will be completed, so it’s still early days. Ms Adams juggles two kids with her busy job, but says she’s grateful for the experience of being a pioneering placemaker in a greenfield CBD.

“I feel really fulfilled within this role,” she says. “All of my roles and all the work I’ve done on the Coast have never been easy, but the people I’ve worked with and the experiences I’ve had and how I’ve been able to broaden my own skill base have been great. One thing I often reflect on with other people is the opportunities on the Coast – if you’re willing to have a go – are enormous. I hold my community and all the people I work with with such deep regard. I feel the more projects I do, the more I feel connected to this whole place.”