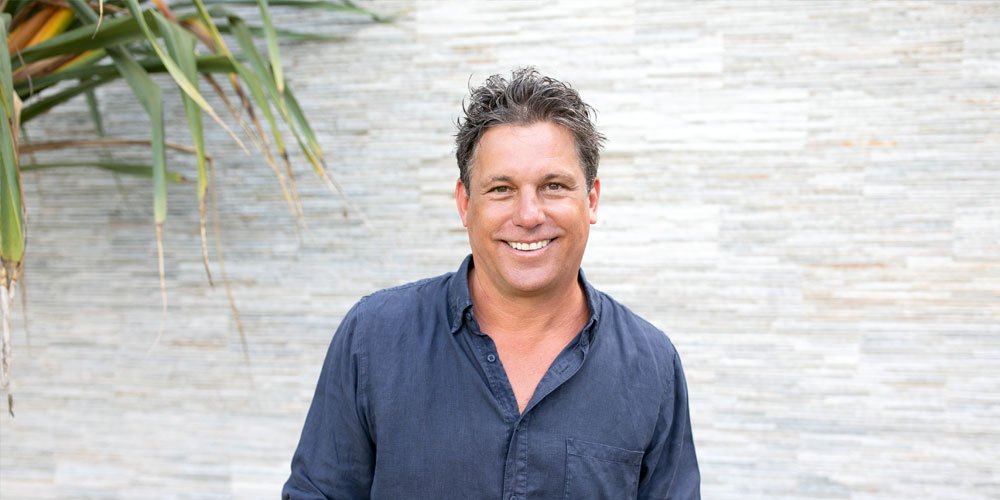 Do you remember the moment you realised COVID was real and life as we knew it was about to change dramatically? Motivational speaker Chris Helder does. It was March 13 and he had just finished giving a presentation in Adelaide. He walked into the Qantas lounge and saw a report on TV saying the National Basketball Association had suspended its season. Within 72 hours, he went from having 60 presentations booked throughout Australia, Asia and New Zealand, to having zero.

As a public speaker for 18 years, he’s delivered close to 2500 presentations, teaching business people how to create an empowered mindset in order to achieve more success and happiness, regardless of life’s hurdles. Now, his teachings are being put to the test.

“I was absolutely in shock,” he says. “I definitely reserved the right to grieve in that time and I think one of the hardest things about COVID for everybody has been that it wasn’t something we could plan for, so it was a shock and I definitely grieved for a couple of weeks.

“One thing that is important in my philosophy is it’s important we do understand grief is okay and grief is useful. It’s part of the healing process. But there is a point where we will say to ourselves in any grief situation, this grief is no longer serving me; it’s now time for me to turn that into a learning and move forward.”

Move forward he did, taking his dynamic presentations online.

“I realised people would want to communicate via Zoom,” he says. “Now I’m averaging four to five Zoom presentations a week. One of the exciting things for me is my philosophy has been put to the test and it has helped thousands of people get through this time. I’ve done 76 presentations since March via Zoom. It certainly doesn’t pay the same, but it’s great to help people.

“I did joke during the time when all the business disappeared that in a crisis, you never want to be a motivational speaker. Everybody looks at you and says, ‘why don’t you give yourself a talk?’, ‘why don’t you read your own book’!”

Based in Melbourne, Mr Helder quite wisely chose to ride out the pandemic in Noosa and will be back in his natural habitat – presenting live – as the keynote speaker of the upcoming Shine Business Women’s Rise and Shine Conference at Kawana on October 16. A high-voltage motivator, he’ll definitely prove an entertaining speaker for the business women of the Sunshine Coast as he shares his empowering philosophies – most notably, that thinking positive thoughts is not the answer.

Something you notice immediately when you talk to Mr Helder is his half-American, half-Australian accent. He’s lived in Australia for 24 years, but is originally from the US. He studied psychology and sociology at Colorado State University and was a teacher in the ghettos of Los Angeles. There, he met the Australian woman who became his wife and mother to his three sons.

“There is no better place in the history of the world to go through a global pandemic,” he says. “I am absolutely loving walking. The walking here is just phenomenal. I go hiking in the national park, I hiked Mount Coolum the other day for the first time. I go walking on the beaches. I just think it is the greatest place to walk and observe.

“Hopefully this crazy time in Melbourne will loosen up soon,” he says. “It will be interesting to watch what happens in the future. I’m taking things one day at a time and continuing to believe that opportunities will appear.”

The happy place
Say hello to the hero