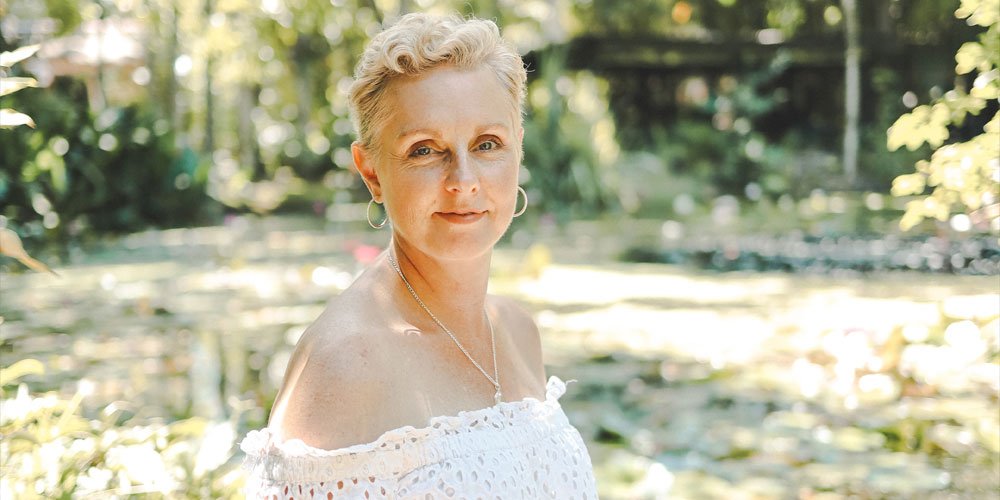 Most of us will remember 2020 as the year COVID hit. Buderim businesswoman Cindy Scott remembers it as the year she was diagnosed with breast cancer after a routine mammogram, just weeks out from her wedding. The doctors told her she had a 91 per cent chance of survival if she followed their treatment regime, but all she could think about was the remaining nine per cent.

“It was going to be the most amazing year,” she says. “I was getting married, I had my business plan, I was living in paradise at my home in Buderim, I had a great vision for my future.”

It wasn’t her first cancer diagnosis, but it was the most serious. The first one was a five-centimetre ductal carcinoma in situ (DCIS), which was found in 2016 and wasn’t aggressive. She had a lumpectomy and as the cancer wasn’t in her lymph nodes, chemotherapy wasn’t suggested and she refused radiation and drug therapy.

The second diagnosis was a different story. It was a one-centimetre cluster in Ms Scott’s lymph nodes and this time, she needed a lumpectomy and surgery. This was followed by 13 rounds of chemotherapy and 18 herceptin infusions spanning 18 months. Following the treatment, she had a double mastectomy and breast reconstruction in July this year.

“I had a lot of resistance to the double mastectomy,” she says. “Part of me feels like I should have been able to heal myself… A part of me thought, I might just not bother. But when I had genetic testing, I found I have both the BRCA1 and BRCA2 gene mutations. The geneticist that tested me said he had never met anyone who had both. That kind of shook me.

“I consulted with three different breast surgeons and I saw a naturopath who specialised in breast cancer. He said, ‘women with your diagnosis don’t make it if they don’t get a double mastectomy’. So I booked it in. It’s such a big thing and I thought, what am I going to look like? There was a bit of vanity going on – I’m only 50.

“It was easy, in the end. I had the mastectomy and the reconstruction at the same time, slept for 48 hours, then woke up and thought, right, I’m ready to get back to work. The breast surgeon found more cancer in the breast tissue, so thank god I did have the mastectomy.”

Ms Scott was offered radiation and drug therapy once again, but was told she was in a ‘grey zone’ and could choose to decline. Following her mastectomy, she has gone down an alternative, natural path and this has led to her creating a beautiful cancer journal to help others who are going through a time fraught with great fear, doubt, confusion and uncertainty.

A leadership and executive coach who’d run a successful coaching business for 13 years before moving to the Sunshine Coast, Ms Scott was a positive person who found herself blindsided by her second diagnosis.

“My wedding had been cancelled, my hair was falling out and I went into a really dark place. I said to my fiancé, ‘now is the perfect time for you to run’ and he said, ‘no, I’m staying’. I was sitting there feeling sorry for myself, looking ugly and bald. Then I thought, what the f**k? I have all these coaching tools I’ve been using for clients for years. It was a lightbulb moment. I thought, of course! Why aren’t I using some of my positive psychology and coaching to help me out of this? It was a turning point for me.

“One of the most confronting things was thinking, why me? Why again? Why is this happening to me? I felt intuitively there was something deeper for me to get; some real soul growth for me.

“I started taking accountability for what it was, what the cancer was here to teach me. I see a lot of people saying ‘let’s conquer cancer’, ‘let’s fight it’. I wanted to meet it with compassion and understand what this visitor was here to tell me.”

Ms Scott calls 2020 her ‘soul sabbatical year’, where she cut back on work and spent a lot of time asking questions to understand herself better and meditating twice a day to calm her nervous system.

“I approached it the second time very differently,” she says. “I sat with it and was far more vulnerable. I let people see me fall apart, I let people see I wasn’t okay and as a result, I got a lot more support.”

It was during a Zoom call with a group of likeminded women who run heart-centred businesses that the idea for her book was flagged. “I said no, I’m not an author. I didn’t think the world needed another cancer book. But I had been doing a lot of journalling, which had helped me. So I thought, why don’t I make it a journal? My story is in the book purely to validate the experience of people reading the book. It contains a lot of self-enquiry questions and mindfulness practises so the women reading the book can make it a keepsake.”

Ms Scott’s book is called Healing Journal – The Gift of Cancer and is something Ms Scott says she wishes she received upon her own diagnosis. It is a beautifully presented, hardcover journal lovingly written for every woman with cancer and is designed to support healing in body, mind and soul.

“Only about one-quarter of the book is my own story,” Ms Scott says. “It contains a lot of pages for journalling and in the back is a section called My Health Records, which captures information about your medical team, chemo treatments, radiation, a place to put dates and how you’ve responded to different treatments, medications and complementary therapies. For me, I had all these on pieces of paper everywhere so I thought it would be good to keep it all in one place.”

Ms Scott launched the book at Bloomhill Cancer Care in Buderim in July and was a guest speaker at the recent breast cancer research fundraiser, High Tea by the Sea. She is donating a percentage of sales to the McGrath Foundation and has partnered with the National Breast Cancer Foundation.

Ms Scott wants to help raise as much money for cancer as possible to “put an end to it for good”.

“It’s a lofty statement, but somebody’s got to take the lead on this,” she says. “I don’t know if that’s my role, but I want to do what I can to at the very least, help people understand their journey and take charge.

“I feel amazing now. I feel more alive, more purposeful. I love my work and … I feel so connected to what I’m doing and the difference I’m making. I’m getting a lot of great feedback and it feels so beautiful.”

For more information about Cindy Scott and her Healing Journal, visit evolvingwomen.co/healing-journal. 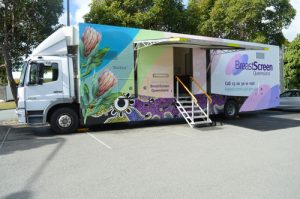 BreastScreen Queensland Sunshine Coast’s mobile breast screening servicewill be at Stockland Birtinya from September 30 to October 8, Kunara Organic Marketplace, Forest Glen from October 11 to 14 and Cooroy from October 19 to November 9.

Awards a big success
Philanthropy and the Arts function