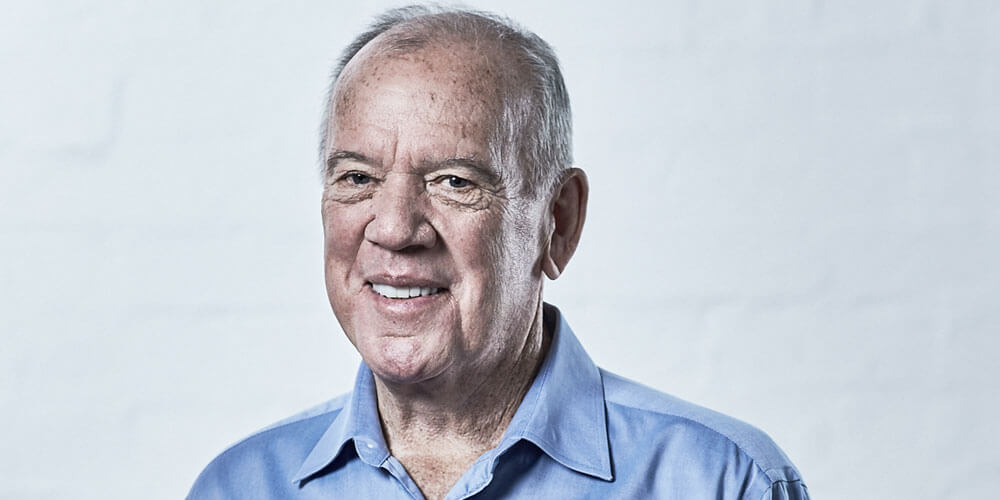 “Hello, this is Mike,” rasps a voice on the other end of the line.

It is hard to place the voice I’m hearing on the phone with the one Australians have become accustomed to on their television screens for the better part of 50 years – the voice of Mike Willesee.

Sadly, it is a result of his latest challenge – throat cancer. You can’t avoid the irony: that a man whose voice has become recognisable to hundreds of thousands of people is now losing it to the subsequent treatment of the dreaded disease.

But, Mr Willesee’s story goes back some way, this battle not defining his life journey.

He began his journalism career as a cadet for The Age before joining the ABC’s This Day Tonight as a war correspondent. He moved on to Four Corners before, with no experience as a producer, he pitched a new show to Channel Nine in 1971 called A Current Affair.

Throughout his lifetime, Mr Willesee has interviewed countless politicians and celebrities, and shone a light on many injustices; made acclaimed documentaries on subjects as diverse as stigmata and ancient tribes; founded the nation’s first FM radio station and brought the Sydney Swans AFL team back from the brink.

He has had success in the horse breeding and racing industry, survived a plane crash and battled with alcoholism. His latest fight is ongoing – he was diagnosed with the stage four cancer a little over a year ago.

Having taken life by the horns since he was a fresh-faced cadet, Mr Willesee tells My Weekly Preview it has been a challenge to slow down somewhat following the diagnosis.

“The treatment to stop the cancer has knocked me around, but they have examined my throat and neck and can’t see the tumours anymore. It doesn’t in any way mean I’m cured [or] the prognosis is good. You can tell your readers that I looked quite handsome [during the interview],’’ he quips.

It is this wit combined with a steely determination and passion for journalism that has seen Mr Willesee, now 75, become one of the most respected media personalities in Australia. While a huge portion of his life was played out publicly, Mr Willesee’s recently released autobiography, Memoirs, also sheds light on his early years.

Spurred to write the book following his diagnosis, Mr Willesee says he enlisted the help of his journalist daughter Amy Willesee and her husband Mark Whittaker.

Mr Willesee admits there was a lot about his upbringing he had never talked about with his children, but says that is because he had always looked forward in life, not backwards.

“Amy especially said she was really surprised at some of the stuff she didn’t know and maybe it has helped her to understand some parts of me better,” he says. “I have never been one to reflect, but when writing a book it just made sense to start from the beginning and a lot of stuff came out.”

Like how he felt he never bonded with his mother due to being born with pyloric stenosis (a narrowing of the valve from the stomach into the small intestine), which saw him almost die just a few days after being born and spend countless months in hospital away from his mother.

Like how his father, who was a dedicated Labor politician and Whitlam government cabinet member for many years, sent him away to Bindoon Boys Town to “toughen him up” and effectively changed his life forever.

It was at this institution, which his father held in high esteem, that Mr Willesee immediately found himself an outsider, verbally and physically abused by boys much older and bigger in stature. The abuse was relentless and he tried his best to fit in.

One day, the boys told him to get the rifle he had access to as the assistant rabbit trapper and to follow them out into the bushland.

A little weary, the young Mr Willesee followed and then something snapped. They tried it on and he’d had enough.

“Just like I’d seen in the movies, I aimed the gun down in front of his feet and fired,” he wrote. With his bullies fleeing behind trees, Mr Willesee loaded the rifle and shouted the name of the boy behind each tree, before aiming at the trees and letting off a round for each of them.

“They got the message because they all bolted, and they never came at me again. I do think that moment changed me forever,” he says.

“It is very hard to analyse with any accuracy how your childhood experiences shape you, but that was a terrible experience for me and I stood up for myself finally in a way I never would have dreamt of in my quiet suburban, working class upbringing. I suspect it helped me stand up to a lot of people in situations later in life.”

It was standing up to politicians that earned a young Mr Willesee respect as a talented interviewer. He cemented himself into legend through ‘the Willesee stare’, where he would literally let silence hang in the air between him and his interviewee.

He would comfortably sit while inevitably, his subject would squirm and start talking to fill in the silence.

As his career grew, Mr Willesee craved adventure and began to see the Vietnam War as the great untold story of our country.

In Memoirs, he recounts a few nail-biting instances during his wartime correspondence, one of which almost saw him taken hostage in the jungle by an armed Viet Cong.

“For a young man, that was an incredible experience for me and it is still with me. It changed my life.

“I really believe I grew up in Vietnam. I don’t understand it, wars are useless and if you look at the wars we’ve been engaged in as Australians, they are completely fruitless.

“Vietnam, Iraq, Somalia and Afghanistan, when you leave, the situation is just the same, except that you have killed a lot of young Australians.”

Once he had forged a path for himself and become highly sought-after in the media, Mr Willesee ensured he made time for the most treasured thing in his life – his family.

Married three times with six children and 11 grandchildren, Mr Willesee has, over the years, turned down exciting job prospects, dinner with the likes of Sophia Loren and many other offers from celebrities in order to make sure he was home in time to cuddle his children before bedtime.

Not one to rest on his laurels, Mr Willesee is focusing on completing his treatment and working on his next book.

“If you stop looking forward to tomorrow and striving to meet the challenges of tomorrow, you are giving in and saying ‘I’ve had my go and now I will relax.’ I don’t want to do that,” he says. “I will keep moving forward.”