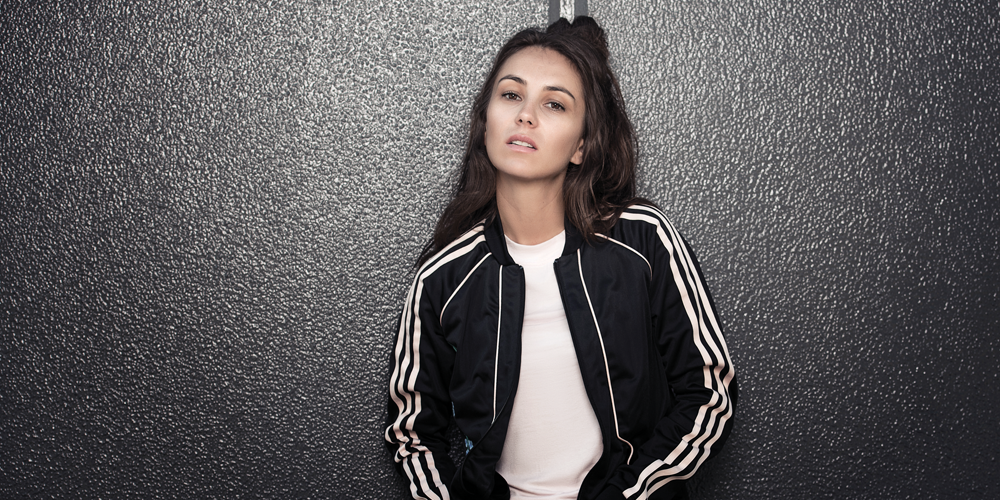 Ms Shark is heading to the Sunshine Coast as part of her regional tour and says while she headlined the Sea N’ Sound Festival earlier this year, she hadn’t performed a gig on the Coast for many years.

“Noosa is a real hang that me and my family do every year so it’s really great that I can play on the Coast,” she says. “I never thought I’d be able to play there.”

The humble 33-year-old has performed on The Late Late Show with James Corden and The Tonight Show with Jimmy Fallon to audiences of millions and says she continues to feel like her life is a dream.

Ms Shark came to the attention of the nation following the launch of her debut single, Adore, which came in at number two in the Triple J Hottest 100 for 2016 and was subsequently picked up by commercial radio stations. However, she had been doing the hard yards for many years before this breakthrough, which she credits to securing a Regional Arts Development Fund Grant. Ms Shark had actually failed at her first attempt to secure the grant, which pushed the recording of her EP Night Thinker back by 12 months.

But when it was released, the world was well and truly ready for her unique blend of pop and punk. Then came Love Monster, which won an impressive four ARIA awards and her singles Adore, I Said Hi, Weekends, All Loved Up and Mess Her Up all hit the coveted Platinum milestone.

Ms Shark says she became obsessed with music at a young age. “My parents had a great library of amazing bands and artists for me to start listening to at an early age and my ears tuned in really quickly, but I didn’t have the confidence to think that I could sing,” she admits. “All I wanted to do was play guitar. I grew up listening to Mariah Carey and Beyonce, so I thought if you couldn’t sing like those girls, it was a case of don’t even bother.

“But then I found the punk scene and they sung more like what I was capable of, so I felt okay to give it a go.”

Ms Shark played guitar in all-female punk bands Dorothy’s Rainbow and Hansel Kissed Gretel before moving on to her solo music projects, which she funded by working as a video editor for the Gold Coast Titans NRL Club and working the covers circuit around her Broadbeach Waters home.

She describes her time on the covers circuit as “soul-destroying”, but it provided her with the money to hit the recording studio to capture her original music. “Over the years so much stuff happened in my life with relationships and other dramas and I needed an outlet to talk about it, so I did it through my music and it became addictive.

“I always have a guitar in my hand when I’m at home or on tour and I’ll fiddle around on the guitar for hours. Sometimes I might fall into chords like I did with Adore and hear that they sound pretty or they sound strong. If it’s a good day, I’ll come out with something in one session, but others might take me a while.

“I went in pretty fearless with Night Thinker and just wrote from the heart. With Love Monster, I was confident that I knew I had what I thought were some good songs to share with the world. And went into it with a mindset of even if this was as far as I go, if I crash from here, who really cares?

“For me, it’s just so important that my songs connect. I give a lot of myself to my fans and I want to keep giving them those details in my songs.”

Ms Shark says one of the “really heavy” parts of being so open is that she often hears the emotional struggles her fans go through at meet and greets. “I’ve had people collapse and break down as they share their tough times and, on reflection, it makes me think that I wrote quite selfishly in that I was reflecting on how bad my life was at a particular time and didn’t think too much about how my messages might affect others,” she says.

“But it is incredible when I hear stories of how people have related to my music and used it to lift them up, like if they’ve been bullied or had an incredibly emotional relationship. To hear that it has helped them and they have connected to me in a way that makes them feel like they know me so well is really beautiful.”

Just a few years ago, Ms Shark was stoked to sell around 80 tickets to a gig in her home town, but now she is selling out arenas and headlining major festivals.

“I still get nervous any time I’m doing a show or going on tour … because I always stress about whether anyone is actually going to turn up,” she says.

“I guess I’m scarred by all of those years of being let down because it was really hard to make any waves on the Gold Coast.”

But she says “the next stage is going to be great. I’m definitely going to attack my next album differently and continue to let the music do a lot of the talking.”\

Amy Shark will perform at Venue 114 on October 18. Tickets are available now at ticketek.com.au.